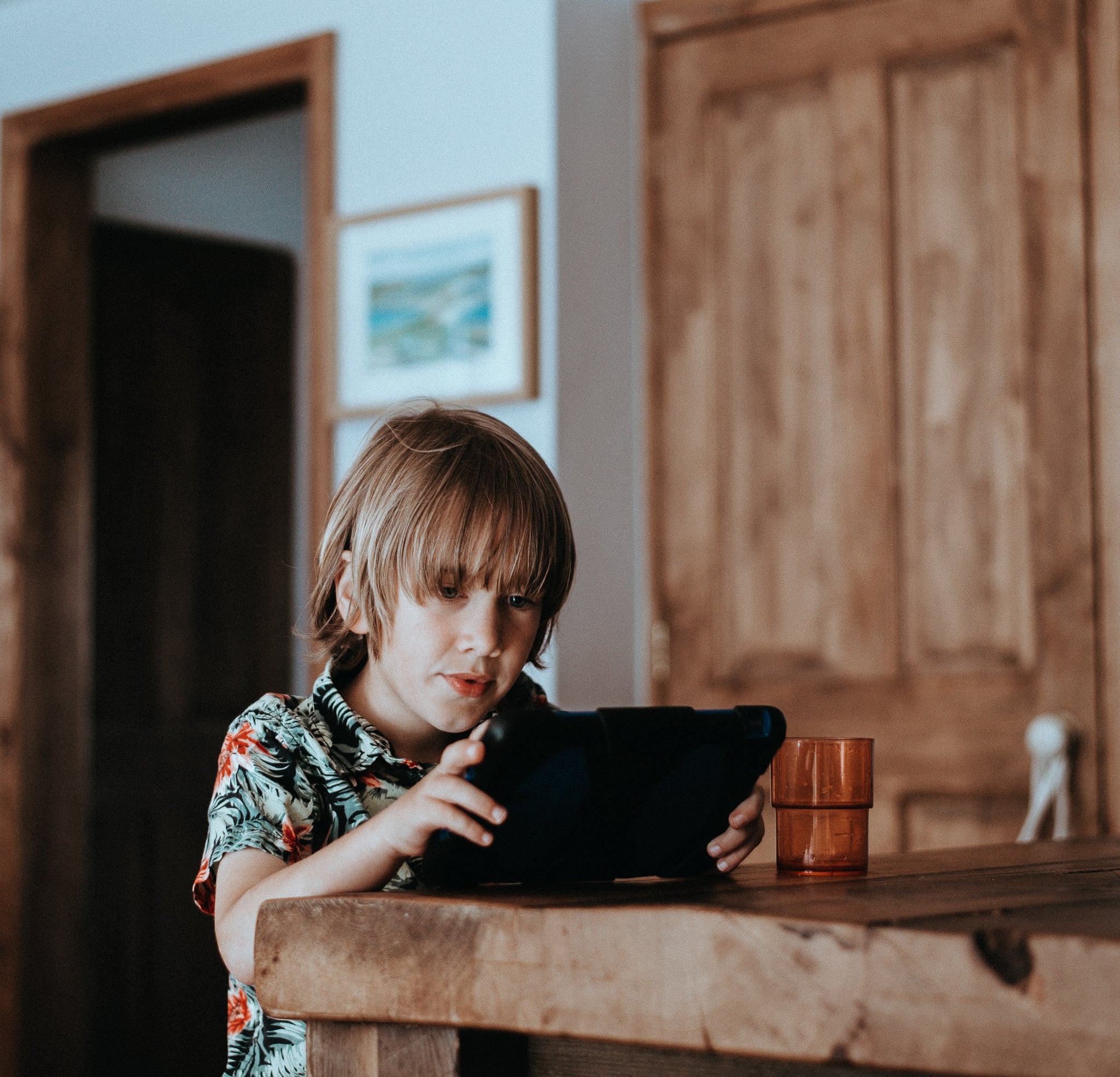 Last week, I noticed my 8-year-old daughter was spending a lot of time on her iPad, a less-than-unusual state of events. What was odd: whenever I came near her precious screen, she seemed determined to not let me see it. I assumed she was watching something questionable on YouTube Kids, which claims to screen all its videos for age appropriateness but still lets some weird stuff slide through (hence my 5-year-old son's new favorite phrase: "what in the flipping hell?").

When I asked, then demanded, to know what she was viewing, she flat out refused to answer. When I forcibly removed her iPad from her hands, she flipped out. "I'll delete it, Mom; just give me back my iPad," she begged. That obviously wasn't happening, so I started scrolling through her apps, searching for anything suspicious. On the last screen, I landed on TikTok, a social media app she's absolutely not allowed to have because she's not allowed to have any social media apps.

My first question (following in my fave celeb mom Reese Witherspoon's TikTok-clueless footsteps) was what exactly is TikTok?! She described it to me pretty accurately as a social media app that let her watch short videos (15 seconds to be exact), mostly of people lip syncing to music or funny dialogue.

Since she didn't have her own account, she was just watching videos, not creating her own or sharing them, and she told me she also wasn't "liking" or commenting on videos, mostly because her third grade teacher had warned her class that online comments live forever and they should be super careful what they post. Thank you, Mr. R. Since my husband and I have decided she shouldn't have a phone or any social media until middle school (which seems ridiculously early to me and insanely late to her), TikTok was a goner. But honestly, it didn't sound as awful to me as some of the other social media apps out there.

When the drama died down, we had a long talk about why we've banned social media for now and how when she is old enough to have an Instagram or TikTok account, I want to have an open dialogue about the positives and negatives of her social-media life. What had she seen on TikTok, I asked her, mostly just silly or funny videos?

Related:
Parents, Here's Why Consent Matters When It Comes to Posting Photos of Your Kids on Social Media

Ya, she responded, but she saw some weird stuff, too, like a string of videos about how no one likes tall girls. "Tall boys only like shorter girls, and short boys only like short girls," she parroted from a video. "No one likes tall girls." Her perplexing refusal to drink milk for the last week because she "didn't want to be too tall" suddenly made sense, and any lingering doubts about whether I had been too hasty in deleting TikTok for her iPad immediately dissolved.

Upon further research, I'm even more convinced that TikTok is not for my grade schooler. In February, the FTC fined the app's parent company $5.7 million for illegally collecting and using children's personal information without notifying parents. The FTC also warned that strangers can send direct messages to children with private accounts, and there had been reports of adults doing just that, presumably with ill intent, in the app's previous iteration, Musical.ly.

TikTok might be fun, but no-supervision-required, child-friendly fun? For my kid, it most definitely is not.