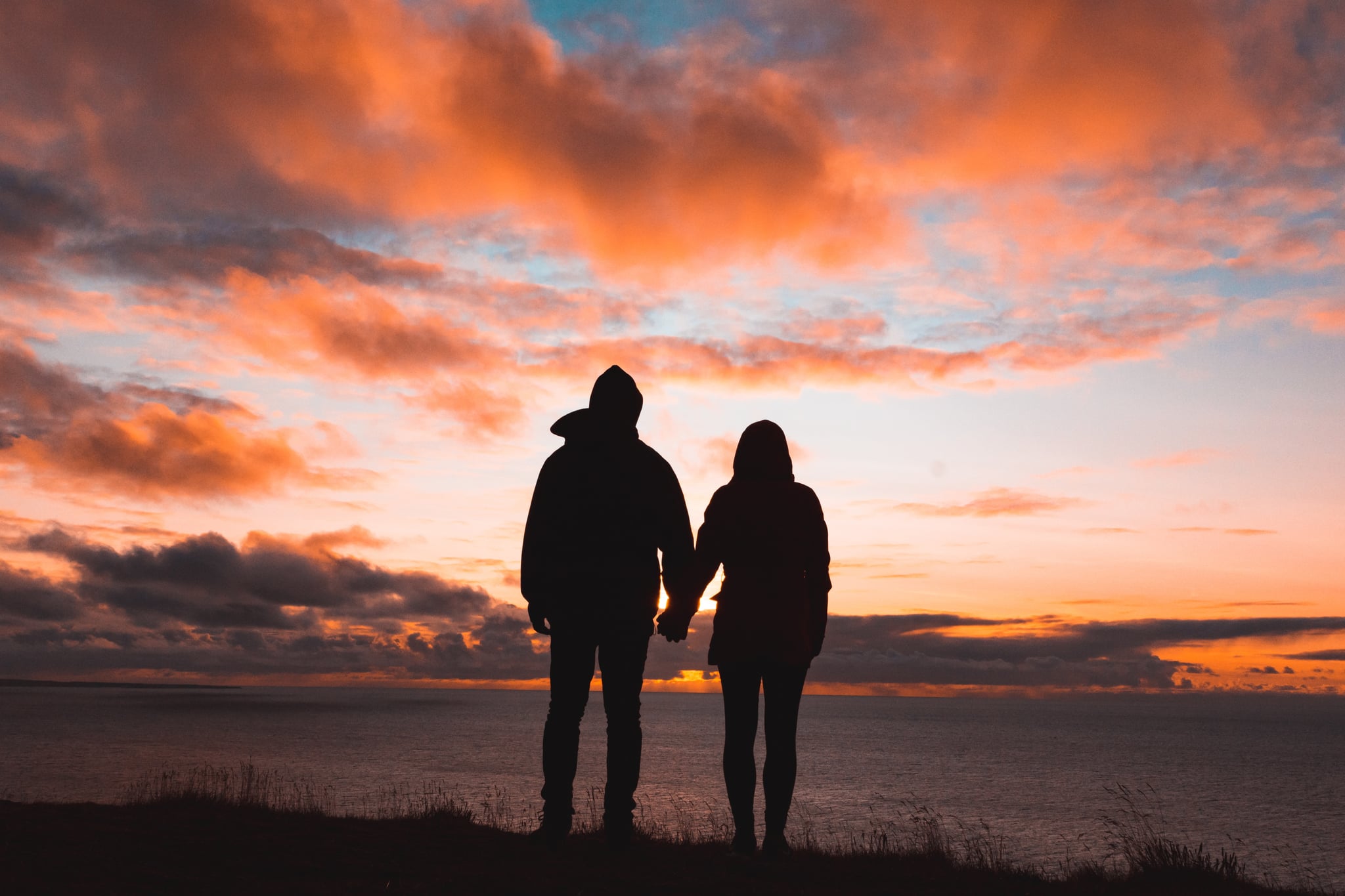 As a 27-year-old newlywed, I get a lot of questions — and well-meaning opinions — about starting a family. Although my cousin with kids of her own reassured me over Thanksgiving dinner that there's no point in rushing into having children, I also get told by friends how nice it is to be a parent when you're on the younger side. And while I don't necessarily disagree with either perspective, my husband, Chris, and I have decided to wait several more years before having kids.

Six months into marriage, I'm happy to report that not only are Chris and I still together (whew!), but we're honestly pretty happy with where we are at in our lives. We read a lot of books. We recently attended a pasta-making class. Overall, we're just hanging out and enjoying each other's company, and I really wouldn't have it any other way right now. However, before we have children, one thing is certain: we need to get our ducks in a f*cking row.

And while many parents I know swear you can just make it work, I personally want to be as prepared as possible before I have a kiddo of my own. I truly appreciate everyone's positive attitude and well-intended comments promising we can figure it out as we go, but I have a few rebuttals to all those hopeful statements.

Related:
Please Stop Asking Women When They’re Going to Start a Family the Second They Get Married

"Just take your baby with you when you travel."

Whenever I see a parent in the airport with a baby in tow, I always say a little prayer for them under my breath. Why? Because taking an infant on a domestic flight — I can't even fathom an international one — is very, very hard, not to mention expensive. I fully understand that new parents need to embark on cross-country journeys with their babies if their family lives far away; however, the amount of gear you need to make the pilgrimage is, well, incredible.

With that being said, I don't really see myself backpacking across South America with a 6-month-old strapped to my chest. I follow a few families on social media who seem to make this work, and more power to 'em! But I think I'd like to sneak a few adult-only trips in first.

"You can have kids and work at the same time!"

No argument here on this one. I fully plan on working when I finally become a parent; however, I'm not sure I need to start thinking about that just yet. I want to accomplish a whole lot more in my career before I start my family. As a childless adult, I can take on more passion projects that might require me to write after hours or do more research on nights and weekends without feeling guilty about being away from home. Simply put: there are a lot more things I want to accomplish professionally before bringing another human life into the world. While you can, of course, achieve your goals with a little one in tow, I have a feeling late-night feedings and daycare pickups make it that much harder.

As someone who's always been notoriously Type A about budgeting, this concept does not compute for me. Giving birth and raising children is extremely expensive, and I want to insure I have enough cash on hand to give my kids a good life. And like millions of people in my generation who are currently paying off student loan debt, I figured it's best to delay procreating until Sallie Mae is finally off my back. Ultimately, I deeply fear struggling financially once I have a baby. While you can't plan for every scenario in life, I truly want to put myself in the best position possible to make sure my family has what it needs. I just don't feel comfortable winging it.

"You don't need to own a home to have kids."

Ever since I was a little kid, I always assumed I'd own a "forever home" that's pragmatically big enough to fit children before starting a family. But now as an adult living in an expensive city where it seems like a blade of grass costs thousands of dollars, I know that this isn't the case. Apartments are fine, as is renting, and, heck, kids don't need their own rooms.

However, I have the fear that if we don't save enough money while we're childless, there's no shot we can do it when we have a baby. You need some serious green for a down payment, no matter where you live but particularly on the East Coast. And while it's easy to tell us to move to a more affordable region of the country, it's also difficult to leave our careers and entire families behind in the name of saving money.

And for what it's worth, it seems like moving with little kids running about is difficult to say the least. Personally, I'd rather be settled for a bit before packing a baby's crib, clothes, bottles, and everything else into boxes. Gosh, I'm exhausted just thinking about it!

My husband and I obviously agree to stave off starting a family for a few years, but I'd be lying if I said I never questioned our choice. But to be honest, I think second-guessing yourself is natural. While I completely get where people are coming from when they say things like "You're never ready to have kids," and "You just have to figure it out as you go," I plan to get those ducks in as nice of a row as possible first. Sure, it could be a mistake to wait, but my husband and I have made plans, and we're going to stick to them.