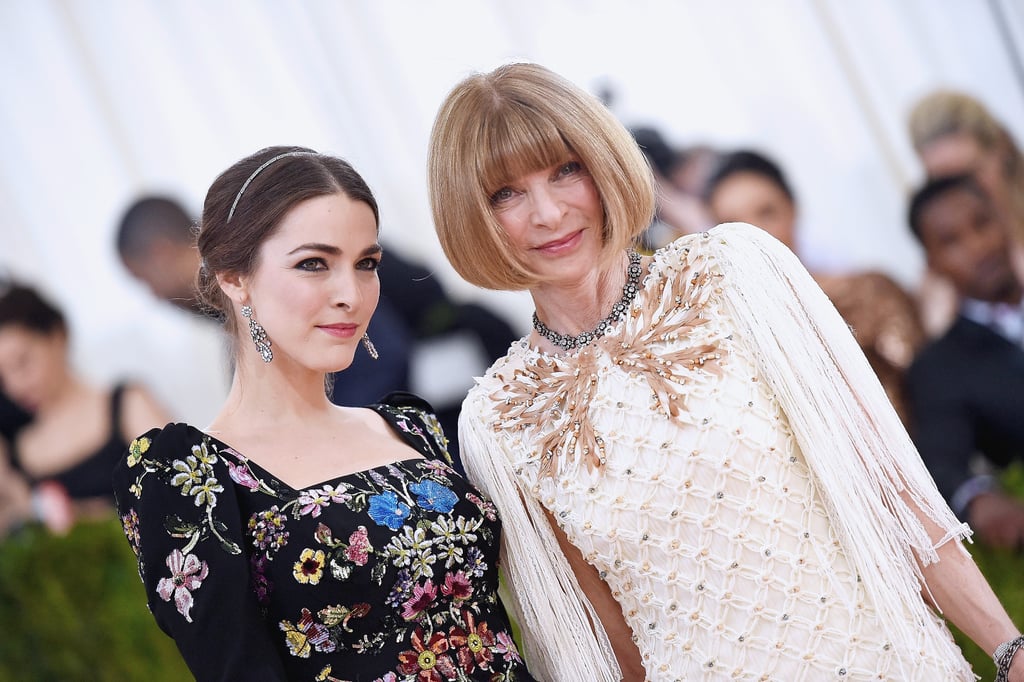 Everything There Is to Know About Anna Wintour's Awesome Daughter, Bee

Anna Wintour's daughter, Bee Shaffer, is not your typical "fashion girl." But she did follow in her mother's footsteps. You see, 30-year-old Bee (born Katherine Shaffer) is a journalist. She currently works as a segment producer at Late Night with Seth Meyers, and at the 2017 Met Gala, Bee flaunted her brand new engagement ring with the Alexander McQueen gown she wore. Bee is set to marry Francesco Carrozzini, the son of late Vogue Italia editor-in-chief Franca Sozzani, who unsurprisingly maintained a relationship with Anna, editor of US Vogue.

Bee is hilarious. Her Instagram makes for great double-tap fodder, as she posts snaps that poke fun at her famous mom and make light of the comparisons people make about her and Trump's former White House Communications Director, Hope Hicks. (They do sort of look alike.)

We're sure it helps that Anna Wintour is her mother, but Bee has worn so many fabulous gowns over the years — mostly ethereal, floor-grazing numbers with a boho tinge — that we've lost track. As we wait to see what her wedding dress looks like (can you imagine?!), look back at some of Bee's most memorable red carpet moments, particularly at the Met Gala.

Celebrity Instagrams
The Cast of Friends Launch Merch With Their Iconic TV Lines, and "I KNOW!" It's Spot-On
by Sarah Wasilak 1 hour ago