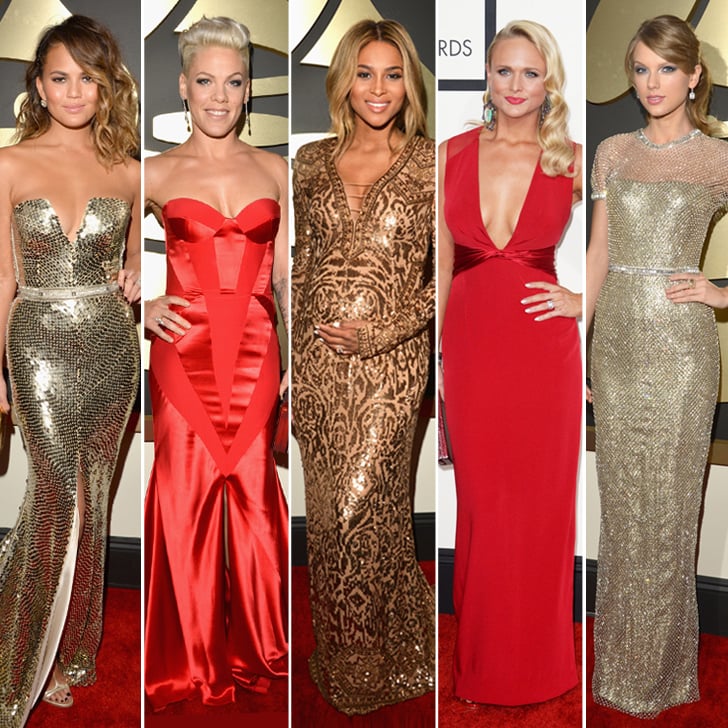 Another fashion-filled awards show, another opportunity to crown the crème de la crème. This year's best-dressed nominees at the Grammy Awards donned everything from sparkling gowns to statement-making cocktail dresses, warranting major sartorial buzz long after the awards have been inscribed. First, there was a trio of glistening golden girls holding it down on the fashion front: Chrissy Teigen put her model curves on full display in a guilded Johanna Johnson gown, a pregnant Ciara stayed true to her sexy signature style in Emilio Pucci, and Taylor Swift's chain mail Gucci Première was worth it's weight in gold. Pink and Miranda Lambert chose a different route by rocking red Valentine's-ready creations, by Johanna Johnson and Pamella Roland, respectively. Although the Grammys red carpet was filled with a slew of fearless selections, it's now your job to chose a champion.