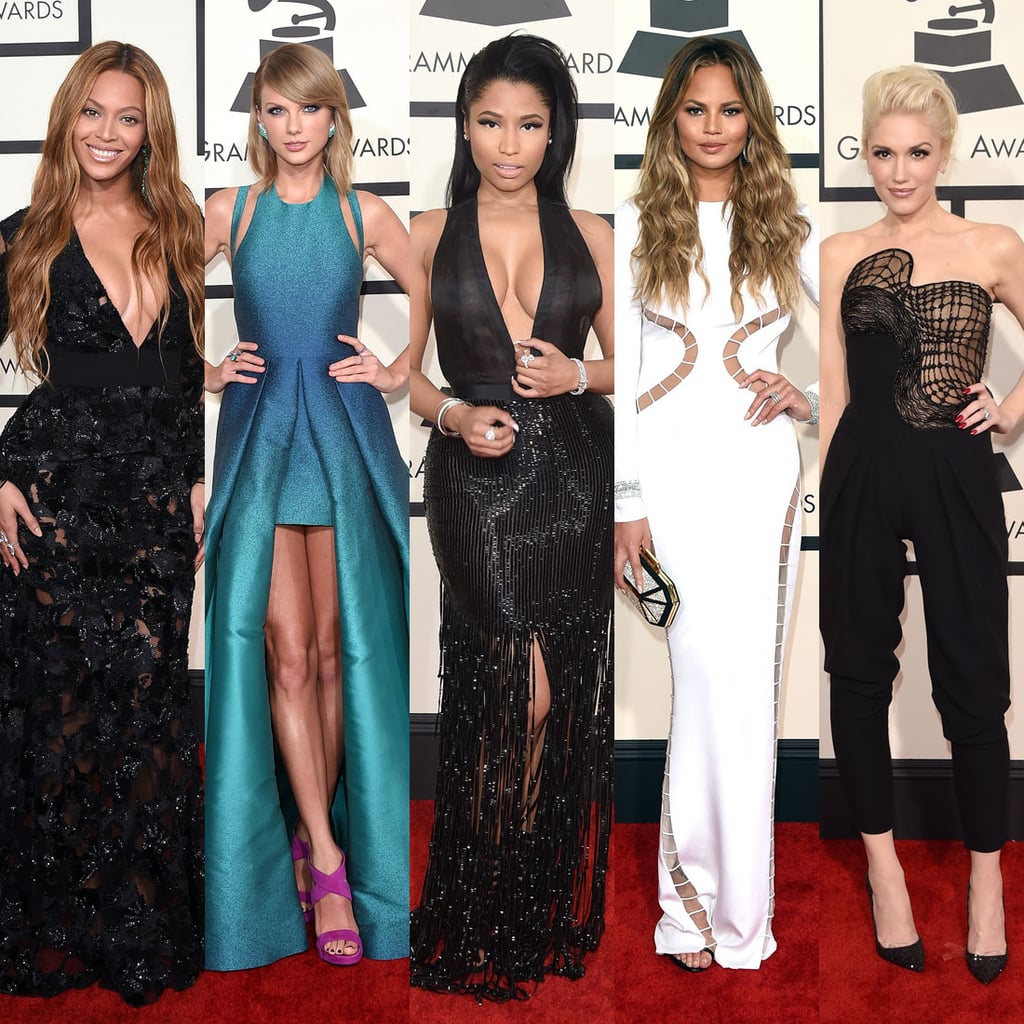 While the Grammys draw out some admittedly outrageous looks, they'll never upstage the real stunners, at least as far as we're concerned. Especially since the best dressed on this year's red carpet were particularly fierce. In fact, we won't blame you if you're mulling over this decision for a while. But when you're asked to make the final call, who will it be: Queen Bey in a glittery and sheer black Proenza Schouler gown, Taylor Swift in a leg-baring Elie Saab number, Nicki Minaj taking the sexy-sophisticate route in Tom Ford, Chrissy Teigen in a cutout Pucci dress, or Gwen Stefani rocking an Atelier Versace jumpsuit? Make it official and cast your vote right here.

Joe Biden
Chrissy Teigen Asks President Joe Biden to Unfollow Her on Twitter: "It's Not You It's Me"
by Karenna Meredith 1 day ago