Beyoncé saved her sexiest dress for the second annual Wearable Art Gala. The Lemonade singer showed up for the gala, which was organized by Bey's mom, Tina Knowles, wearing a gold dress that fit perfectly with the evening's theme of WACO to Wakanda. (That's the name of the organization behind the gala plus the fictional world in which Black Panther takes place.)

According to WWD, Beyoncé chose a custom gown by Indian design house Falguni Shane Peacock that took more than 10 days to create. "We wanted to create an art statement, taking inspiration from the Nubian warrior queen [Amanishakheto]. We felt it was the perfect inspiration when designing for such a strong woman like Beyoncé," designers Falguni and Shane Peacock said. Her stunning dress featured metallic cutouts and a long gold train.

Bey's daughter, Blue Ivy, also made an appearance and totally upstaged her mother wearing a matching gold dress and wig. During the evening, Beyoncé switched into a second gold dress while taking the stage to receive the 2018 WACO Theater Humanitarian Award. Read on to get a glimpse of Bey's amazing dresses. 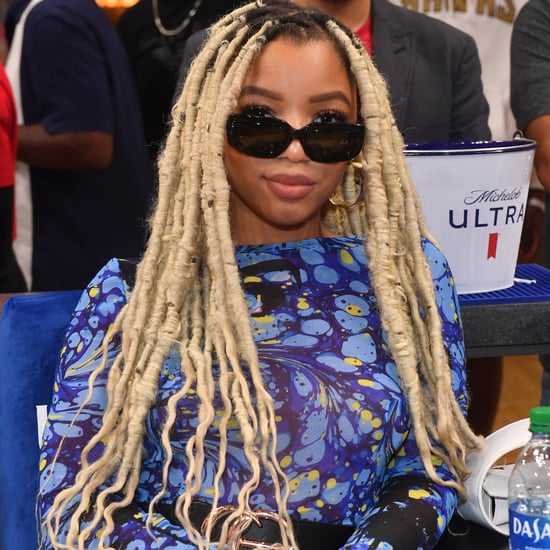 Gucci
Have Mercy! Chloe Bailey Sits Courtside With Gunna in the Hottest Bodysuit
by Yerin Kim 44 minutes ago