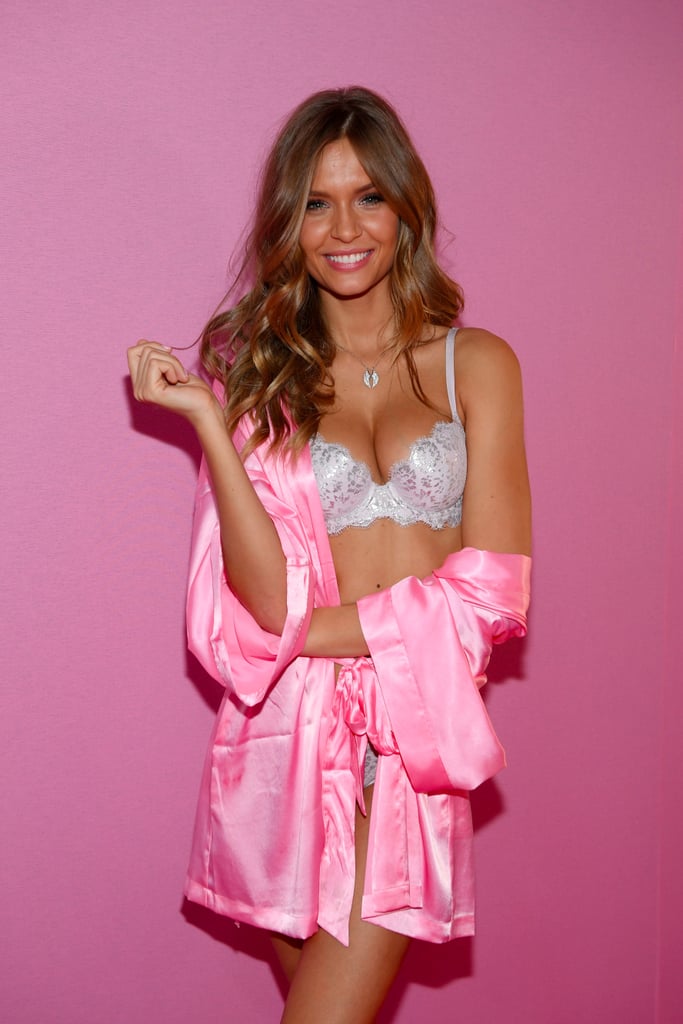 Josephine Skriver Doesn't Mind Being Cold, and Her Reason Why Is Funny and Informative

After the initial awe wears off and we're done practicing our own runway walk, the Victoria's Secret Fashion Show gets us thinking — practically this time. We wonder about the Angels' workouts, what they ate for breakfast that day, and, of course, if they're freezing out there wearing next to nothing. So when we headed to VS's Fifth Avenue flagship to talk to Josephine Skriver — one of the newest Angels and the wearer of 2016's Swarovski costume — we simply asked: is it cold rocking lingerie all the time, both backstage and on photo shoots? Or do those coveted wings have some sort of magical, heated superpowers (and if so, can we get some)?

"Sometimes, obviously it's cold or it's Winter — we shoot all year round," Josephine told us. "But I think the moment that camera points at me, it all goes away. You just become [one] with the room, but then between shots you're like, 'Oh god!' You remind yourself that you're cold. You just have to keep going."

It also turns out there's an unexpected plus side to ditching knit sweaters and robes in favor of slinky lingerie.

"Honestly, you're body looks a little better when it's cold because it all gets tight," Josephine admitted. "And boobs look better when they're cold!"

There you have it, folks. There's a positive to Winter weather after all! Scroll through to see a few photos of Jo where we would've been begging for blanket, then check out all the outfits that took the Victoria's Secret runway.

Zendaya
An Inside Look at the Style Moments to Come in Euphoria's "Rue: Part 1" Episode
by Sarah Wasilak 21 hours ago

Gigi Hadid
Outfit Obsession: I Could Lounge Around in Gigi Hadid's $50 Tank Dress All Day Long
by Sarah Wasilak 2 days ago

Fashion News
Jenna Lyons on Her New TV Show and the One J.Crew Piece She'll Never Get Rid Of
by Sarah Wasilak 3 days ago