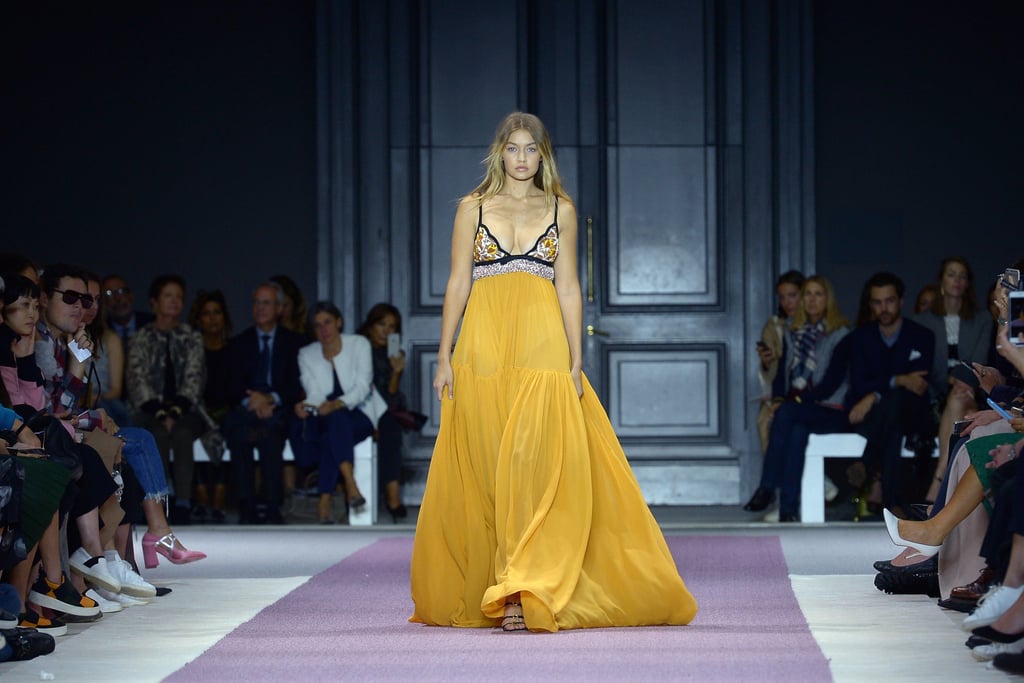 We'd be lying if we said we didn't keep our eyes peeled for Gigi Hadid at Fashion Week. After the runways she walked last season, the killer party outfits she flaunted, and her sporty-but-sophisticated street style, we're positive she'll be slipping into striking looks all month long.

After making major moves in New York at DVF and Tommy Hilfiger and trekking to Milan for Versace, Gigi's now bringing it home on the catwalk in Paris. She debuted a supersexy Balmain ensemble, then slipped into a couple of lovely lace dresses at Elie Saab. But Gigi just closed the Giambattista Valli show in a gorgeous golden gown that just might take the cake for most glamorous.

Read on to see her look from another angle, then scroll to see the rest of Gigi's stylish appearances this month, including a few hot red carpet moments! 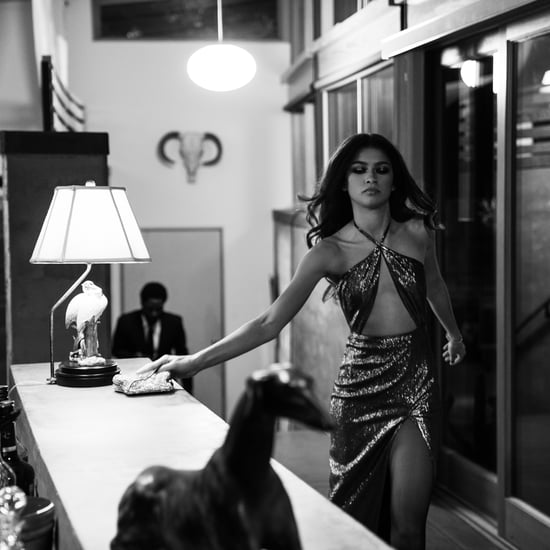 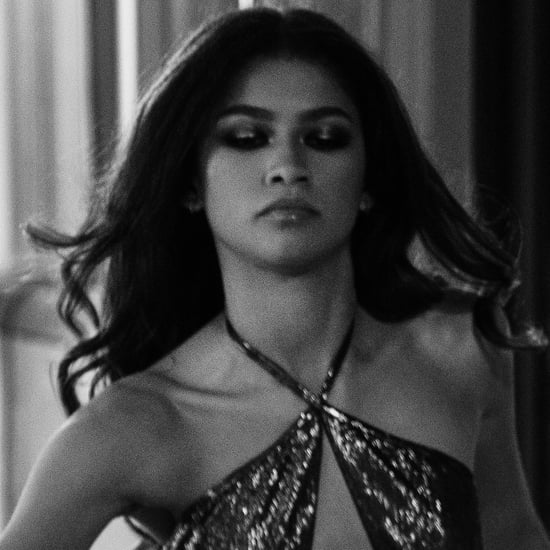 Zendaya
"We Made This as a Family": Zendaya Thanks Malcolm & Marie Crew in Heartfelt Letter
by Chanel Vargas 4 weeks ago