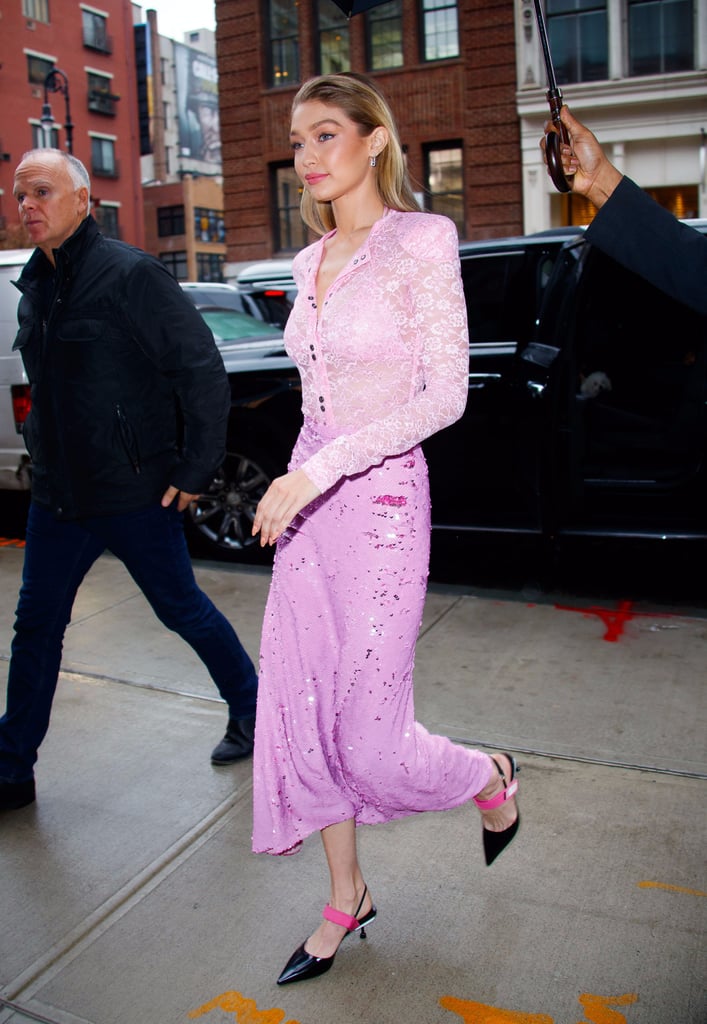 Gigi Hadid could have sent the town buzzing when she stepped out on a rainy day in New York City for an appearance on the Today show. The supermodel was wearing a full-on lilac look by Nina Ricci, which instantly reminded us of the pink metallic set she wore months back. This time, it was Gigi's sequined midi skirt that stood out first. Surprisingly enough, pairing it with a lacy, see-through button-down wasn't a mismatch but a cool clash.

But look down at Gigi's Prada pumps and that's the end game: a pair of Resort 2018 quirky-cool slingbacks with a nail for a heel and a colorblock finish. While Gigi's separates were feminine, her shoes were edgy and out there — a quick trip to outer space, if you will. Read on to get a glimpse of the details (Gigi completed her ensemble with Messika jewels), then shop her Prada stunners, along with similar options.

Tina Fey
Everything We Know About Tina Fey's Golden Globes Hosting Outfit(s), Straight From Her Stylist
by Sarah Wasilak 20 hours ago