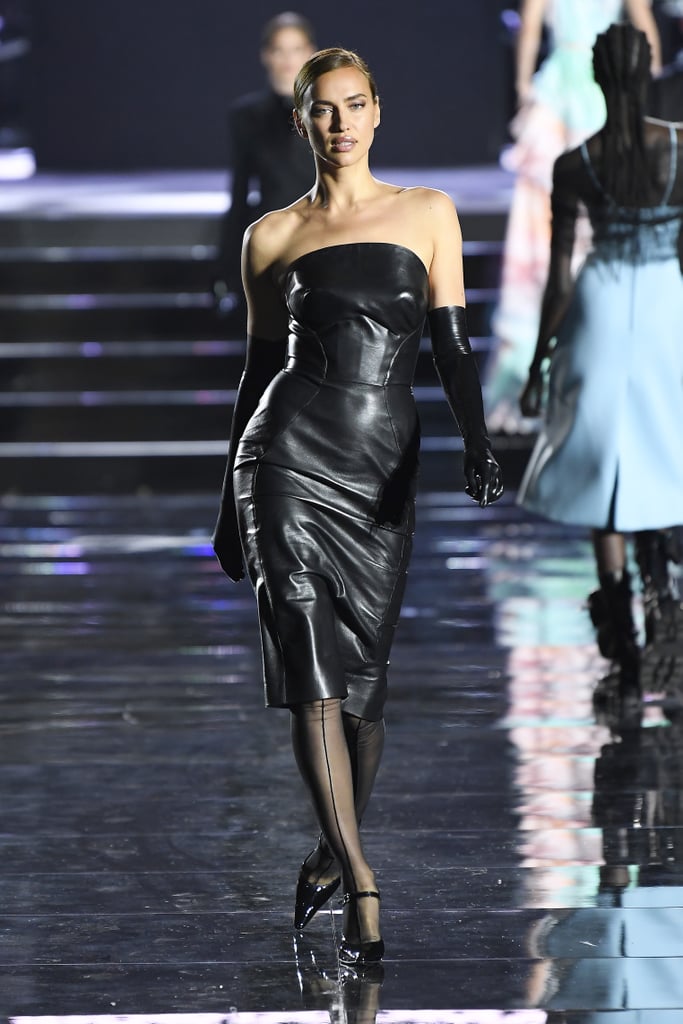 Irina Shayk is back to work after announcing her split from Bradley Cooper after four years. On June 13, the model exuded strength and confidence as she delivered a powerful walk at the CR Runway Luisaviaroma 90th Anniversary Show in Florence.

Irina did have a little help from her badass styling, which included a leather Ermanno Scervino dress with matching latex gloves, as well as one of the sexiest pinstripe skirt suits we've ever seen, from the Mugler archives. Irina was also in good company as she walked alongside Bella Hadid and Joan Smalls at one point. Other models in attendance included Alessandra Ambrosio, Karolina Kurkova, Halima Aden, Lara Stone, and Gigi Hadid.

The star-studded show was hosted by fashion editor and CR Fashion Book founder Carine Roitfeld, and it served as the debut of her CR Runway events venture. The show also commemorated the 90th anniversary of the famed Florentine luxury retailer Luisaviaroma. Look ahead to see some seriously stunning photos of Irina walking in the show. 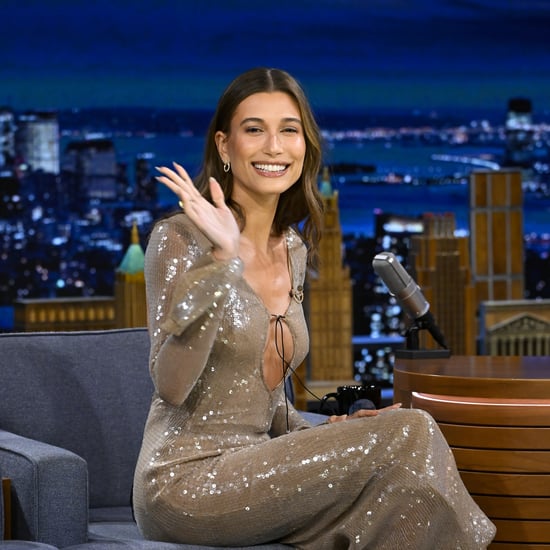 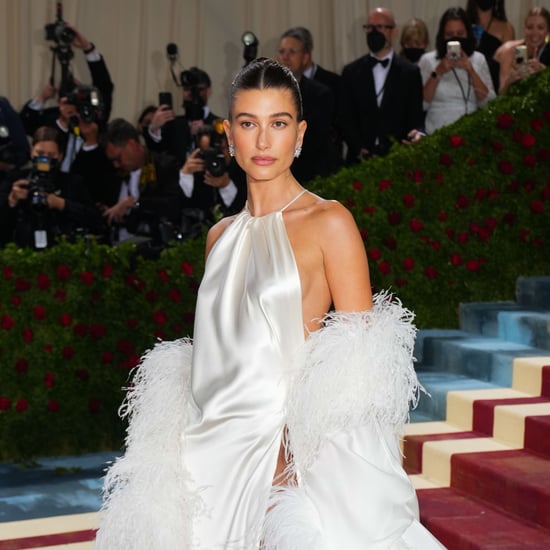