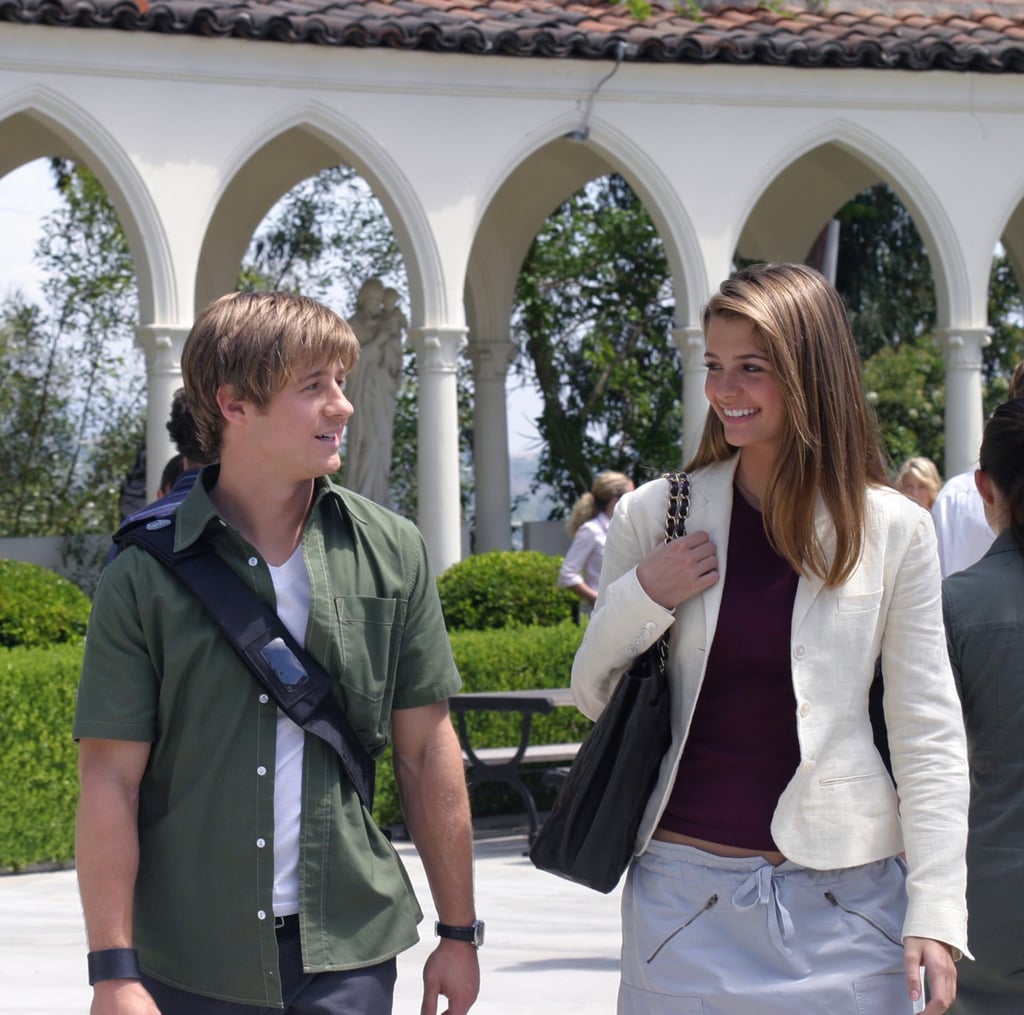 We Know You Still Need Closure About Marissa Cooper's Chanel Bags, and It's Time

I wanted to copy every single one of Marissa Cooper's outfits on The O.C. Who didn't? I definitely tried to collect her slinky going out tops and low-slung flares, and if I ever try to tell you my long beaded necklaces were not inspired by Coop, you have permission to roll your eyes. My mom totally knew it. When my eyes were glued to the TV on Thursday night and I came home from the mall with another long, pearl necklace from Nordstrom's BP section on Saturday, it was a little too obvious.

But what about Marissa's Chanel bags? Naturally, I wasn't picking them up left and right, but Mischa Barton's character was well known for her collection of designer items, and a girl's allowed to be inspired. "Is that a new purse?" Summer says as soon as she arrives at Holly's party in the first episode. "Yeah," Marissa smiles and laughs. "Does your dad ever say no?" Summer asks. UGH, I wanted that to be me. I wanted to be the cool girl at the party with the brand-new bag.

As it turns out, that purse might've been faux. "I don't know who started that rumor but I've heard it and honestly Chanel was throwing stuff at us by the second season," Mischa recently said on the Kyle and Jackie O show. Then she followed up: "But I don't know if maybe that got started because . . . in the first season, some of it was more faked."

Season one stylist Alexandra Welker confirmed this to be true when she spoke to Page Six in 2018:

"In the pilot, I remember we did a fashion fundraiser. I called every designer out there to explain what we were doing and who I was, and they all turned me down. So for those runway looks, we used everything from sale-rack clothes to things from costume houses to things I'd designed myself. We started with a little tiny budget, which was a challenge because everything had to look super high-end. There was absolutely no borrowing [from brands] involved either, because nobody had ever heard of us, so they were very leery of loaning anything. I'll be honest: Those Chanel bags that she carried, those weren't something I could have on my budget. But I found this amazing store in Downtown LA that sold the best-looking fakes I'd ever seen! So we used some really, really good knockoffs."

Aha! So Marissa's Chanel goods weren't 100 percent legitimate — until, it seems, the show took off and the second season began. Either way, I'm still jealous of Marissa Cooper and her style prowess. A good outfit is a good outfit, after all. Read on to see four of our favorite moments where we were left pining for Marissa's handbag. Goodness knows there were way more than that.

Related:
I Need to Get This Off My Chest: Seth Cohen Was the WORST Character on The O.C.
Previous Next Start Slideshow
Mischa BartonNostalgiaAccessoriesChanelTVBagsScreen Style

Music
From Diddy to Brandy, Check Out the Best Performances From the 2022 BET Awards
by Monica Sisavat 53 minutes ago