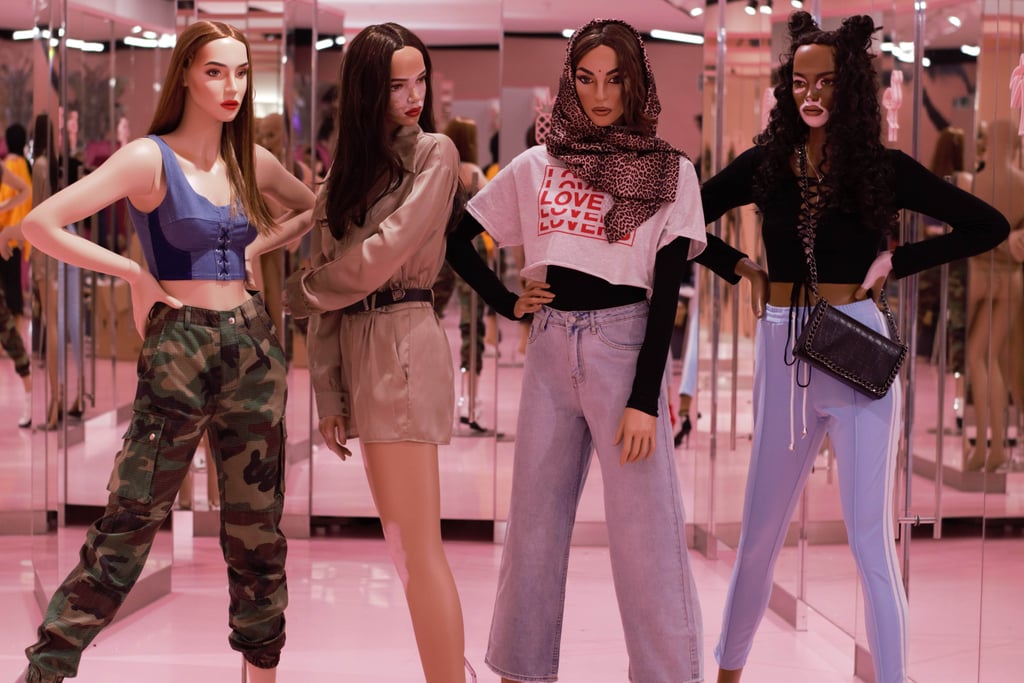 Missguided's Diverse Mannequins Will Make You Stop Shopping, Set Down Your Bags, and Clap

Following its decision to stop photoshoppping models to proudly show off their stretch marks, Missguided has now introduced a new range of mannequins to its London stores, reports Campaign. Representing diverse ethnic backgrounds and featuring natural body features such as stretch marks, vitiligo, and freckles, these mannequins are part of the British retailer's #makeyourmark campaign, which launched at the end of 2017. With an aim to encourage positive body image attitudes, this powerful move has already been applauded on social media, and we can only hope that it'll inspire other retailers to follow suit.

While it's great to see global brands take steps in the right direction, it's important to note that we still have a long way to go. Although Missguided has made a great move, these mannequins still take the form of an extremely thin woman, which isn't a fair representation of the world we live in. There's also still a flagrant lack of diversity in the fashion industry, with some ethnicities being excluded from runways, campaigns, and magazine covers. But as we wait for even more empowering changes, read on to have a look at these awesome new Missguided mannequins that are garnering a lot of buzz.

Related:
Ashley Graham and Her Mom's Swimsuits For All Campaign Is So Heartwarming and Kickass
Previous Next Start Slideshow
Fashion NewsMissguidedTwitterFashion BrandsStretch MarksBody ImageVitiligo