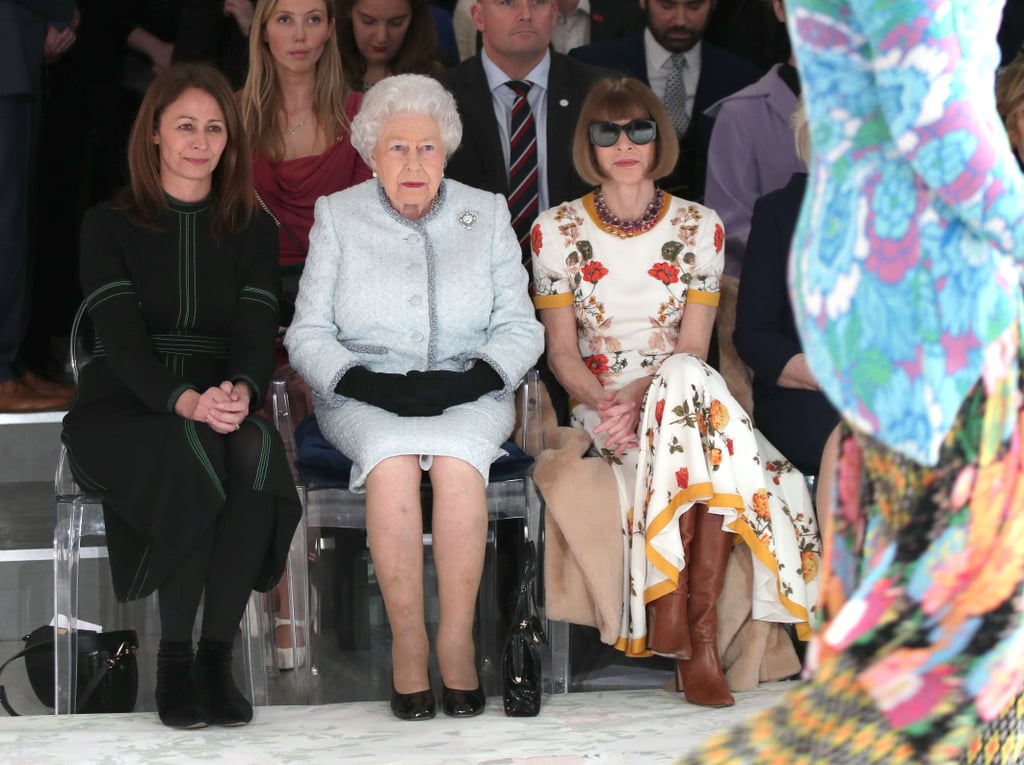 In possibly the most fashionable royal news to date, Queen Elizabeth II stepped out at London Fashion Week — and was seated next to fellow queen Anna Wintour. The queen, dressed in a pale blue suit, made her Fashion Week debut when she attended Richard Quinn's show. Once the catwalk presentation was over, she presented the young designer with the inaugural Queen Elizabeth II award for British designer. Quinn, who showed his previous collection at London's iconic Liberty department store, is recognized for his exceptional prints. Read on to see the queen showcase her best front-row face as she saw them for herself. Side note: the queen claps for no man. 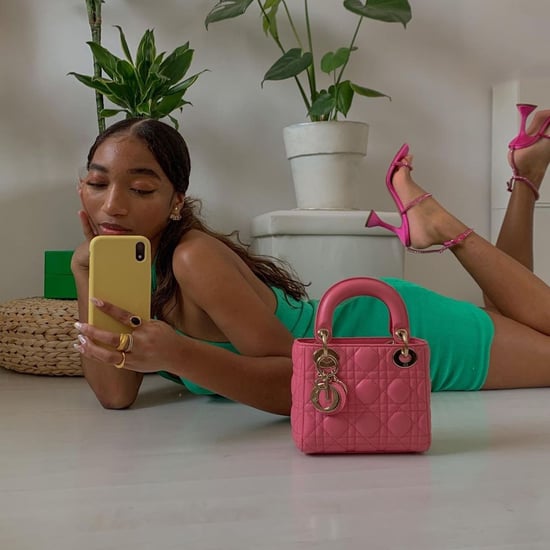