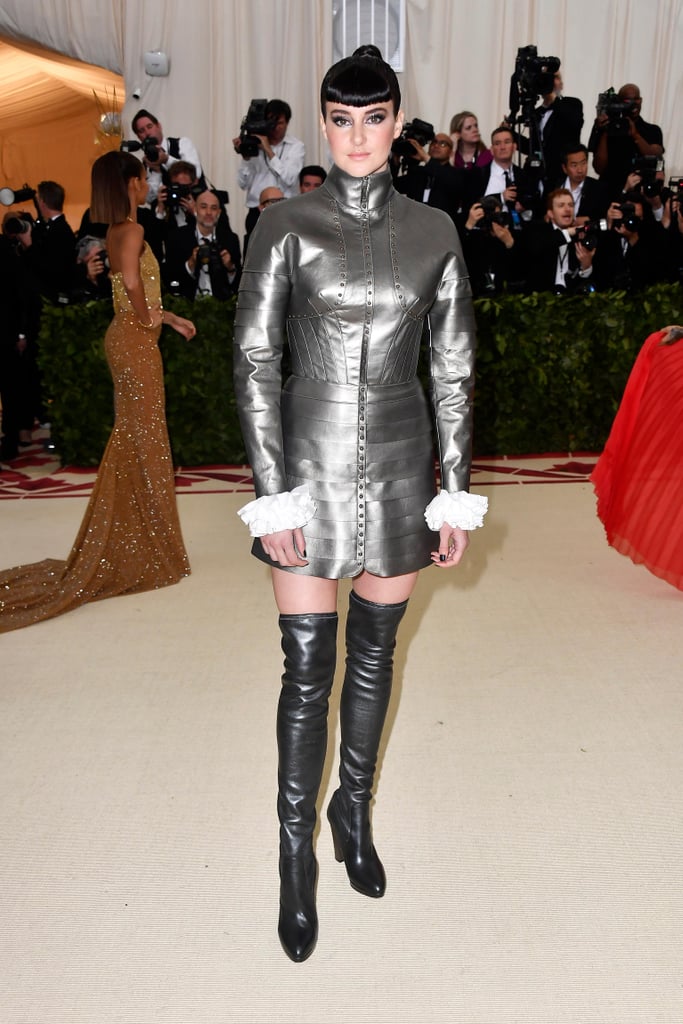 Shailene Woodley is no stranger to taking fashion risks, and we're continually impressed with the red carpet looks she stuns in. On Monday, the Big Little Lies actress channeled her inner Joan of Arc as she arrived at the Metropolitan Museum of Art's Costume Institute Gala, and we're a little obsessed.

Sure, not everyone can pull off this look, but Shailene is so fierce and a total fighter, so this ensemble seems fitting. In fact, we're getting major knight-in-shining-armor vibes from the Allegiant star, and we're not mad about it. The 26-year-old actress donned a custom Ralph Lauren dress, and it's an absolute showstopper. Not only does it look like armor, but it also pays homage to Joan of Arc, who is a religious figure, and therefore fits perfectly with the theme of this year's event, which was "Heavenly Bodies: Fashion and the Catholic Imagination." Not to mention, it screams girl power, which Shailene is all about.

Related:
The Hidden Meaning Behind All the Rose Motifs You Saw at the Met Gala
Previous Next Start Slideshow
Met GalaShailene WoodleyRed Carpet