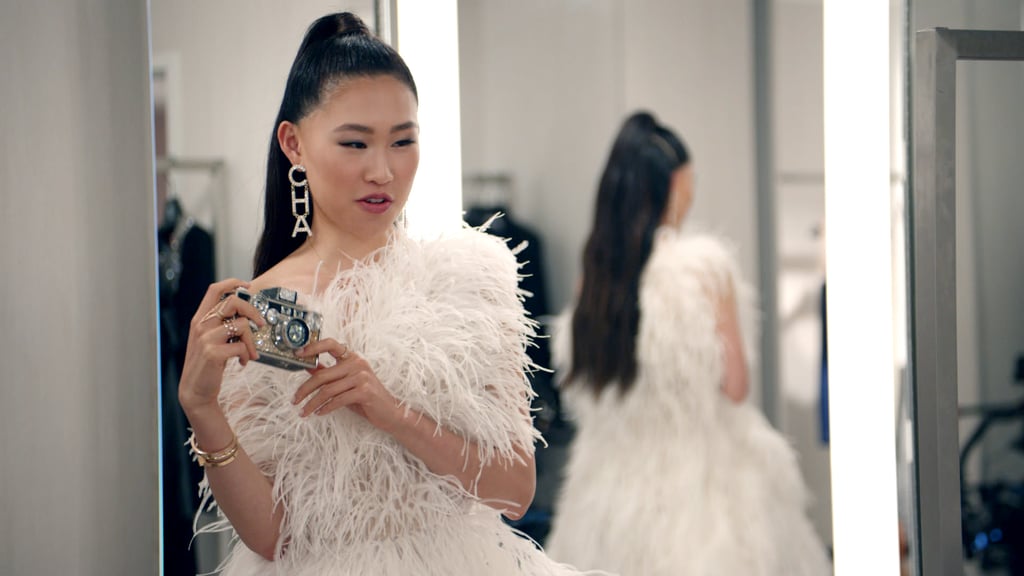 I pretty much made it through the first season of Netflix's Bling Empire within two sittings, and by the end, I couldn't stop thinking about Jaime Xie's incredible style. ICYMI: the reality show follows a group of friends who are, well . . . rich and fabulous. Think of it as Crazy Rich Asians but in a reality show format. There's love, lust, drama, and, as expected, lots of designer pieces. On the show, Jaime is pretty casual compared to the other cast members, save for when she shows up to events in full couture looks. The 22-year-old is the daughter of a cybersecurity technology entrepreneur, Ken Xie, who is basically responsible for VPNs and firewalls.

On the show, Jaime wears everything from Chanel earrings to a stunning feathered gown. If you take a look at her Instagram page, you won't be shocked to see that it's full of selfies and photo shoots of herself wearing one designer after another. We're talking Versace, Chanel, Valentino, Sies Marjan — and we're just getting started. Keep reading to see some of our favorite outfits the starlet has worn ahead.