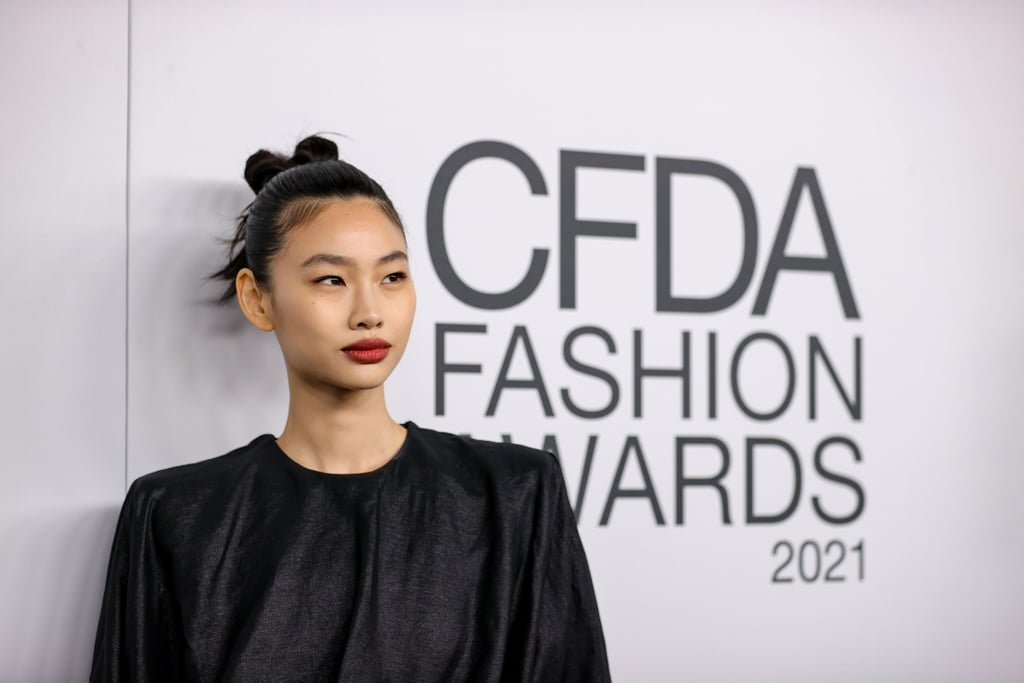 This year's CFDA Fashion Awards, which took place at The Pool + The Grill on NYC's Park Avenue, marked a historic moment as Zendaya was the youngest recipient of the fashion icon title to date. She followed in the footsteps of stars like Rihanna (who can forget her sheer Adam Selman design?), Naomi Campbell, Beyoncé, Lady Gaga, Pharrell Williams, Jennifer Lopez, and Iman, whose own honor came in 2010. Eleven years later, Iman took the stage to speak about Zendaya's influence.

Similarly meaningful recognitions took place — host Emily Blunt, Ciara, Squid Game's HoYeon Jung, Jodie Turner-Smith, Cara Delevingne, and more were in attendance to celebrate the industry's emerging talent and strides in sustainability and inclusivity, which have been championed by the CFDA as an organization since its inception in 1962.

The red carpet at the evening's event was nothing if not heavily rooted in the relationships between designers and creatives and the models and Hollywood stars who work so closely with them all year round. You're bound to appreciate each and every look, so get to scrolling through the most impressive ones we saw, and enjoy multiple angles of the outfits that impressed us most.