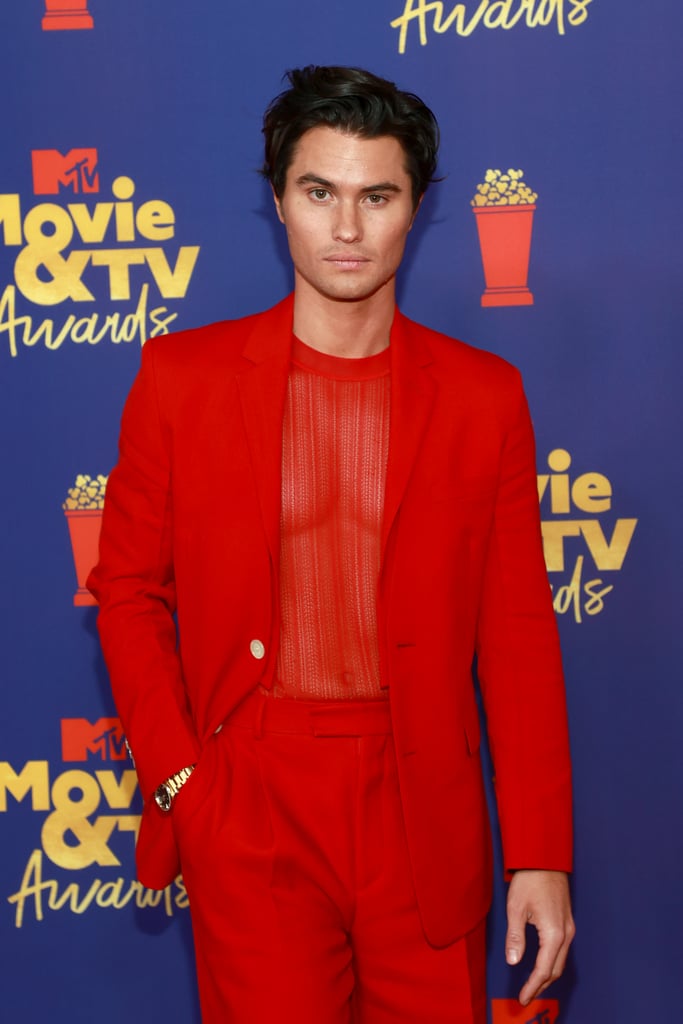 Someone Pass the Windex, 'Cause Chase Stokes in a Sheer Fendi Top Is Fogging Up Our Screens

Chase Stokes looked like sheer perfection at the 2021 MTV Movie and TV Awards — pun fully intended. The 28-year-old actor swapped the tropical-print shirts and bandanas we're used to seeing him wear as John B on Outer Banks for something slightly more fancy on Sunday evening. With help from stylist Avo Yermagyan, Chase rocked a red Fendi suit and form-fitting see-through top that allowed his abs to show juuuust enough throughout the night, almost as a tease for the bevy of shirtless moments we're sure to witness in Outer Banks's upcoming second season. He finished the look with matching red sneakers and a gold Omega watch.

The award show was pretty darn eventful for Chase, so fans were treated to plenty of glimpses at his stylish outfit. After walking the red carpet with his fellow Pogues, he shared a steamy smooch on stage with his on-screen and real-life girlfriend Madelyn Cline while accepting the best kiss award. Even more swoon-worthy? Madelyn matched Chase with the two different looks she wore for the show, thus proving they're totally in-sync.

Read ahead to take a closer look at Chase's subtly sexy MTV Movie and TV Awards outfit, and then learn all the details about what our other favorite stars, including Yara Shahidi, Lana Condor, and more, wore for the big night out.