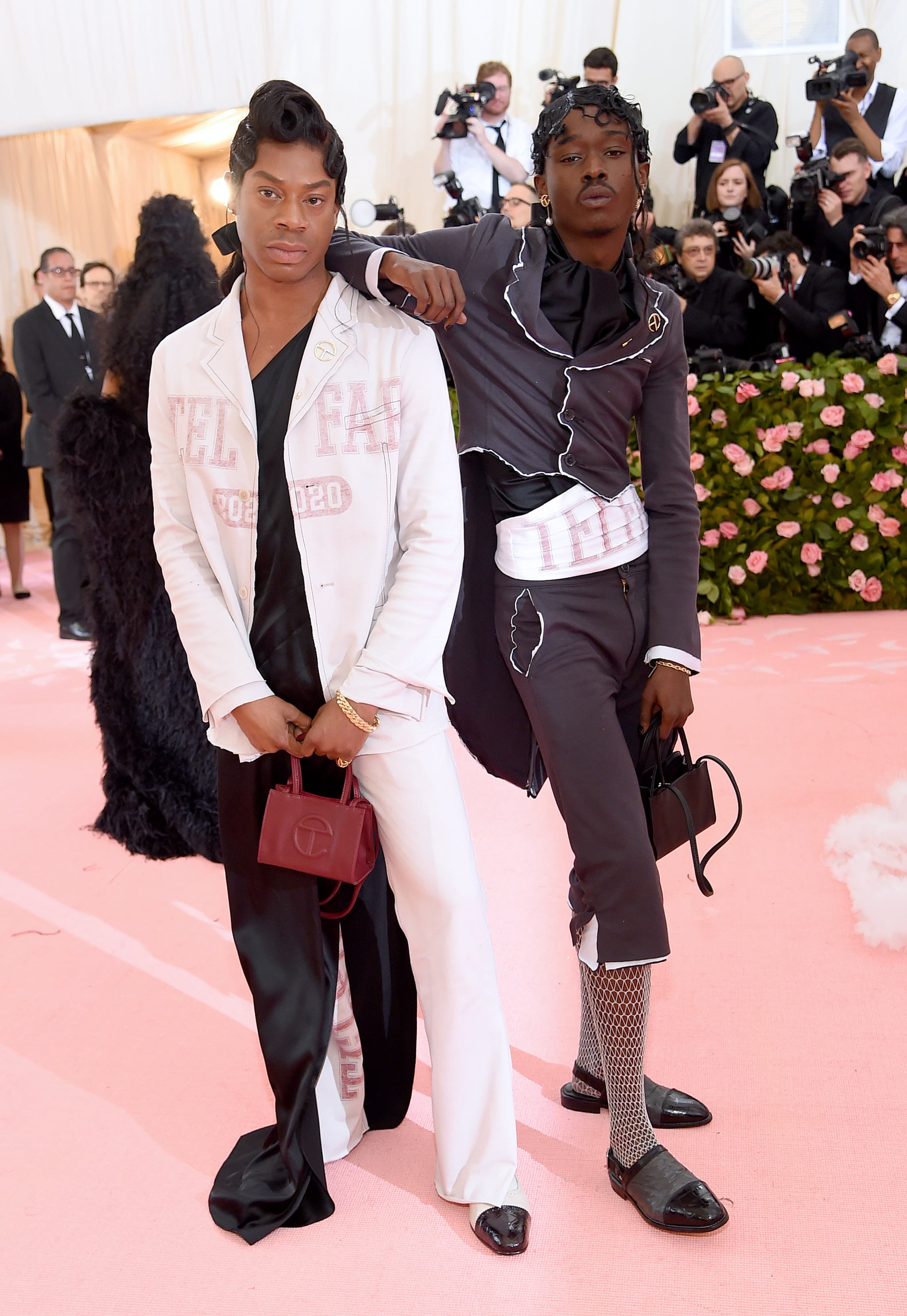 In 2020, Telfar bags were — and still are — the hottest thing since sliced bread. If you didn't have one, you were on the constant hunt for one, and if you already had a couple, you were still trying to secure more of the iconic vegan leather shopping bags. This buying frenzy meant that the bag was being worn by It girls, celebrities, regular working girls (like myself) — and even Real Housewives of New York star Sonja Morgan who went a full season wearing the shopping bag as if she was being sponsored (she wasn't). This is Telfar's impact. This is why what Guess did to the beloved brand feels so wrong and so deeply personal for its customers.

"When I wear my Telly and see others in the streets wearing theirs, I feel like I'm a member of an exclusive club of people who are really passionate about two things: supporting Black designers and supporting sustainability in fashion," said digital entrepreneur and content creator Kelsey-Marie Mohammed.

"It eliminated the exclusion normally associated with designer brands by making the bags affordable, consequently achieving something corporate brands couldn't — a sense of community tied to a specific item."

The first time I heard about Telfar was in early 2020 when it was dubbed the "Bushwick Birkin." It was positioned as a bag for the people and made its wearers feel proud to support a Black business. It took me roughly nine months to finally buy one, as the brand is known to sell out of its signature shopping bags because it can't keep up with demand. Every time Telfar announced a release, you either landed in one of two groups: the ones who secured a bag and lived to brag about it on social media, or those who barely stood a chance on days when the bags sold out in under 10 minutes. Telfar's shopping bag sits at the intersection of culture, access, and fashion. It eliminated the exclusion normally associated with designer brands by making the bags affordable, consequently achieving something corporate brands couldn't — a sense of community tied to a specific item.

London creative Nuna Lawson so strongly identifies with Telfar that she sees herself in what the brand represents. Lawson said, "It was one of the first brands I saw redefine what luxury means, and above all, it was accessible." Already an owner of five Telfar shopping bags, Lawson said she intentionally buys from the brand because "its collections are beautiful, and it's incredibly powerful to see a Black-owned brand competing with high-end labels while also creating space for upcoming Black designers."

"Rocking my Telfy allows me to be audacious and confident in my look and in myself, knowing I'm supporting brands that reflect who I am. And it's an instant connection when I see others wearing it too on the streets . . . like, yaaass, I see you," said creative developer Tahirah Jarrett.

In the world of fashion — dupes, knockoffs, and blatant "inspiration" happens daily, it's nothing new. If you walk through a popular city center anywhere in the world, you are likely to find knockoffs of designers like Chanel, Fendi, and Louis Vuitton. Historically, smaller brands and the fast fashion machine have taken inspiration from big designer names, which usually results in little to no backlash. As of late, the opposite is happening, where more established brands are taking inspiration from independent designers, which often includes stealing ideas and designs. This is exactly what Guess did to Telfar, a direct copy and paste of Telfar's signature design on Guess's own leather square bag with a giant "G" at its center.

Fashion designer Telfar Clemens and his team apparently knew about the knockoff's presence back in February, before it garnered attention on the internet and a warranted lambasting on Twitter, but chose to remain silent. As I reveled in Guess's justified dragging on the internet, a nagging question sat at the forefront of my mind: why does this keep happening to Black-owned brands? Telfar isn't the first to experience its designs being stolen, and they won't be the last. In fact, every year there is a new, highly coveted, Black-owned brand that is the target of theft from a corporate retailer.

English brand Kai Collective came forward in early 2021 about fast fashion giant Boohoo copying one of its Gaia dress designs. More recently, sustainable brand We Are Kin spoke out about We Wore What founder Danielle Bernstein copying a dress that the emerging brand previously sent to Bernstein. Another case happened at the end of 2020, when TLZ L'Femme designer Aazhia Rhy accused Fashion Nova of stealing designs for a collaboration it released with rapper Megan Thee Stallion. When an established company steals designs from a smaller brand, it is directly impacting that brand's revenue and crippling them as a competitor by selling a knockoff item at a much cheaper price. Smaller independent brands do not have the privilege of corporate investors supporting them: most times, these up-and-coming brands are operating out of a labor of love. The production process from concept to finished product is longer for smaller brands, because most are working on tighter budgets and, in some cases, the designer is hand-sewing garments.

The response to Guess's knockoff of Telfar's shopping bag was so scathing because consumers are becoming more aware of the difference between fast fashion and independent brands and the care and detail that goes into the latter. The Guess knockoff bags have since been pulled from various sites, but Telfar's online community of supporters refuse to accept the blatant disregard showed toward designer Telfar Clemens. To them, it's not just a bag; it's a Telfar, a shining beacon of Blackness, inclusion, and sustainability. Guess and brands like it that choose to copy can never achieve what Telfar has, because the independent brand has won over the hearts of the people one shopping bag at a time.

Fashion News
How Major Fashion Brands Are Responding to the Roe v. Wade Ruling
by Charlotte Kho 13 hours ago