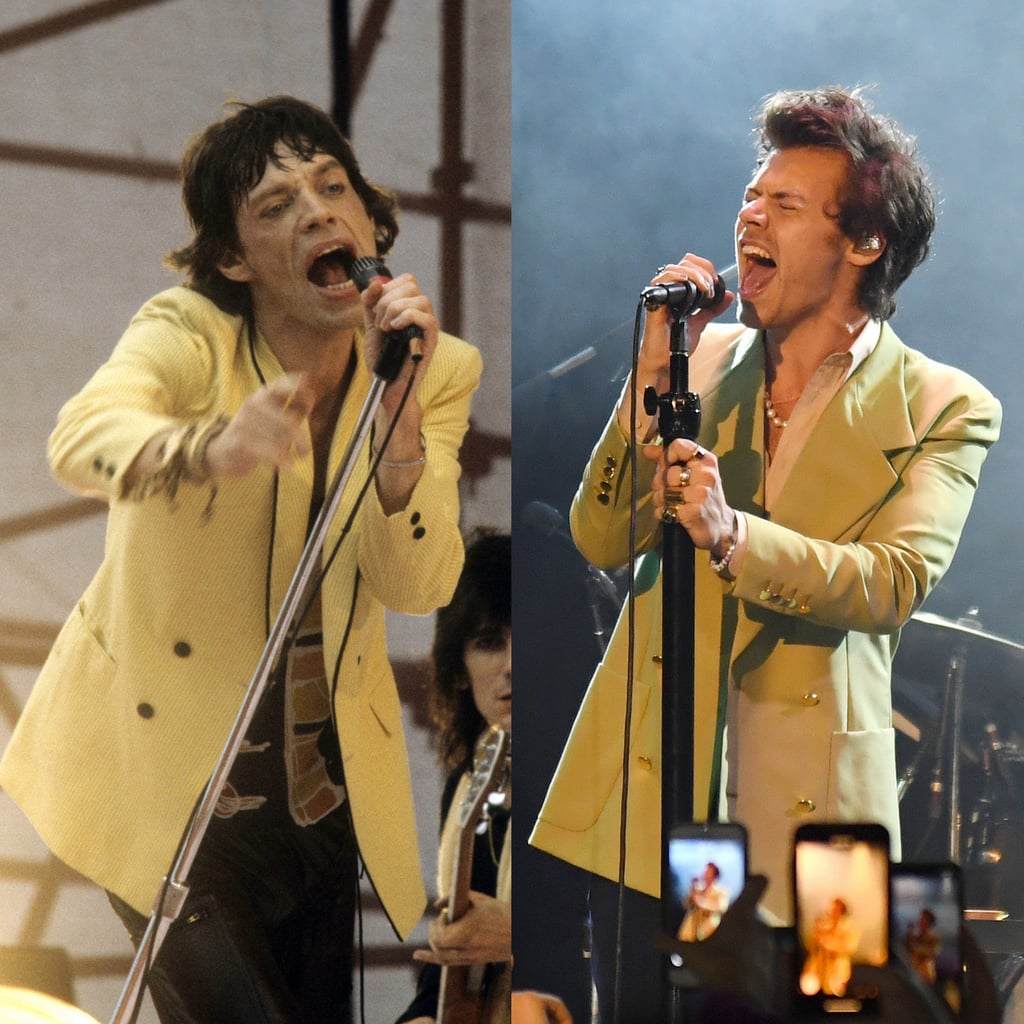 Harry Styles might be a one-in-a-million star, but we can't help but see similarities between his style and that of Rolling Stones frontman and 1970s icon Mick Jagger. There have been a number of occasions where Harry's love of statement suits, androgynous outfits, and sensual, on-stage swagger have been compared to Mick's — and we found some of the best photos of their matching style moments.

We aren't the only ones who think Harry and Mick are doppelgängers separated by half a century. Rumors of the One Direction singer being tapped to play the Rolling Stones rocker in a biopic were swirling online for years, until Harry set the record straight by confirming he had "never heard anything about the film." Even so, it's pretty clear to see why he would be an ideal pick. Besides the comparable passion that he brings to the stage, Harry loves a statement, slim-fit suit like Mick. He also isn't shy about elevating his looks with traditional womenswear accessories like pearl necklaces, diamanté pieces, and printed, wide-leg trousers. Equally, these style stars look quite similar, which takes their twinning moments to a whole new level.