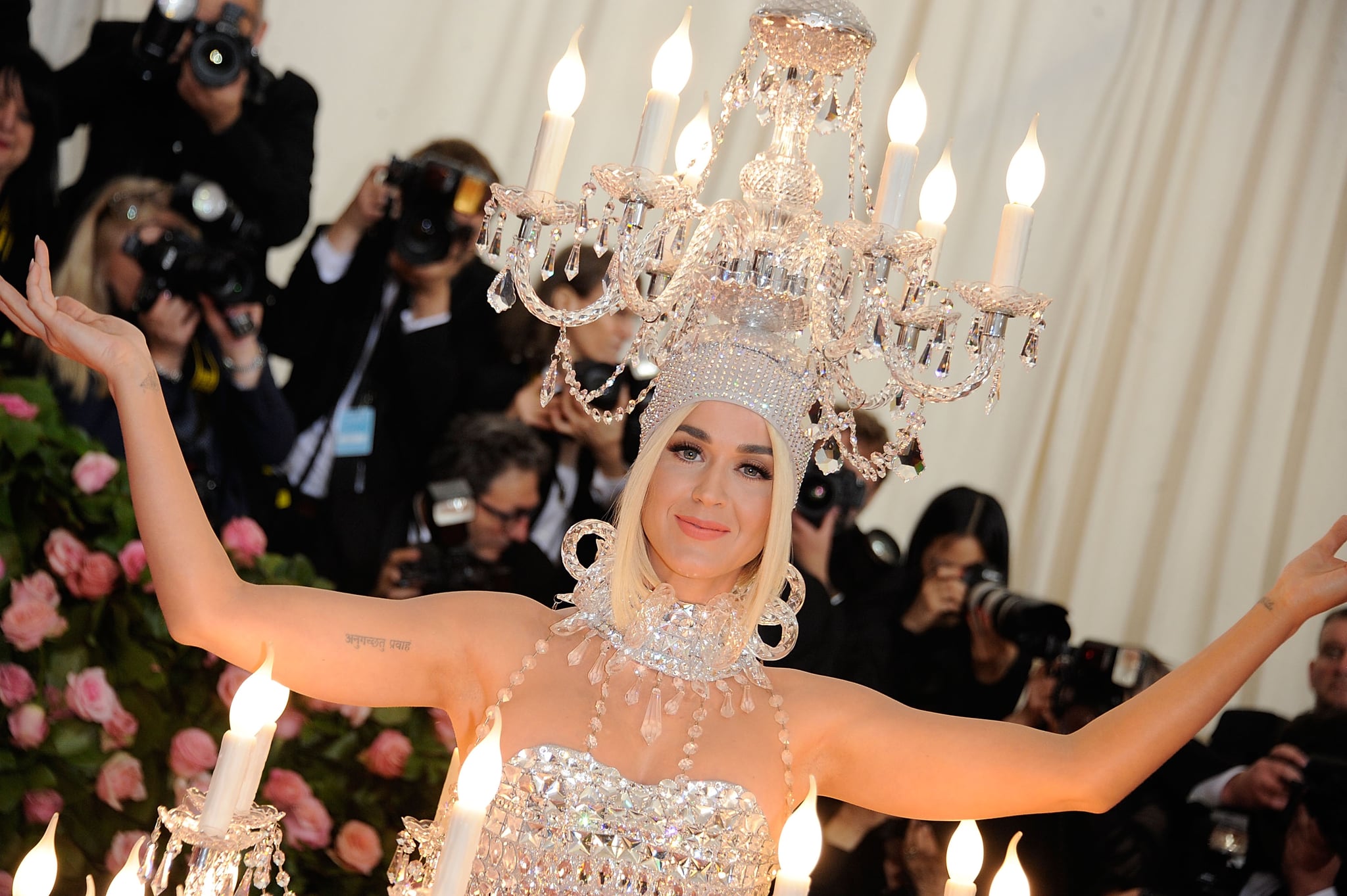 Although the Met Gala was postponed this year, stars still found creative ways to celebrate the "first Monday in May," from Vogue's live-stream event to Instagram's #MetGalaChallenge. These efforts certainly helped to ease the loss of fashion's biggest night, but personally, I still held out hope to see what celebrities were planning to wear had the event gone through. Enter: Katy Perry. The "Never Worn White" singer gave fans a glimpse of the beginnings of her Met Gala outfit on May 4, and it looks like an iconic homage to another pop sensation: Madonna.

Katy's coned corset ensemble came courtesy of Jean Paul Gaultier, the same designer who created Madonna's memorable Blonde Ambition: World Tour bra back in 1990. Katy's corset, however, would have also framed her pregnant belly — putting her daughter with Orlando Bloom front and center. Quickly after Katy shared this peek, fans flooded her comments with requests to see the full outfit. There's no telling exactly what the rest of her look entailed, but judging by her 'gram, it was going to be epic.