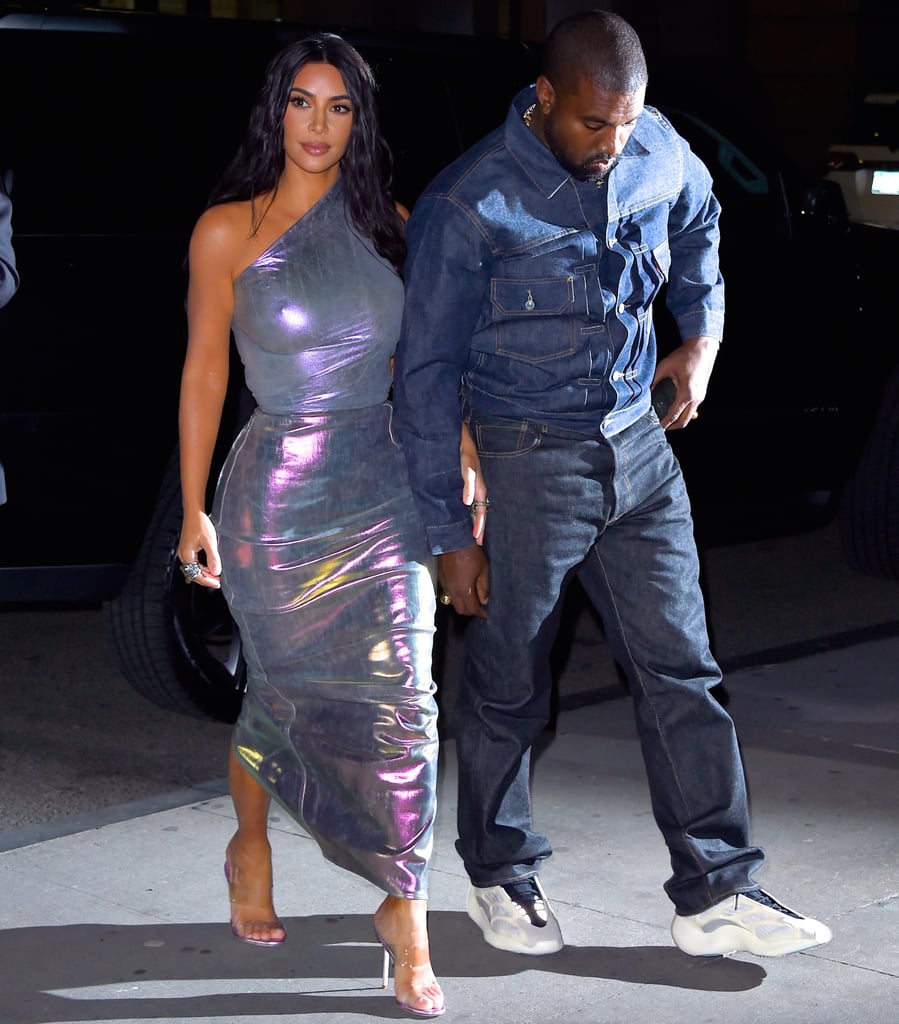 Kim Kardashian's Iridescent Dress Shines So Bright, I Still See Stars When I Close My Eyes

Kim Kardashian joined her husband Kanye West at the FGI Night of the Stars Gala at Cipriani Wall Street in NYC. It's not every day we get to see the duo step out for the crowds, so we delighted in their PDA as they posed for the cameras. Kim wore a silver custom Rick Owens look in a one-shoulder silhouette with PVC sandals, translucent so as not to take away from the shine of her outfit. She wore chunky rings up to her knuckles, and Kanye followed suit with his own gold jewelry. But that's the only page he took from Kim's book.

On this particular evening, Kanye decided to dress in denim from head to toe — a Levi's Canadian tuxedo to be precise. His black-and-white sneakers were rather casual for the event, but then again, it's just like Kanye to turn the spotlight on his wife. Kim opted for a neutral, glossy lip and loose waves. Her skin was as glowy and dewy as ever. Even so, that ankle-skimming number is what people are going to remember when they think back to this moment. Ahead, catch another glimpse of Kimye arriving at the event, then shop similar iridescent looks for your own wardrobe.

Celebrity Instagrams
In Case You Forgot, Brenda Song and Macaulay Culkin Have Been Together Since 2017
by Monica Sisavat 12 hours ago

Celebrity Instagrams
Tan and Rob France Are Expecting Their First Child: "Our Hearts Are So Full Right Now"
by Monica Sisavat 12 hours ago