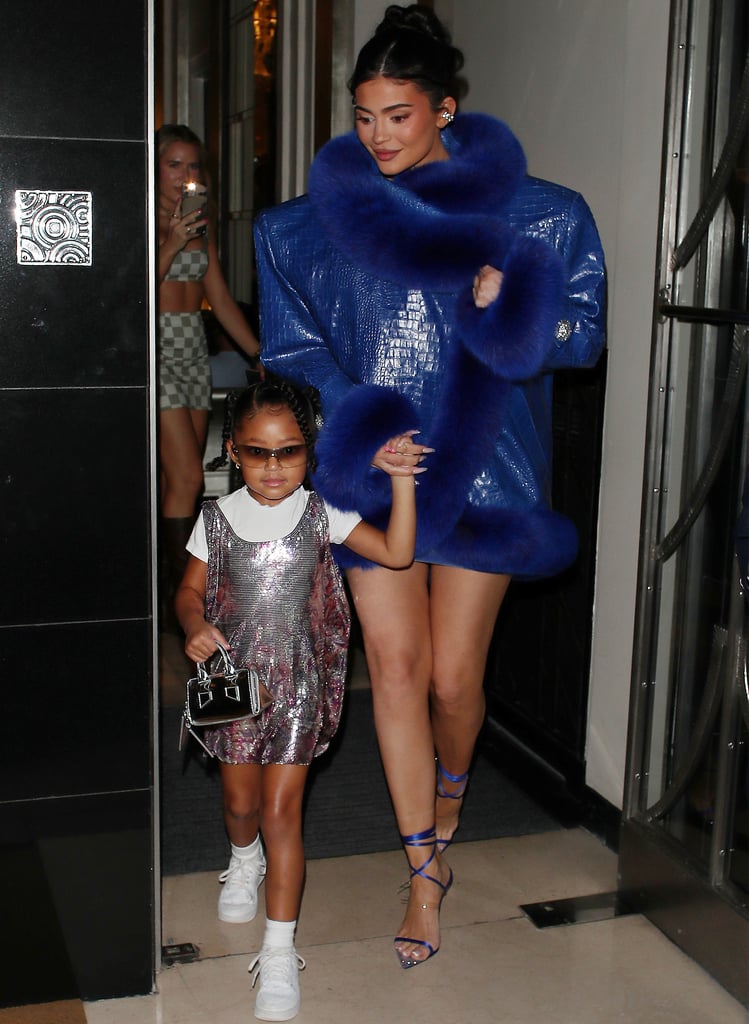 Kylie Jenner has been hitting London hotspots this week with 4-year-old daughter Stormi and boyfriend Travis Scott, arriving in the capital on Aug. 4 following a visit to a Milan lab for her Kylie Cosmetics range. The entrepreneur has been documenting her trip on Instagram and TikTok, which included a trip to restaurant Sexy Fish on Aug. 5, where she wore an oversize Alexandre Vauthier fur-trimmed coat and Stormi sported a chain-mail dress reminiscent of her aunt Kendall Jenner's 21st-birthday number.

The family fashion affair also included an appearance at Scott's show at the O2 Arena in deconstructed denim from Ottolinger and a celebratory dinner at Nobu, where Jenner wore a strapless velvet minidress teamed with heeled mules and a Vivienne Westwood bag. She filmed a glam squad helping her to achieve smoky eye makeup, overlined lips, and wavy hair, and there was no denying the 24-year-old looked impeccably chic.

Along with Scott, who was dressed in two-toned ripped baggy jeans and a leather jacket, Stormi served a look that would make her stylish cousin North West proud. Wearing a black top, a diamanté belt, and trousers with buckled leather coverings on the legs, the 4-year-old looked like a mini version of her stylish mother.

Jenner and Stormi were also spotted leaving London hotel Claridge's as they ventured to department store Harrods, where Jenner visited her Kylie Cosmetics and Kylie Skin station on the beauty floor. Wearing a Comme des Garçons look consisting of a pink top and a black skirt with 3D hand designs on them, Jenner certainly dressed to impress for her trip. Stormi wore a black leather vest top with distressed jeans and space buns in her hair, and the mother-daughter day included Stormi shopping Jenner's beauty range.

Jenner gave birth to her and Scott's son in February, although we have yet to see if he's joined the family on their London trip. Read on to see how Jenner, Scott, and Stormi are enjoying their UK visit so far, and get all the fashion details. 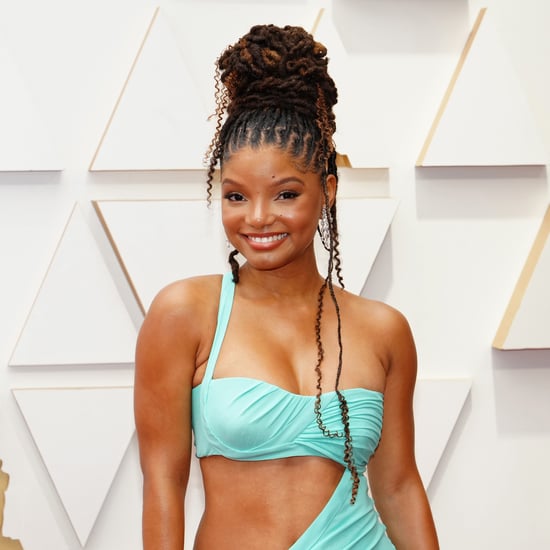 Celebrity Families
Nicola and Brooklyn Peltz Beckham Deny Victoria Beckham Feud Rumors: "Everyone Gets Along"
by Monica Sisavat 17 hours ago