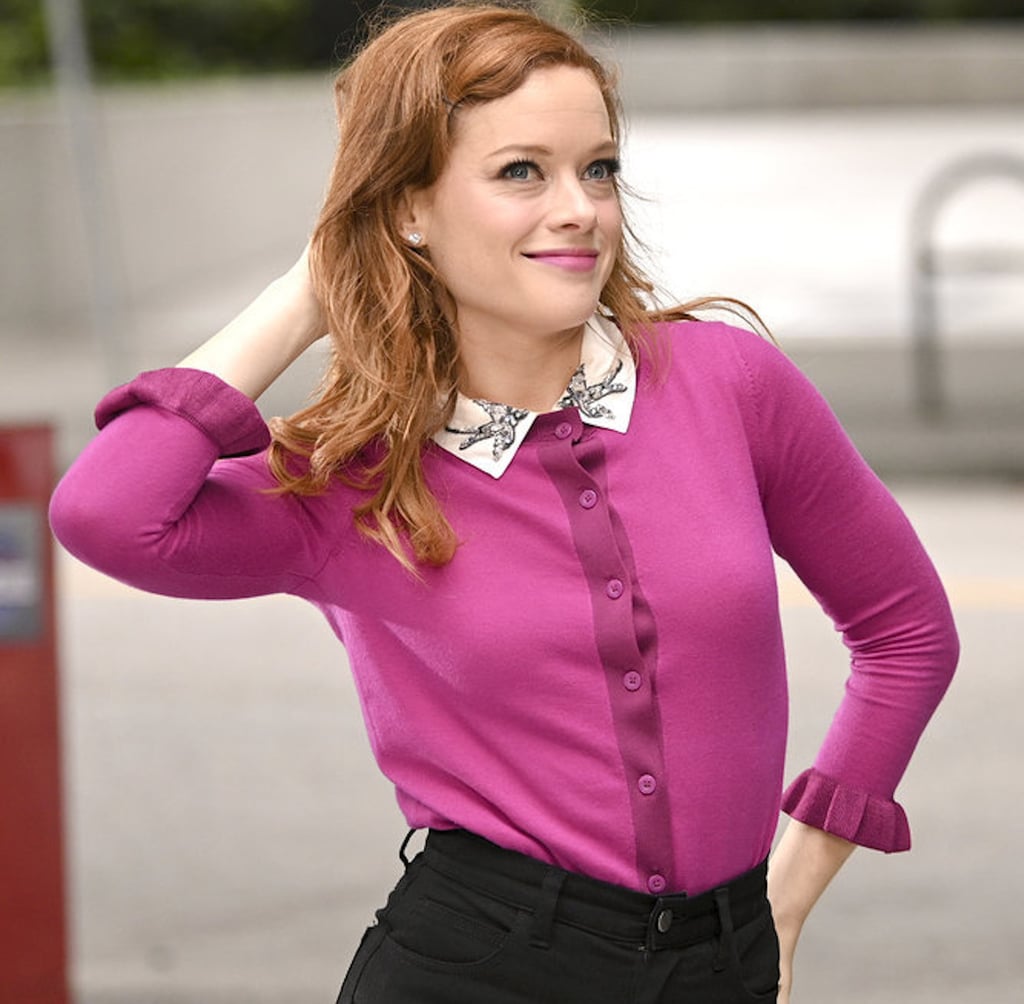 Actress Jane Levy is lighting up the small screen starring as Zoey in NBC's new hit show Zoey's Extraordinary Playlist. While we're really blown away by Zoey's magical ability to interpret people's feelings through imagining them in full-fledged song and dance (I mean, that'd be cooler than wearing an invisibility cloak, in our opinion), we're also smitten by her colorful style. The first season of ZIP isn't just fun for the songs we've been singing along to, which range from classic rock to iconic covers Zoey actually sings herself: it's inspiring. Zoey's layered cardigans and floral button-down shirts, cute minidresses, and vibrant outerwear literally make us wonder why we're wearing black — which is normally the case when we're sitting down at the TV to enjoy an episode.

Zoey wears high-end labels like Isabel Marant and Marni on the show, but you'll also find her in more accessible brands. Perhaps you remember that graphic NASA t-shirt that comprises her lounge wear? That's actually by Junk Food, and you can score it at Urban Outfitters. You probably won't be surprised to find that when Zoey's wearing kitschy prints — including polka-dot cardigans and heart jumpers — they're from the likes of Kate Spade New York and J.Crew. But you'll likely be thrilled to learn that her red cocktail minidress is from Reformation, and there's still one version of the design left to shop online for your next party. Ahead, we're showing you where to score some of the coolest pieces from Zoey's extraordinary closet.

Product Reviews
I Never Thought I'd Say This, but My New Fave Pillowcase Is From Old Navy
by Marisa Petrarca 20 hours ago