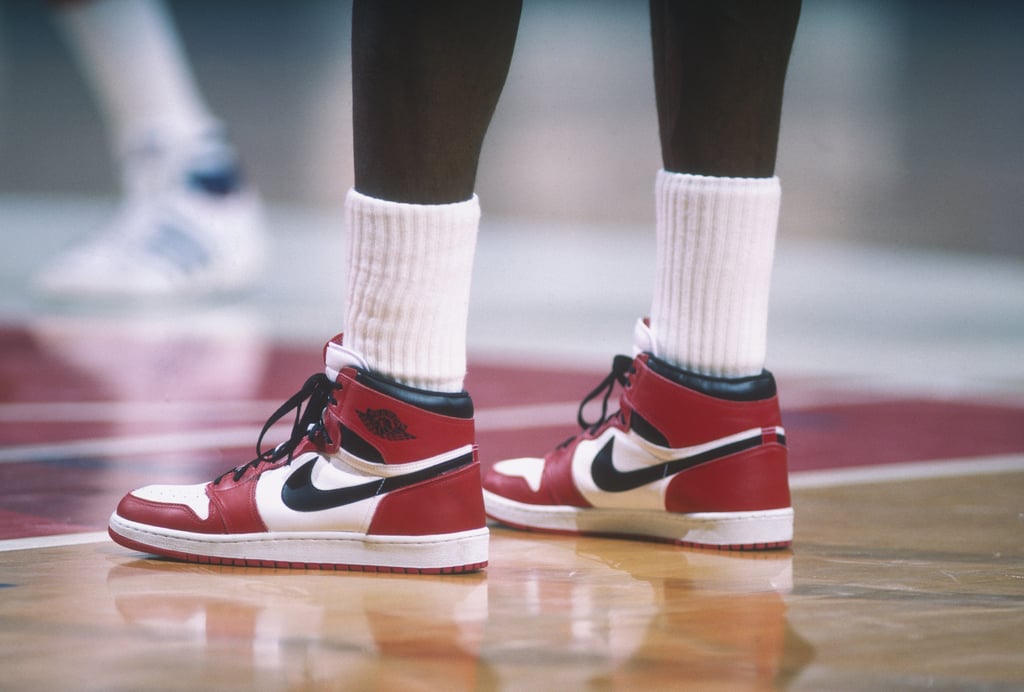 Michael Jordan just set a new record, and it's all thanks to a pair of Nikes. The basketball player, who has been in the news for his hit ESPN documentary series The Last Dance, owned a pair of sneakers from 1985 that have sold for a record price during a Sotheby's auction. The red Nike Air Jordan 1 sneakers, which were signed by Jordan in permanent marker, sold for a whopping $560,000. That's about $100,000 more than the previous record holder, which was a pair of 1972 Nike Waffle Racing Flat "Moon Shoes."

Sotheby's held the online auction with collector and consignor Jordan Geller, who is the founder of sneaker museum Shoezeum. The auction took place on May 17 and coincided with the airing of the last episode of The Last Dance — that's probably the reason why they sold for that much! The midlength sneakers were designed by Peter Moore and were produced and worn in 1985. According to WWD, "Bidders ranged in age from 19 to over 50 from four continents, and 70 percent of the bidders were new to Sotheby's. The value reached $300,000 within the final 20 minutes of the start of the sale and eventually sold at more than 3.5 times its $150,000 estimate." Read on to see Jordan wearing the red sneakers back in 1985, and see a close-up of them signed, too.

Reese Witherspoon
Melanie Lynskey Is in Touch With Some of Her "Sweet Home Alabama" Children: "Very Cute, Sweet Kids"
by Eden Arielle Gordon 11 hours ago