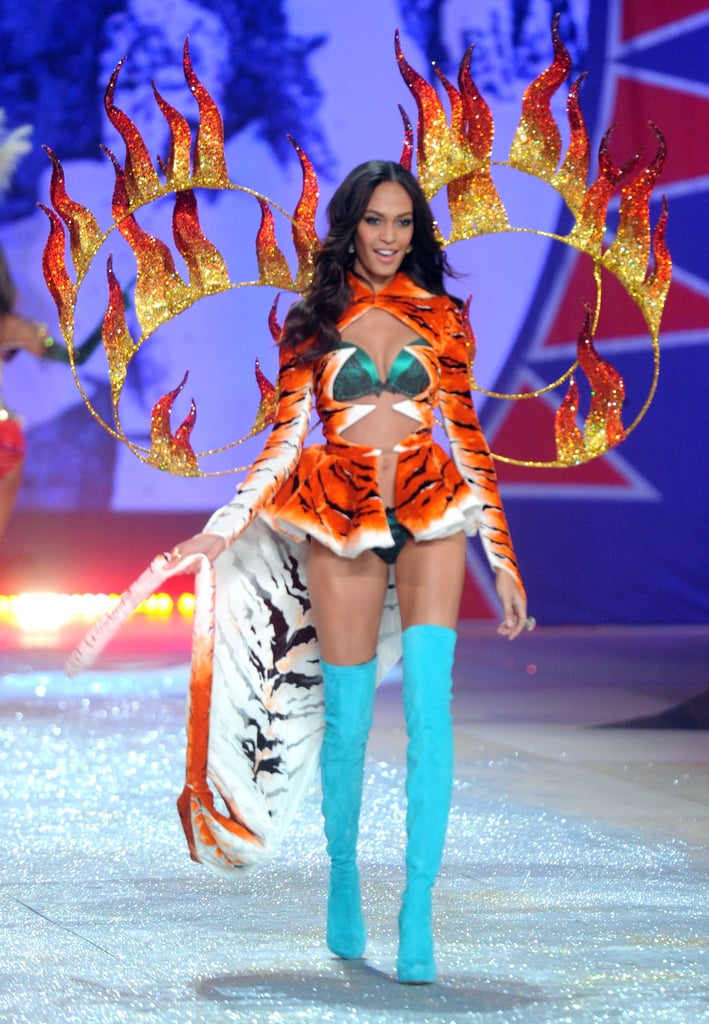 First Walk: 2011
Last Walk: 2016
You might also know her from: Ads for fashion houses such as Givenchy, Chanel, Prada, Gucci, and Alexander Wang, making her the first Puerto Rican model to front a handful of campaigns. During Fashion Month, Smalls travels to all four cities to walk the runways. She and Karlie Kloss were named "The New Supers" on the cover of Vanity Fair in 2013, and both ladies also hosted the MTV series House of Style together. Joan has also been included in both the 2012 and 2014 Pirelli Calendars.