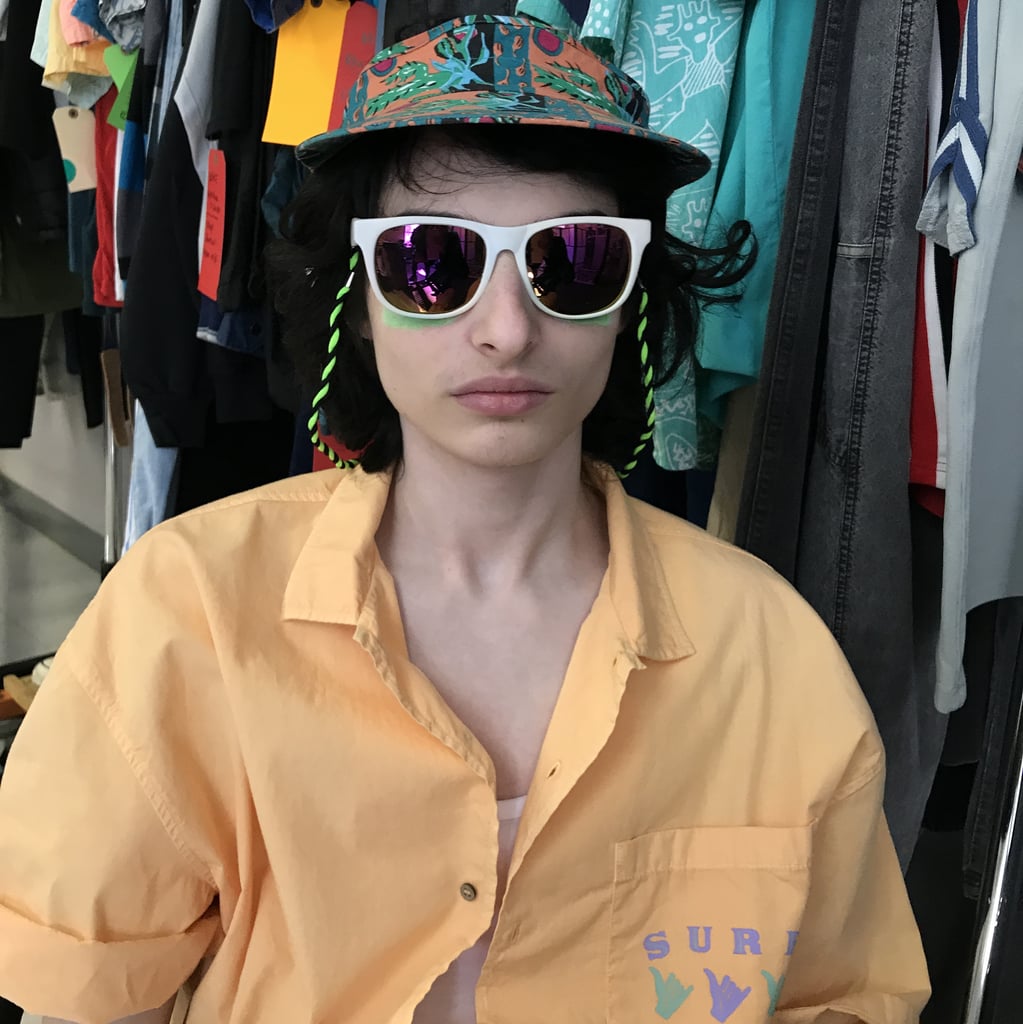 "Stranger Things" season four will premiere on Netflix in two volumes, and costume designer Amy Parris has filled us in on all the wardrobe details that these new episodes will bring. As the aesthetic shift from fictional town Hawkins, IN, to California takes place, it was important to differentiate between settings by color palette, Parris explained to POPSUGAR.

Parris's team thrifts for a large portion of the "Stranger Things" wardrobe. Some of their go-to vintage stores include Meow in Long Beach, CA; The Stash on York in Los Angeles; Recursive Vintage in Delaware; and Rue St. Denis in New York. Since the series is filmed in Atlanta, Parris maintains relationships with local vintage vendors who send clothing directly to the set. "We take a look and keep what we like or need, and send back what we do not anticipate using," she says. "This saves us a lot of time when we can't leave Atlanta to shop in Philadelphia, Florida, or any of the other hot spots we get some of our vintage from."

The popular Netflix series has inspired countless '80s-themed collections, from cosmetic lines with MAC and Merci Handy to apparel like Champion sweats and Jansport bags. Parris shared that some of her design inspiration stems from true icons of the decade, like James Hetfield of Metallica and Sarah Jessica Parker's character Patty Greene from "Square Pegs."

Ahead, scroll through first-look images from "Stranger Things" season four, and take a peek at a few behind-the-scenes fitting photos Parris shared exclusively with POPSUGAR.

Hulu
The Men of "Reasonable Doubt" on Having "Fully Realized" Roles: Everyone Gets "a Chance to Eat"
by Njera Perkins 19 hours ago