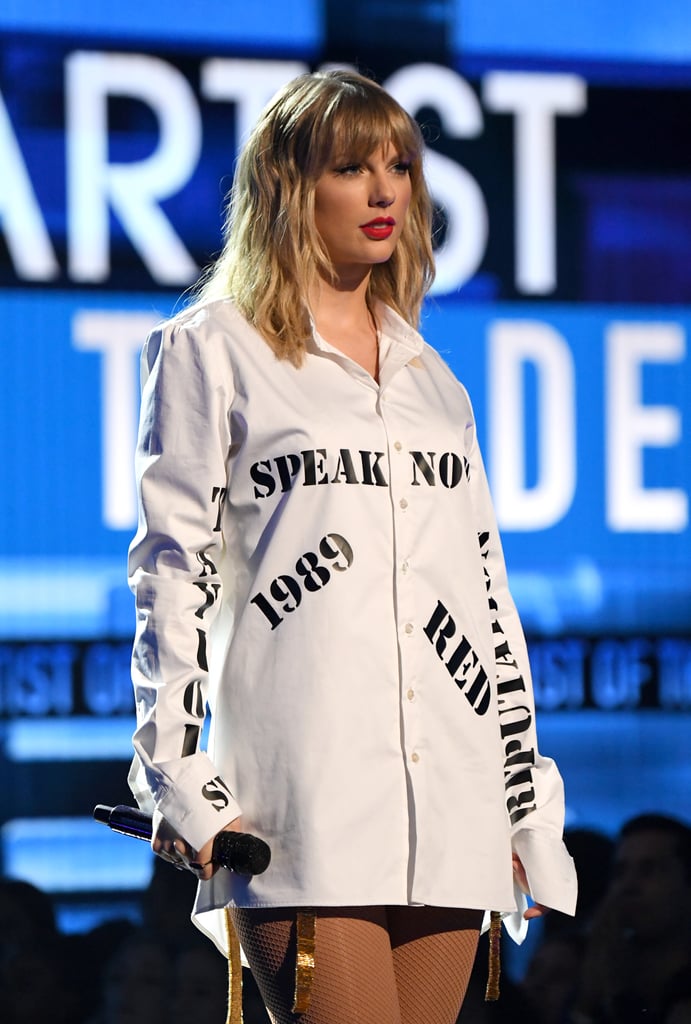 Taylor Swift didn't just rule the red carpet at the American Music Awards, she also used her highly anticipated performance to make a powerful statement about her music. The singer has had an ongoing feud with Scooter Braun and Scott Borchetta regarding the rights to her first six albums, which originally left a question mark hanging over whether Taylor would actually be able to perform her past hits during the AMAs. A compromise was eventually reached, but that didn't stop Taylor from making a pointed message with her wardrobe.

Taylor stepped out on stage wearing an oversize white shirt bearing the names of her albums Speak Now, 1989, Red, Fearless, and Reputation, printed in a prison-like font, perhaps suggesting that she feels like people have held her prisoner with her own work. The choice of song for this moment, "The Man" from her new album Lover, was also a poignant choice. However, the shirt was eventually removed to reveal a golden beaded bodysuit underneath, as Taylor became a glistening golden goddess as she performed more of her most famous hits, including a memorable version of "Shake It Off" with her friends Camila Cabello and Halsey. Keep reading to see both stage looks ahead.