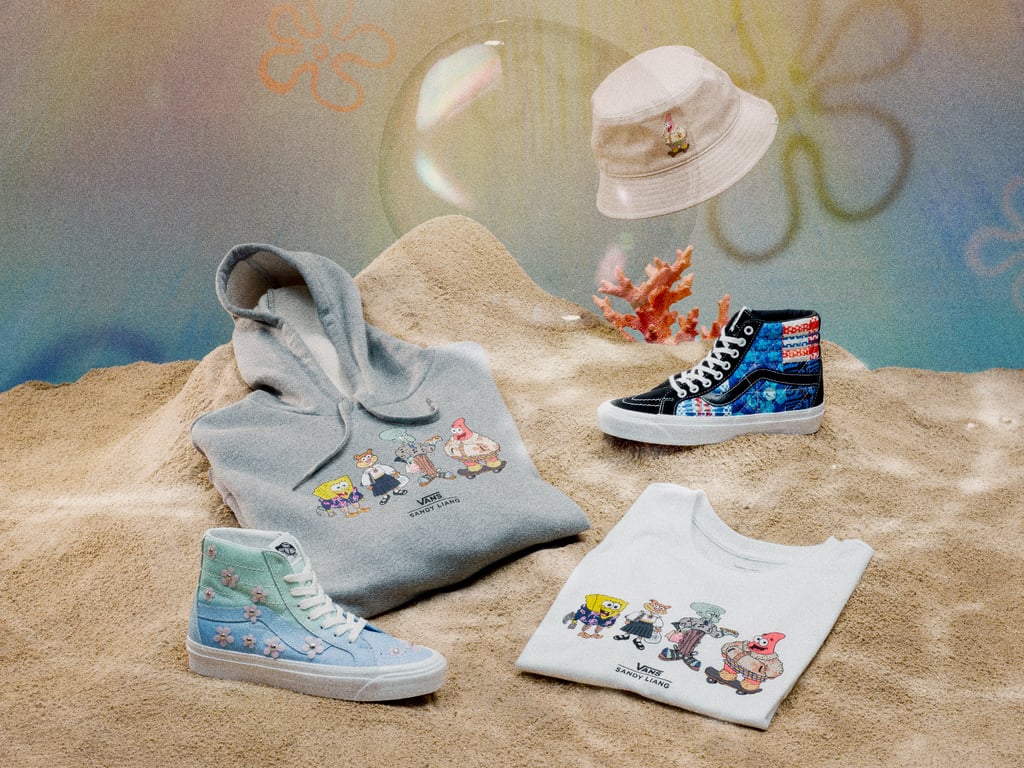 New York-based designer Sandy Liang is teaming up two of our favorites: Vans and SpongeBob SquarePants. Yes, you read that right! In the capsule collection, Sandy Liang features her own fashion interpretation of the animated series's elements and characters. The five-piece collection includes a hoodie, a bucket hat, a T-shirt, and two pairs of classic Vans Sk8-Hi DX sneakers, which were reimagined by Liang.

As for the two pairs of sneakers, they'll take you back to the show's iconic visuals. One pair comes in a patchwork design that mixes classic prints from the designer's heritage and floral clouds from SpongeBob, and another is an homage to the series's character Sandy Cheeks with its flower embellishments.

Ahead, see the campaign images of the capsule collection and shop the entire Vans x SpongeBob SquarePants collection by Sandy Liang, which is available now at vans.com/spongebob, Greenhouse, and select Vans stores.

Related:
15 Pairs of Vans Customers Can't Get Enough of — and We See Why!
Previous Next Start Slideshow
Fashion NewsNostalgiaVansSpongeBob SquarePantsSneakersShoppingSandy LiangDesigner Collaborations

Fashion News
How Major Fashion Brands Are Responding to the Roe v. Wade Ruling
by Charlotte Kho 11 hours ago