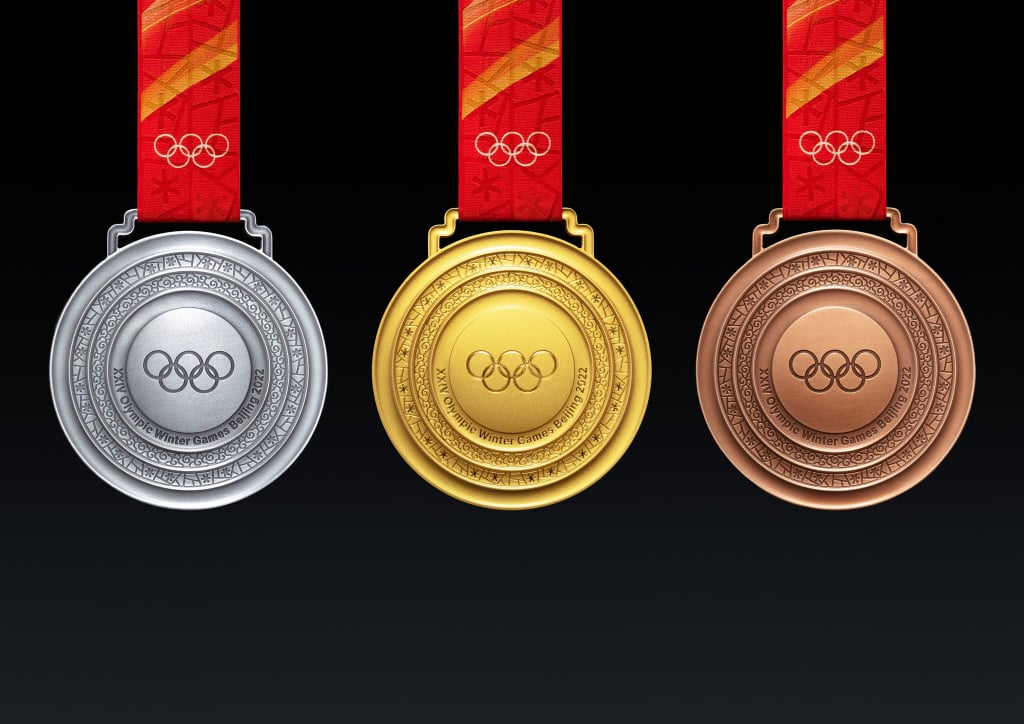 The medals for the 2022 Winter Olympics in Beijing are finally here, and like the designs that have come before them, they're extraordinarily meaningful. Each gold, silver, and bronze medal features a slightly concave, ringed design that honors both Olympic and Chinese history.

According to the organizers, the medals' design is based on the ancient jade concentric circle pendants that are so symbolic in Chinese culture. Each medal features five concentric circles on the front, representing the Olympic rings. Officially, the design has been named "Tong Xin," or "together as one," which reflects the theme of the Games: "Together For a Shared Future."

The Olympic logo is at the center of the design, in the smallest circle, surrounded by rings engraved with the words, "XXIV Olympic Winter Games Beijing 2022," and intricate, wintry designs featuring snowflakes, ice, and clouds. The back of the medals has a similar circular pattern, but with the 2022 Winter Olympics emblem in the center and the name of the Games written in Chinese. The back will also be engraved with the names of the individual events.

The medals for the Paralympics follow the same design, just with the names and logos swapped. However, the outermost ring of the Paralympic medals also features the words, "Beijing 2022 Paralympic Winter Games," written in Braille.

If the design weren't symbolic enough, it's also meant to invoke the jade-inlaid medals used at the 2008 Summer Games — which were also hosted in Beijing — as a way of paying tribute to Beijing as the first city ever to host both the Summer and Winter Games. Keep scrolling for a closer look at the medals, and be sure to tune in when the competition gets underway on Feb. 4, 2022.