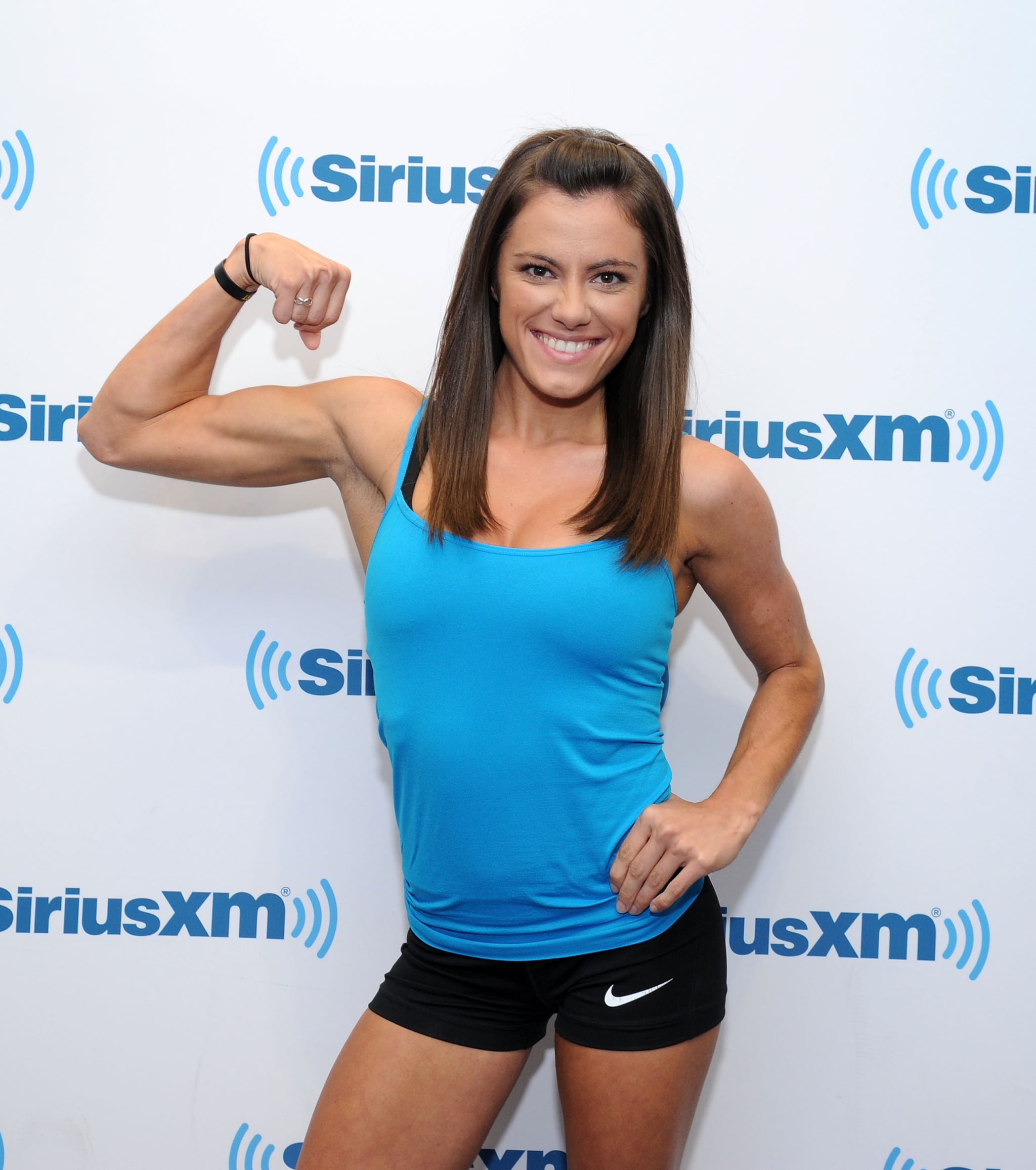 Let's not forget former gymnast Kacy Catanzaro's impressive performance last month on the reality show American Ninja Warrior, where she made history by becoming the first woman to complete the arduous qualifier obstacle course. Next up: Kacy competes tonight, Sept. 1, in the US finals. In the meantime, we wanted to know Kacy's secret to completing a course that has stumped countless muscled men and women before her, so we asked her to share her favorite training tips. Whether you're training for a Mud Run or marathon, Kacy's advice will surely help you snag your own personal record.

Wake up, work out: "The longer that the day goes on, the more you wish you had already worked out," Kacy says. "You always have to get that strength training in to keep your body at where it needs to be and able to do those extra things." That's why she strength trains in the morning as soon as she (and boyfriend/coach Brent Steffensen) wake up. Of course, they don't stop there: in the evening the duo fits in another workout by practicing obstacles or going rock climbing.

No equipment necessary: One look at Kacy and it's obvious that she's a lean mean machine, which she attributes to her equipment-free circuit training. "Our workouts are all bodyweight workouts," she says. " Our goal is to be as light and lean as possible and as strong as you can be. We do lots of different kinds of pull-ups: strict pull-ups, neutral pull-ups, wide-arm pull-ups, which really get your back." Other favorite muscle-sculpting moves for Kacy and Brent are handstand push-ups and hanging TRX rows.

Speak it: "No matter what people might think, talk to yourself whenever something is going on, because when you say something out loud it's different than just being inside your own head," Kacy says. "If I feel like I'm inside my head too much, instead of fighting back and forth that way, I just talk, and I'm like, 'OK. No. Push that away. Bring some positive thoughts in.' And it does help get over those negative thoughts."

Make small goals: Signing up for a big challenge may seem daunting, which is why Kacy takes it one day at a time. "Make sure you make little goals on the way," she advises. "Obviously nobody reaches their goal as quickly as they would like to and you can get discouraged. If you have this huge goal that seems out of reach for you and you're only half really believing you can get there it's really going to hinder your journey there." Instead, Kacy recommends counting progress in smaller increments, like adding one more push-up to your set or meeting a daily or weekly goal.

Believe in yourself: It wasn't luck that got Kacy up the wall and to the final buzzer — despite many people not believing that a woman could ever complete the course, she knew that she could. "I wanted to do it for myself to prove that I could do it, but also for other women showing them, 'Hey, this isn't impossible. You can do it, too,'" she explains. "You have to believe in yourself. Because if you come in and you've worked hard but you don't believe that you're going to get to the top, you're not going to."