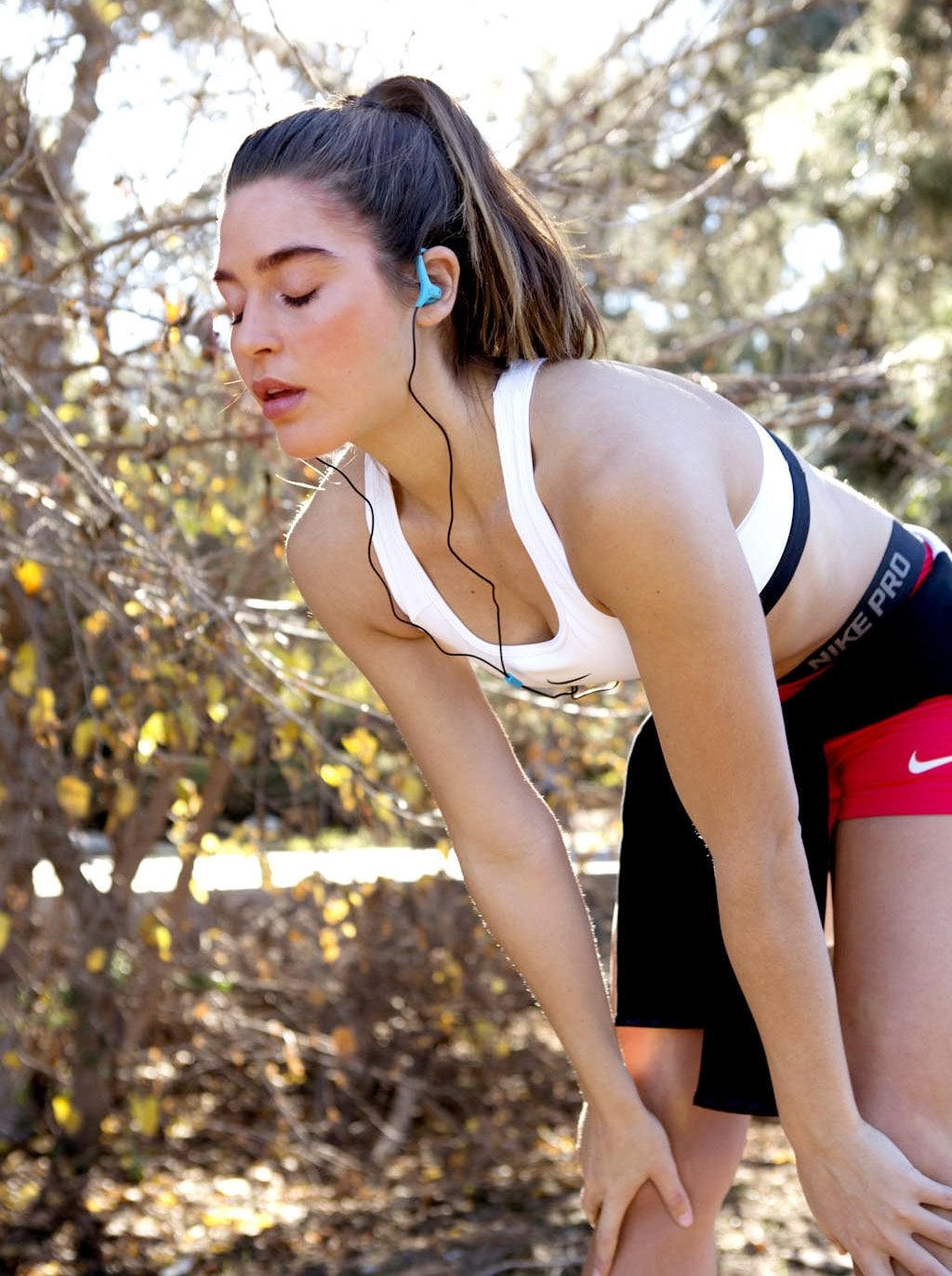 It's that time of year again, where seemingly everyone around you is getting sick. You're doing everything you can to stay healthy and avoid missing work, social commitments, and, yes, even workouts. Despite your best efforts, it's highly likely you'll start to experience some cold and flu symptoms in the Fall and Winter and start to feel a bit rundown. So then comes the question: how do you know if you're too sick to work out?

Mike T. Nelson, Ph.D, MSME, CSCS, an exercise physiologist and professor at the Carrick Institute of Clinical Neuroscience and Rehabilitation in Cape Canaveral, FL, says that although there isn't enough research to prove what illnesses and symptoms people shouldn't exercise through, there are plenty of instances in which resting will do you way more good that powering through a workout. Not only that, but the gym is already a place where germs thrive. There's always that person who doesn't wipe the sweat off of his or her machine, and if they or you are sick on top of it, it's even more likely you'll make yourself worse, get others sick, or delay your recovery.

"Chances are, if you're feeling rundown and experiencing symptoms like a sore throat and runny nose, you are likely not going to work out to your potential anyway," he said. "In addition to running the risk of making yourself worse, you also might pick something up from other gym-goers in the same boat, or make someone else sick, no it's not really a winning situation."

Related:
How to Tell If You Have a "Just a Cold" or the Flu

In general, the "above the neck" rule is a good rule of thumb, Nelson said. "If your symptoms are above the neck, and you do still want a bit of an endorphin kick, lower impact activities like walking and yoga are likely to be a better bet than intense cardio or weightlifting," he said. "But if anything is below the neck, such as nausea or vomiting, or if you've got a fever, you are better off playing it safe if you want to avoid getting sicker."

For those who do insist on continuing with their regular workout plan, Nelson advises that they monitor their heart rate, and if it spikes up much faster and earlier than normal, take it as an indication that something is off and it would be wise to back off. According to Nelson, studies have shown that endurance athletes especially are at a higher risk for upper respiratory infections and other illnesses because, as they start training at a very high volume, their immune systems will begin to weaken. So if you're training for a big event like a marathon or triathlon, it's especially important to listen to your body and rest when you need to in order to make it to the starting line healthy. But no matter your routine or level of actively, remember that resting when you need it can only help in the long run.