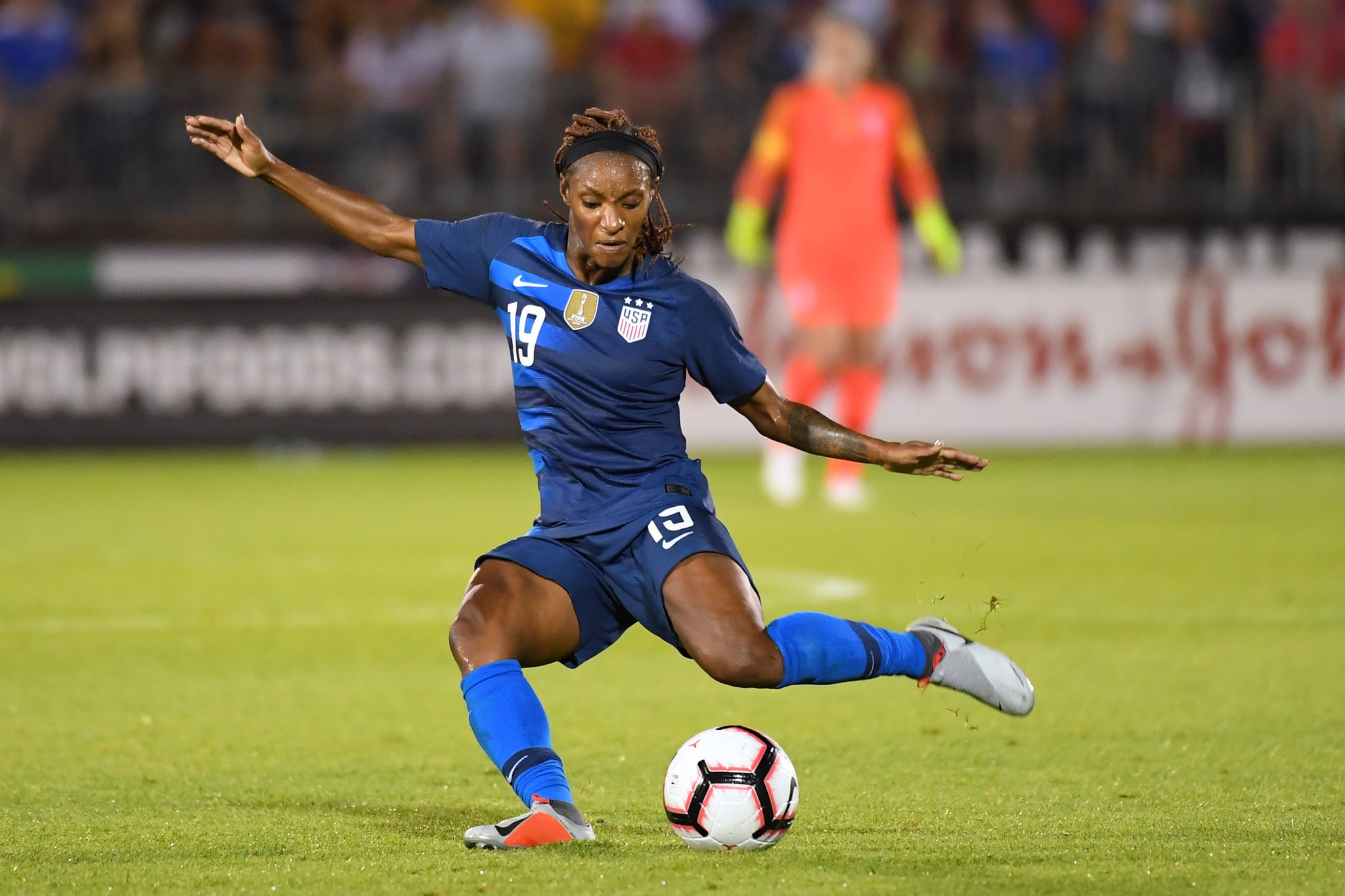 When disappointment and frustration make your goals seem unreachable, or when the daily routine becomes a little too much of a grind, you learn to fall back on the things that calm and center you — to perform the self-care you need to keep going. This is true for everyone, from students to CEOs to professional athletes. Self-care, whatever form it may take, recharges you and reminds you why you do what you do, which helps you keep moving forward.

Over the past few years, Crystal Dunn's self-care has become a vital part of her routine. Crystal's a soccer player of the highest caliber: she plays for the North Carolina Courage in the National Women's Soccer League and was just named as a defender on the US Women's National Team, heading to the FIFA World Cup in France this coming June. It's every young soccer player's dream: playing professionally, representing her country, being a part of the top-ranked team in the world. Just four years ago, though, the situation couldn't have been more different. That was when, just weeks before the 2015 World Cup, Crystal found out she'd been left off the roster — the last player to be cut before the team left for the tournament, which they ultimately won.

It was a crushing blow and, as Crystal told POPSUGAR, one that changed everything. Following that disappointment, all she could do was come back to her love of the game. "I was so uptight about everything," Crystal said of herself before the last World Cup. "I'm a totally different player than I was four years ago. I take things as they come now. I try not to take everything so seriously, so harshly." Refocusing on aspects of her game and attitude that she could improve — instead of piling on pressure to make the next World Cup team or, worse, giving up altogether — helped ground her, shifting her attitude back toward determination and joy.

Related:
These Wellness Tips Will Help You Start Your Day Off on the Right Foot

But what does that process look like on a daily basis? For Crystal, it's journaling, a daily routine and pregame self-care ritual she's relied on "for years now." Before a game, she said, "I'll just write one thing, one sentence of what I want to accomplish that day." Crystal visualizes the task at hand and focuses her mind, through the writing, on how she wants to perform in that game.

It's similar to setting an intention or a daily goal. No matter how small it seems, the act of focusing your mind on one concrete objective can settle your thoughts and calm you down, which helps you deal with the pressure that can feel paralyzing before a big game or presentation. Journaling and physically writing down your goal, as Crystal does, can make it seem even more achievable.

What else keeps Crystal sane through the pressures of professional sports? Music and spending time away. "I need mental breaks from soccer. If I need to take a week off for myself, that's what I do." She has to miss soccer a little bit, she explained, to remember how much she loves it.

Related:
The 9 Essential Self-Care Practices We All Need to Make Time For

As for the music, Crystal said, "I'm all about Drake" for pregame pump-up, midworkout motivation, and pretty much everything else. When it comes to self-care, the combination of Drake and journaling seems pretty unbeatable to us. Here are our go-to tips for keeping a daily journal and taking breaks, plus a Drake-filled workout (or whenever) playlist for good measure.

Celebrity Instagrams
Marlyne Barrett Thanks Fans For Encouragement Amid Cancer Diagnosis: "It Means a Lot"
by Chanel Vargas 20 hours ago

Celebrity News
Macklemore Opens Up About Sobriety: "I Choose Life Over Death"
by Perri Konecky 1 week ago