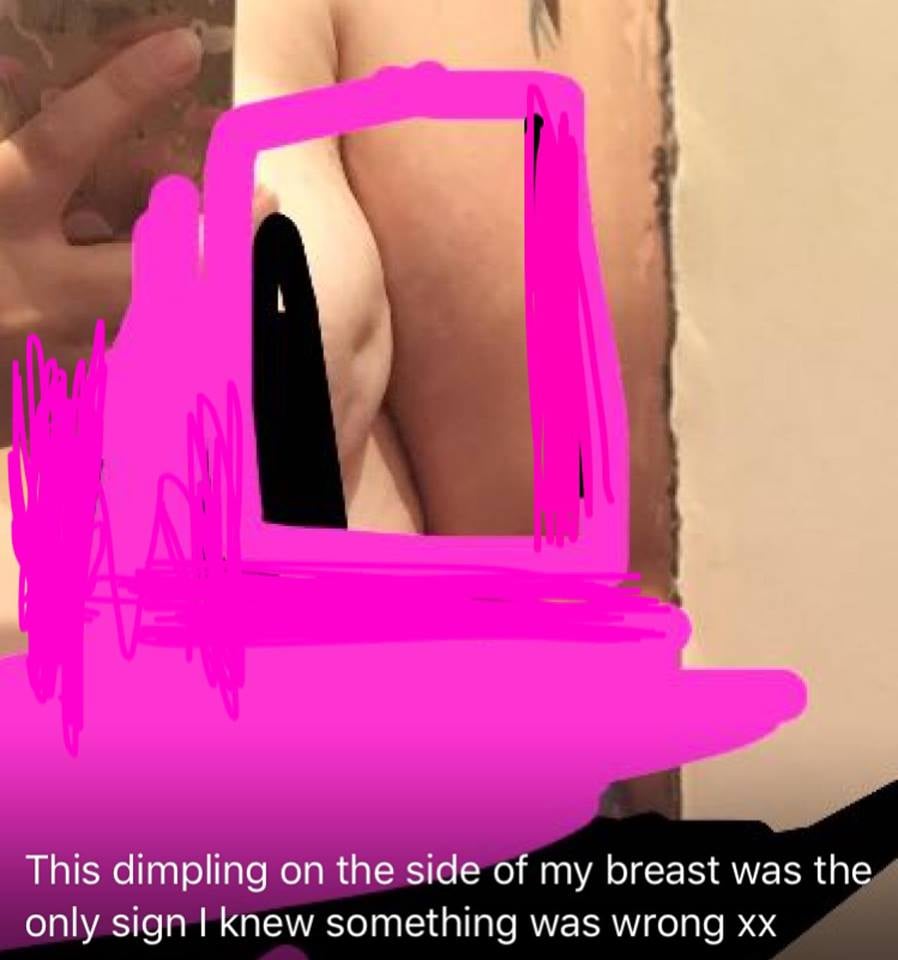 When doctors told Sherrie Rhodes that she had breast cancer, the diagnosis came as a complete shock. The only thing different that this mom of three had noticed was her breast "dimpling." However, until recently, she didn't know that this could be a worrying symptom of breast cancer.

Sherrie first spotted the puckering on her left breast in June and went to see her general practitioner two days later. Her GP immediately referred this 37-year-old from England to a breast cancer specialist, and a scan revealed a mass. Despite not feeling a lump, Sherrie soon learned that she had breast cancer after a biopsy confirmed her doctor's fear the same day.

Instead of processing her diagnosis privately, Sherrie posted a photo of her "dimpling" on Facebook to raise awareness for this often-overlooked symptom. "Please check your breast regularly and don't ignore anything that is different," Sherri wrote. "Please share and raise awareness."

Sherri told POPSUGAR that the only reason she was suspicious of her "dimples" and knew to immediately see her doctor was because of another woman's post that she came across a few months before her own diagnosis. "I suppose I'm just paying that favor forward and I just want to show other women that dimpling is something to look out for," she said. "If I can help one person like that one person helped me, then showing a bit of flesh is worth it. I want women (and men) to check their breasts regularly and know what to look out for."

Healthy Living
A Deaf Person Can't Lipread Through a Mask: How to Make Vaccine Sites More Accessible
by Jenny Sugar 2 days ago