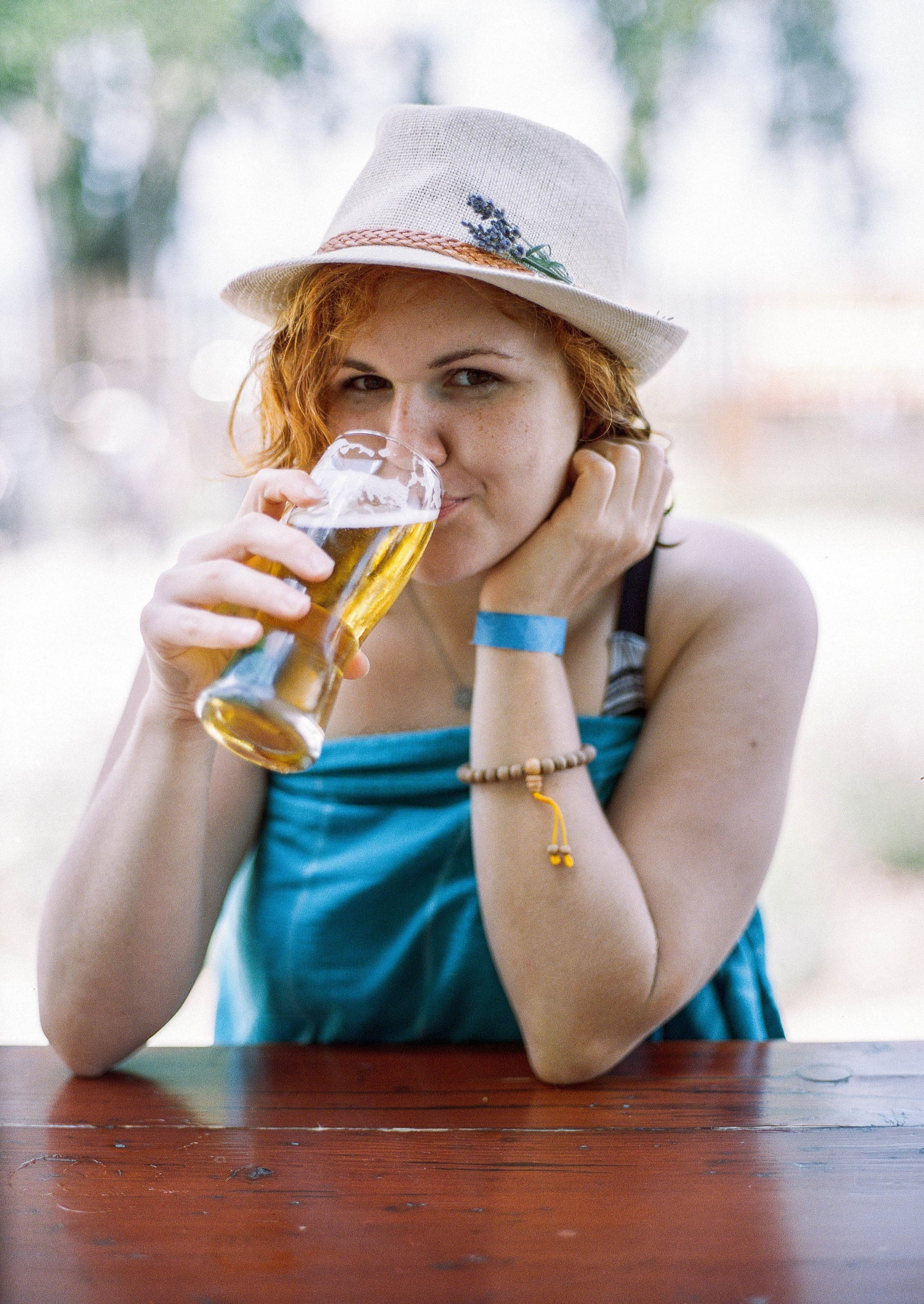 You know the story: you're nervous before a big date or you want to unwind after a stressful day and have a drink to calm yourself. It helps, too. Drinking a glass of wine can be a great way to subdue anxiety but not a great plan for the long term. Relying too much on alcohol has short- and long-term consequences and, in itself, can lead to problems in its own right.

"Alcohol ultimately replaces those important chemicals like dopamine and serotonin in the brain, which mitigate anxiety, therefore, in episodes where you are not drinking, then your brain is searching for those all important 'feel-good' connections, which become diminished because the supply has been mitigated," said Dr. Sheila Shilati, doctor of psychology, Psy.D, COO of Seasons Recovery in Malibu, CA.

Related:
CBD Has Changed My Life and Demolished My Anxiety With Zero Downside

Dopamine and serotonin participate in the pleasure centers of our brain. The more we feed those pleasure centers, through methods like alcohol, then the more we will crave the use of those things that mimic those neurotransmitters. "Heavy drinkers struggle so much to eliminate drinking because of the physical cravings that are being driven by the necessity to reward the brain," Dr. Shilati said. Although serotonin and dopamine are not the only neurotransmitters that are particularly affected by alcohol use, they are largely known for their impacts on mood and behavior, particularly with depression and anxiety. "In the short term, alcohol acts as a sedative and allows for anxiety to be diminished. However, in the long term, you see greater rates of increased anxiety and depression," Dr. Shilati said.

But Too Much Is a Problem

If our brain gets the message that it no longer needs to produce more serotonin or dopamine, then it will freak out because it is thirsty, thus resulting in anxiety. It does not mean that alcohol is all bad, though, Dr. Shilati cautioned, just that your brain requires enough time in order to ensure to reproduce enough neurotransmitter supply when the demand kicks in to feed the pleasure center of the brain. "Every person's biology is different, and how the brain gets flooded by alcohol will vary," Shilati said. So it's important to stay aware and notice if alcohol is affecting your mood after drinking.

Related:
How to Explain Anxiety to People Who Insist You Have Nothing to Worry About

As of now, doctors and researchers still don't completely understand the impact of alcohol and/or anxiety on the brain. "Alcohol is the messiest drug of abuse on the brain. It acts on a wide range of parts and has differing impacts based on dosage," said Kinsey McManus, MA, MSW, client services director, National Alliance on Mental Illness-NYC Metro. Additionally, with mental illness, there is a general understanding of what can change in the brain, but the understanding is not sophisticated enough to make a diagnosis based on changes in the brain.

Everyone experiences anxiety; it's a common and normal response to stressful situations. However, someone with an anxiety disorder feels more than just temporary anxiety to stressful situations. They may experience intense bursts or extended periods of anxiety on a regular basis. An anxiety disorder can affect every aspect of a person's life, including work, relationships, and overall health and well-being.

Anxiety disorders are more strongly linked to alcohol dependence than alcohol abuse, though. "Meaning that a person with anxiety is more likely to develop a long-term/chronic alcohol use disorder than short-term bouts of excessive alcohol use," McManus said.

There is a complicated relationship between alcohol use and anxiety. For many people who experience both, it leads us to ask the proverbial chicken or the egg question. The reality is that it depends on the person. "Alcohol use can help a person who experiences anxiety feel more comfortable in anxiety-provoking situations," McManus said. For example, a person who experiences high anxiety in social situations may drink to soothe the anxiety and feel disinhibited enough to talk to others. "This is something that we refer to as self-medicating," McManus said.

Related:
5 Things Your Anxiety Fools You Into Believing

Like all things, we want to be aware of our use of alcohol and its purpose in our daily lives. If alcohol is the only supplement to managing one's anxiety, then it would be worthwhile to consult a professional to discuss alternative solutions, such as seeking integrated treatment. "This means that both issues will be addressed at the same time. Receiving help for anxiety but not alcohol use/abuse or vice versa will lead to poorer outcomes and greater likelihood for relapse in both," McManus said.