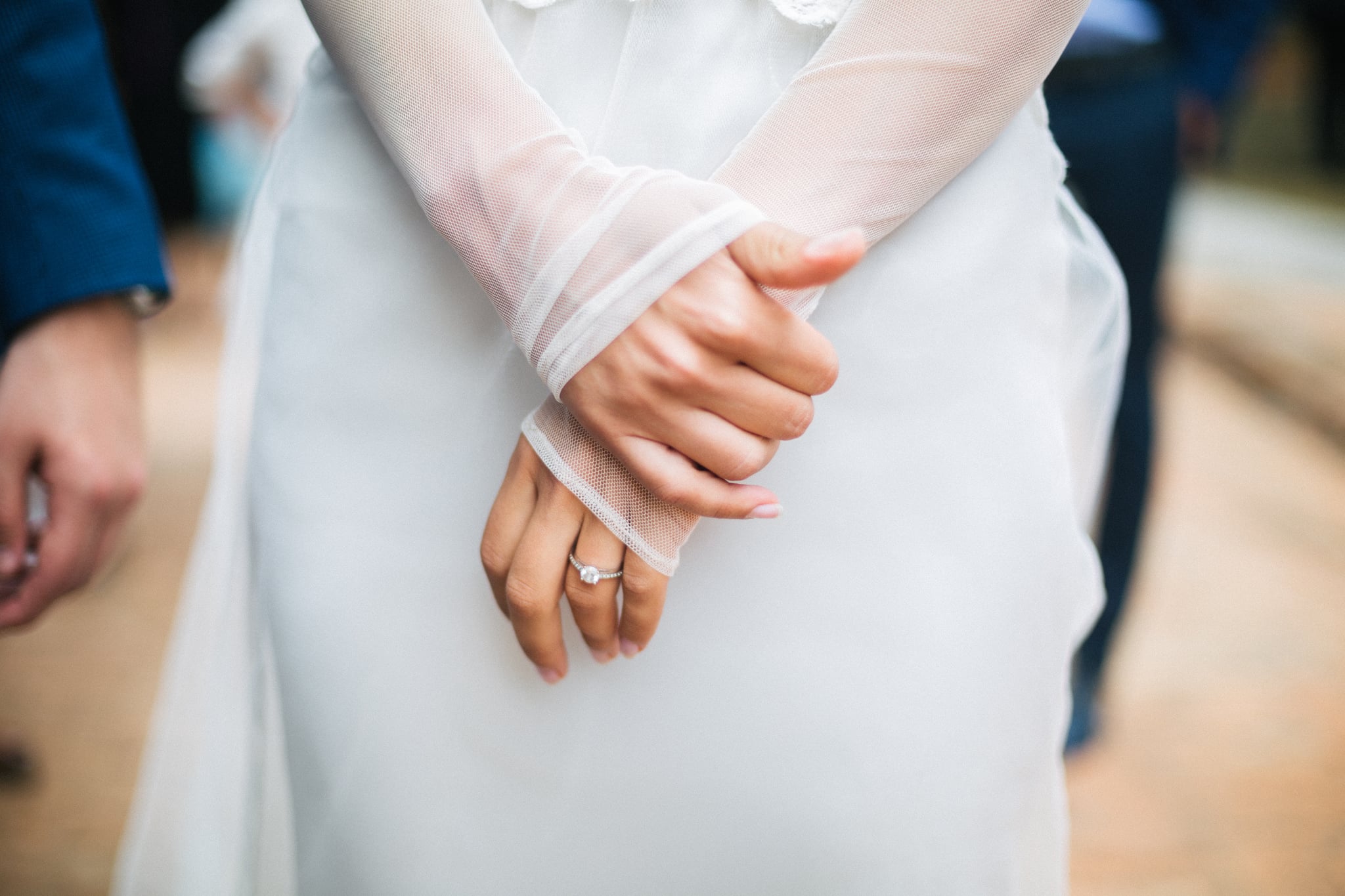 Let me be clear: getting engaged made me want to get healthy — not skinny — both in my diet and in my lifestyle. It's not really about the big day for me, or about how I might look in the pictures (though I'd be lying if I said I didn't want to look my best). I don't want to look like someone I won't recognize when I look at my wedding-day pictures years later. But getting engaged was a nice overdue wake-up call. There was no longer any denying my status as an adult. At the time of my engagement last year, I was thin and active, but I wasn't healthy, and I decided it was finally time that I changed that.

After years of struggling with disordered eating, this change to conscious and nutritious eating has completely changed my outlook on my body.

My relationship had been heading toward engagement for a while, but having a ring on my finger has compelled me to think about the future in ways I had previously cast aside, believing those thoughts could be dealt with later. "Later" is no longer in the distant future. I will have a wedding, and in the years that follow, I want to become a mother. It was those things that were top of mind when I started to reevaluate my daily choices: not squeezing into the tiniest dress I could find, but being a strong and healthy woman and mother.

Up until this year, dieting for me has always meant restricting. I thought it meant eating less and carefully counting calories. I thought it meant choosing the granola bar that has 100 calories rather than the one that has 200, and drinking Slim Fast instead of most meals. And yes, in the most basic sense, that is what dieting is. Rather than focusing on losing weight, which is not something I want anyway, my focus this year has turned to nutrition. I initially started tracking my macros, entering my daily intake of protein, carbohydrates, and fat into an app, but keeping tabs on every little thing I consume is triggering for me. I did it long enough that now I can balance my diet between the three without actually keeping track.

My fiancé and I have also started making meals. Rather than the dry chicken and broccoli with quinoa we started making soon after the engagement, we now order meal kits each week and make elaborate dinners together. My plates have become more colorful than I could have ever imagined back in college, where I subsisted on a steady diet of chicken fingers. Creating these meals together is usually my favorite part of my day, and it's something that brings me real joy.

Related:
The Sneaky Psychological Reason Your Diets Never Seem to Work — and What to Do Instead

That's the other part of my health that I've focused on in the months leading up to my wedding day: my mental health. After years of struggling with disordered eating, this change to conscious and nutritious eating has completely changed my outlook on my body. I want to raise kids who appreciate and love their bodies rather than abuse them, and I can only instill those qualities in my children if I embody those qualities myself. I may have looked like someone who took good care of herself when I got engaged last Summer, but on my wedding day (and in the years that follow), I will now actually be someone who takes good care of herself, both inside and out.

Healthy Living Tips
Here's Why You Should Sleep With an Air Purifier On, According to Experts
by Brittany Beringer-Tobing 5 hours ago