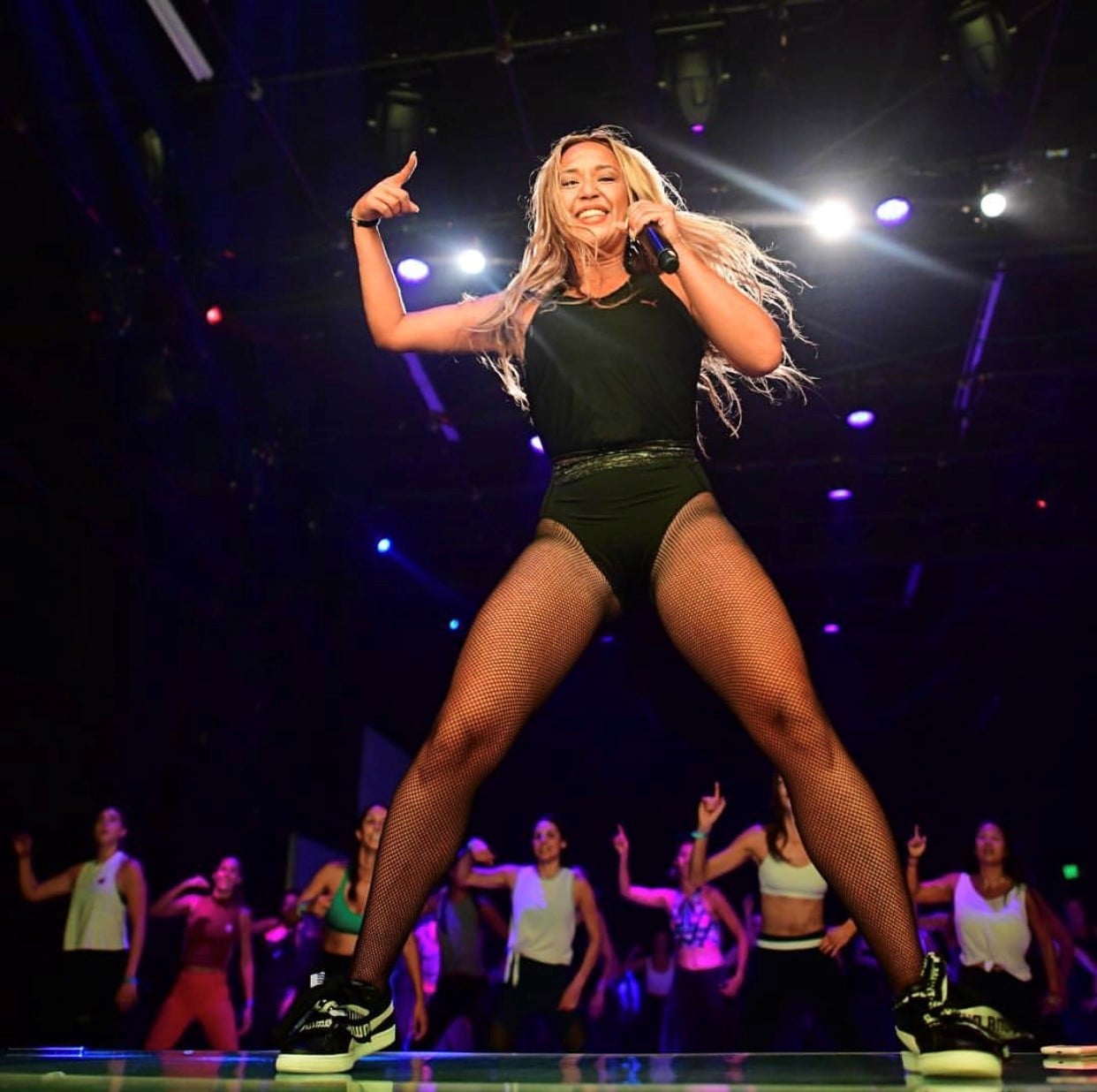 Nicole Winhoffer, celebrity trainer to stars like Kate Hudson and Madonna, totally changed the way I think about fueling my body for workouts. The Revenge Body trainer gave me three simple rules to follow, explaining the science behind why they all work.

"These three things work not only for myself but also for my clients that are star athletes, who are at the top of their game. Intermittent fasting, electrolytes (like Propel Water), and a snack that can give them time so they can feel intuitively what their body needs."

First up: intermittent fasting, which I have been so curious about! Nicole explained why it's such a crucial concept for her.

"I am a big believer in intermittent fasting, and I've been doing it for seven years now," Nicole told POPSUGAR. "The whole idea and science behind that is that you want to give your body time to digest its food after your last meal, and when you work out on an empty stomach, your body is using stored fat as energy rather than the breakfast you've eaten in the morning."

This makes total sense! I've since stopped eating before my a.m. workouts, and I definitely feel a difference. Nicole broke down the science of why intermittent fasting works.

"Our bodies burn glucose first, so if your body doesn't have any glucose in its system, the next way to use fuel is your fat. So first it's glucose, then it's fat. Also, it takes energy to digest food, so when you don't have food in your system your brain is actually working much sharper because it isn't working on digesting food."

Related:
This Is Exactly How Selena Gomez's Trainer Likes to Sculpt Abs

Second: electrolytes! "I sweat a sh*t ton!" (Nicole keeps it so real!) "Sweating is so good for releasing toxins. A lot of people don't realize how important electrolytes are, how important minerals are, as well as amino acids and salt. They're all key to refueling your body."

"I suggest that people drink water of course, but also Propel Water because the electrolytes really help to rebalance the minerals in our system and that's a pretty new concept for people who aren't, say, marathon runners or on global tours. For example, Madonna — I always had to make sure that she was replenished with electrolytes — not just one bottle but two or three. It's so important."

If Madonna does it, I'm on board!

Related:
Britney Spears Swears by These 9 Strength-Training Moves to Switch Up Her Workout

"Post workout, in addition to electrolytes, I think people need to be prepared. What's funny about even my star clients is that people don't plan what they're going to eat — they wait until the last moment. I always recommended packing snacks just in case you're stuck in traffic or just in case the restaurant you're at doesn't have something that you like and those snacks can give you adequate time to figure out what you're craving. Some snacks I like are a low-sugar protein bar that your digestive system can handle. My favorite flavor is dark chocolate. A small Ziploc of almonds."

These rules make total sense. Nicole is such a fantastic trainer because she explains not only the what, but the why and the how. Her keen understanding of science and the way our bodies works is evident in all that she does. No wonder so many stars call on her for help!

Healthy Living
"You Just Have to Take a Step": Rebecca Louise's 4 Tips on Staying Fit and Positive Right Now
by Maggie Ryan 1 day ago