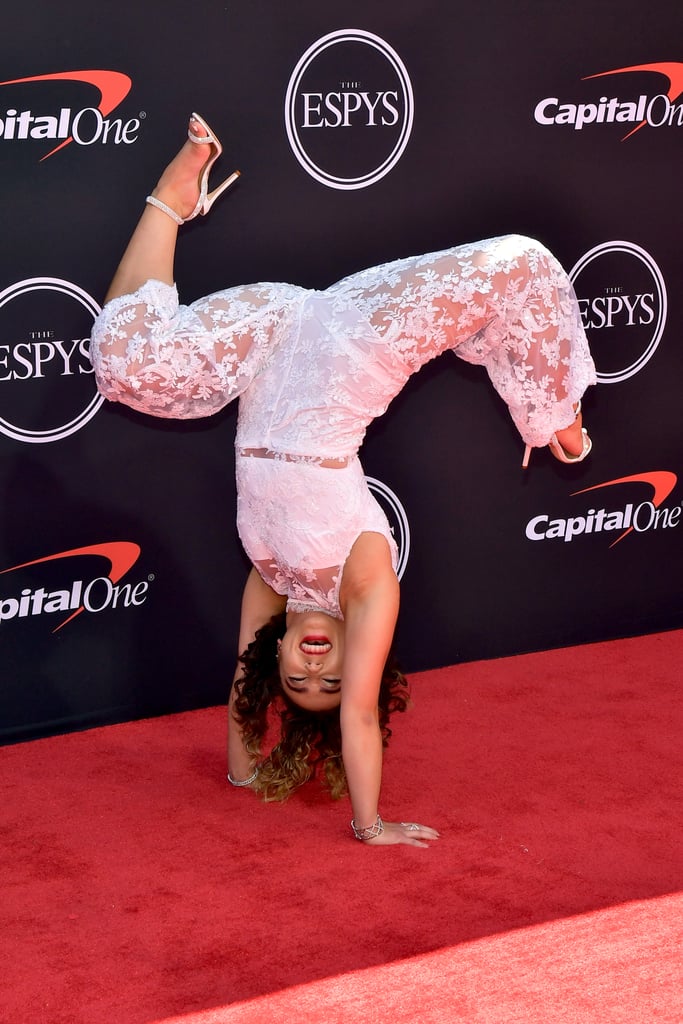 ICYMI, not only did Katelyn Ohashi make her first appearance at the 2019 Excellence in Sports Performance Yearly Awards on Wednesday evening, but she did it in style. The 22-year-old gymnast traded in her leotard for a lacy white jumpsuit. But not even her matching strappy white heels covered in sparkles could stop her from doing a handstand smack dab in the middle of the red carpet.

A former University of California Los Angeles gymnast, Katelyn first made waves on the internet back in 2018 when she did a floor routine set to Michael Jackson's biggest hits, so she's definitely no stranger to internet fame. Now, the viral collegiate gymnast is blowing our minds all over again, and her impressive red carpet "routine" absolutely gets a 10 from me. See Katelyn's impressive red carpet entrance ahead.