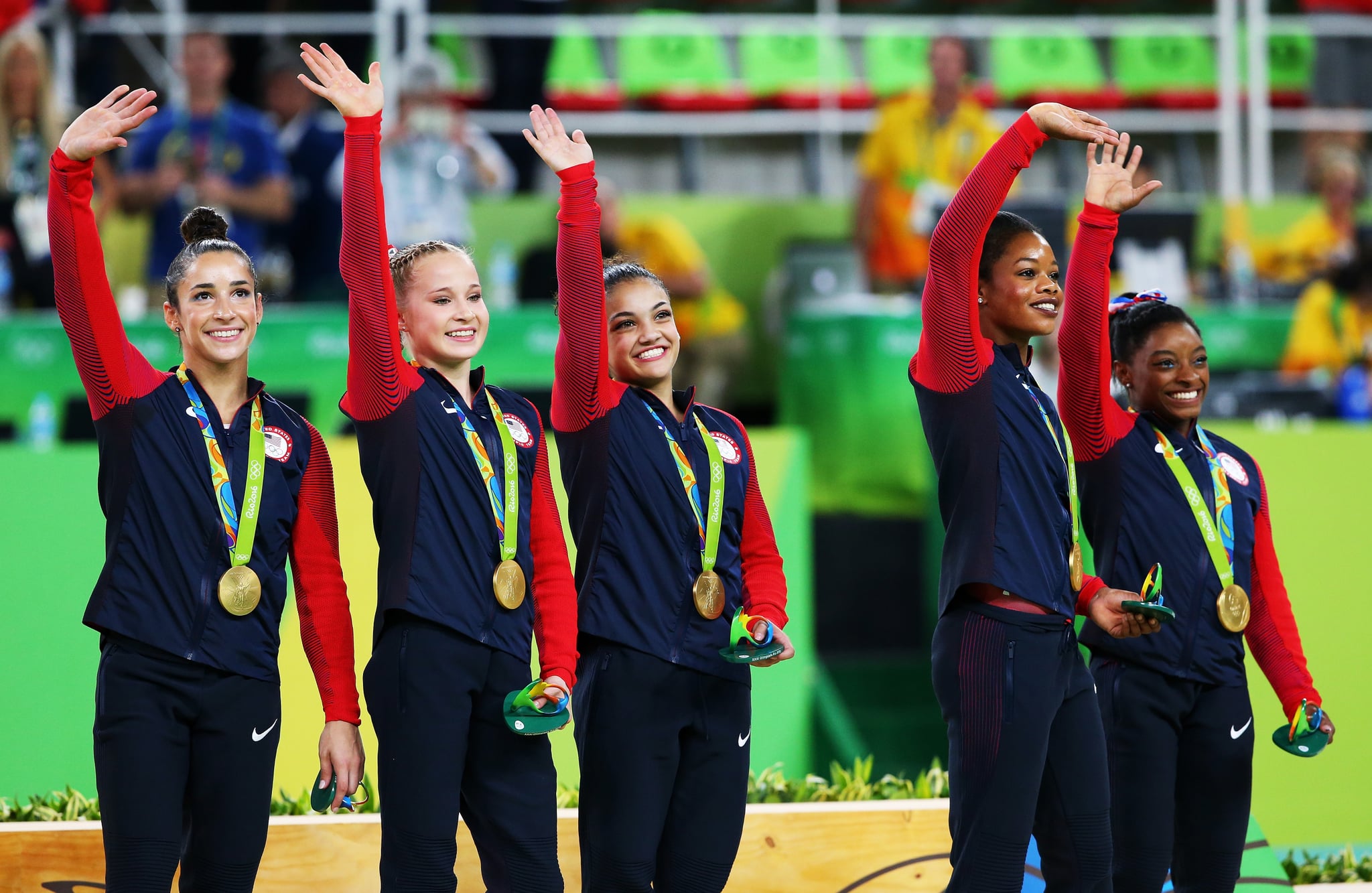 Mary Lou Retton is pretty familiar with what a perfect 10 looks and feels like — after all, she did it twice in a row on the vault at the 1984 Los Angeles Olympics, becoming the first American woman to win gold in gymnastics.

Since then, the gymnastics events have been a little harder to follow, scoring wise; in fact, the perfect 10 no longer exists. "I hate the new scoring system," Mary Lou told us (or exclaimed, rather!). "It's so complicated, I barely understand it!" There is literally algebra involved, so we're on the same page.

"There is no such thing as a perfect 10 anymore, which is crazy to me. That was part of the specialness of gymnastics." That said, she totally gets why the new scoring system exists: "Because gymnastics is such a subjective sport, it was meant to make things a little more fair."

Whether you're watching highlights of the Fierce Five or excited for upcoming events in the next few days, we chatted with this Olympic gymnastics icon — who is now a brand ambassador for Nature's Bounty — to get a totally expert, insider guide on how to watch the events and what to look for. First up: let's discuss the new scoring.

There are two categories of scoring: difficulty and execution. Here's how Mary Lou broke it down.

"There's a difficulty score, how difficult the routine is. Then the execution score; that's where the judges will take off for bent legs or if you don't stick your dismount, you know, that kind of thing" — more on this in a minute. "They add those two scores up, then that's where you get your 14, 15, or 16. . . . Anything over a 15-point-something is excellent; that's a really big score!" she told POPSUGAR. "Sometimes, like with Simone Biles, you might see a 16 — that one's incredible."

Because there's no "maximum score" anymore, keep your eye out for anything above 15 points, because as Mary Lou put it, there will be plenty of 15s to see, especially from the Final Five, their self-appointed nickname due to a rule change decreasing national team size from five to four competitors. "Anything higher than a 15.1 or .2, etc. . . . those are going to be your winners. And you're going to see a lot of those from Team USA. A lot."

We asked Mary Lou if she could help guide us through each event and clue us in on what to watch for — what are the judges thinking? How do you even make sense of it all? Isn't it all just amazing? There's a lot to it, and Mary Lou totally broke it down in a way that makes sense. Use this as your cheat sheet for watching Team USA totally dominate in Rio. 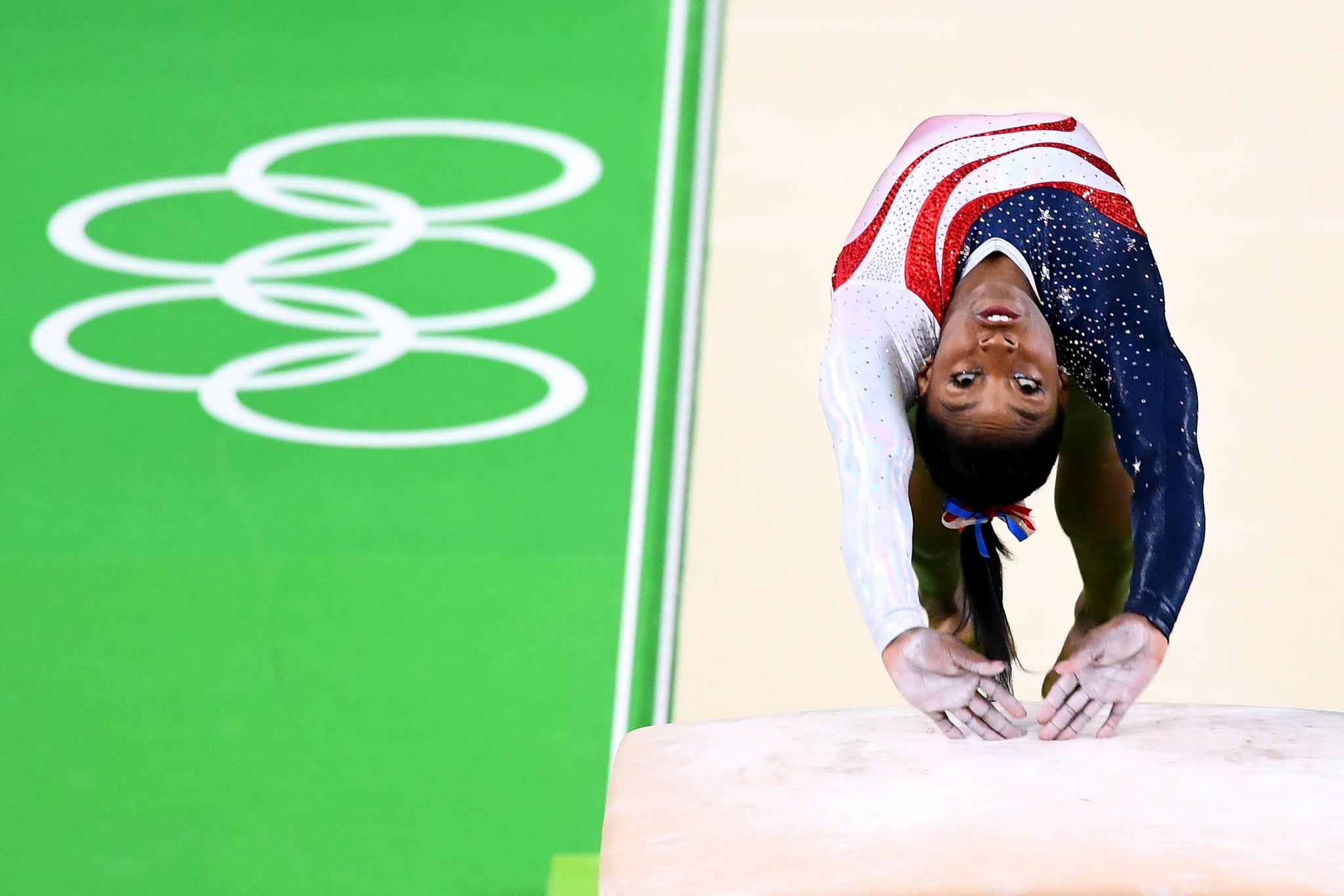 Mary Lou is inarguably the queen of the vault, so we were dying to know what we should be looking for. "There are amazing vaulters on Team USA," she said.

We also really wanted to know who she's watching on the vault in this year's Olympics — it's no surprise that she's got her eye on Simone Biles. "Unreal . . . she's just heads above everybody else," she said. And why? Because she is master of more than one form of vault.

Mary Lou explained, "In the first day of competition for team finals — and this may be a little too sophisticated — you have to do two vaults from two different families. That's double the work because you have to train for two completely different vaults, and of course she can do that." Noted!

Related:
Dealing With Fear on an Olympic Level, According to Gymnast Simone Biles 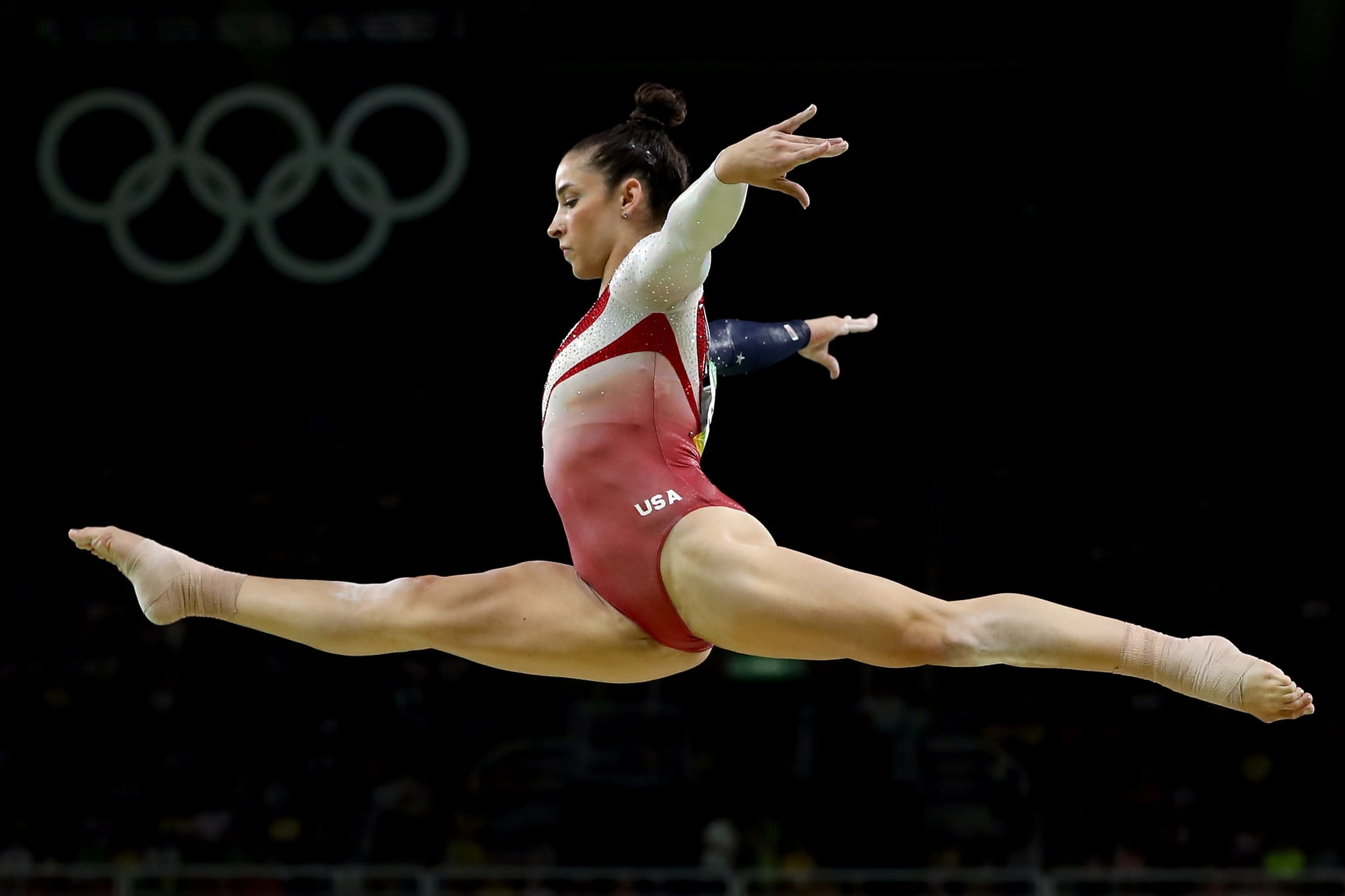 A favorite for many an Olympic fan, as well as Mary Lou herself — "this is my favorite event to watch," she said. "And most people's, because it's one of the longer events in women's gymnastics, it's set to music, and you get a sense of the athlete's personality." It's also more subjective and a bit harder to explain the judging. 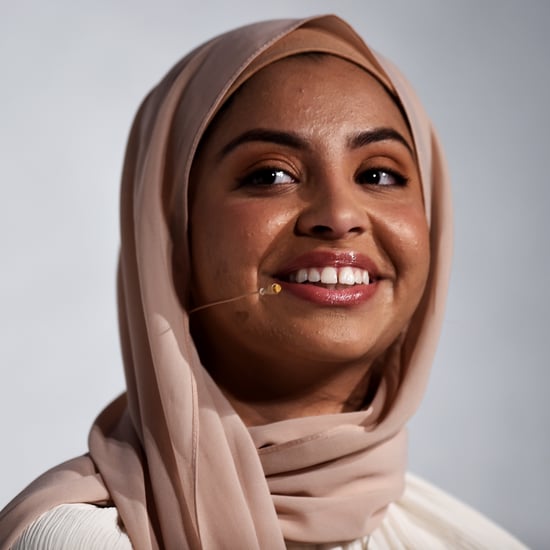 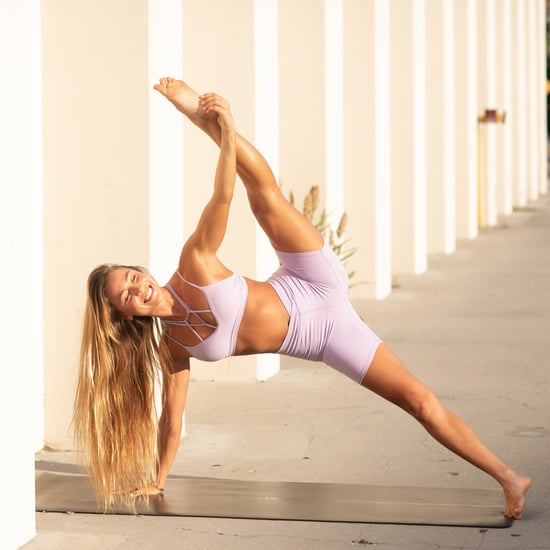