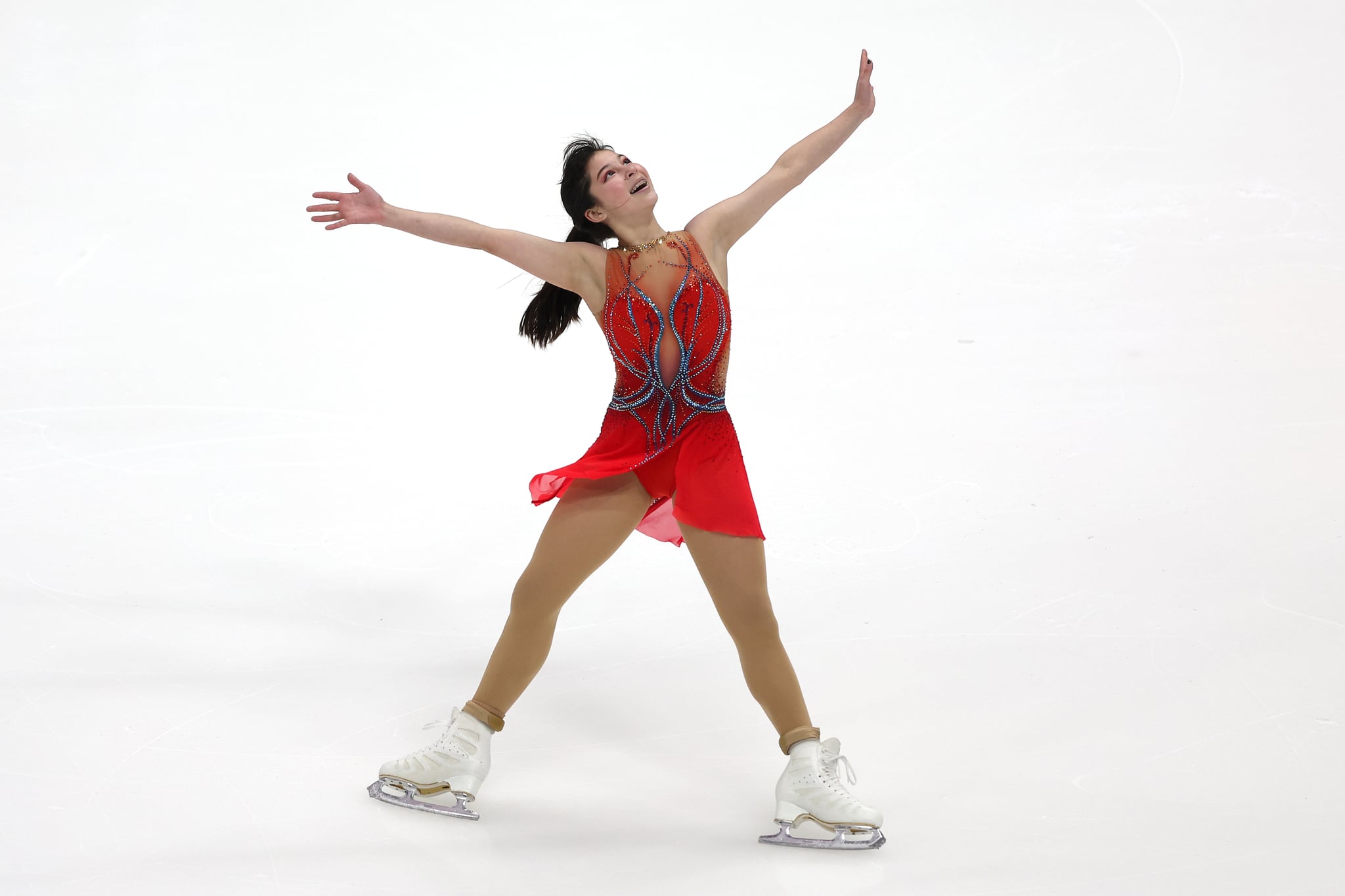 Figure skating is always one of the marquee events at the Winter Olympics, but it's also one of the most complicated to follow. The scoring system for figure skating is complex, with athletes being evaluated on both the difficulty of the elements they perform and how well those elements are executed. If you enjoy watching these world-class skaters compete, but could use a bit of background on how they're being judged, you've come to the right place. Here's a primer on the scoring terms you'll hear across figure-skating disciplines, from men's and women's singles to pairs and ice dance.

One of the key concepts in figure skating scoring is the "base value." Every program contains a combination of technical elements: jumps, spins, step sequences, lifts, throws, twizzles, choreographic sequences, pattern dances, and twists. The specific elements included in the routines depend on the discipline. For example, twizzles and pattern dances are elements found only in ice dance, while twists and throws are only seen in pairs.

To achieve a higher base value, skaters may plan a more challenging entry into a throw or jump, for example, or change positions during a spin or lift. Elite figure skaters will usually have as many level 3 and 4 elements in their program as possible; if they slip up and fail to execute those extra-difficult features, they might have an element called at a lower level, which means a lower base value. Additionally, some skaters choose to perform jumps in the second half of their program, where they're subject to a 10 percent bonus in base value.

Base values are just the beginning. Every technical element is judged not just on how difficult it is to perform, but how well it's executed. Under the current ISU Judging System, elements can be judged on a scale of -5 to +5 grade of execution (GOE). There's a complex checklist of criteria for determining the GOE for each element, and each judge may evaluate the elements differently. When calculating the points for each element in a program, the highest and lowest scores are thrown out, and the rest are averaged to create a GOE that is either subtracted from or added to the base value.

However, the math is a bit more complicated than it would seem. The points awarded based on GOE are relative, tied to a percentage of the element's base value. For example, rather than adding two points to the base value of a jump that received a +2 GOE, the scoring system instead adds 20 percent of the base value. In general, though, the better an element is performed, the more points are added to its base value. If a skater falls on an element, it's automatically assigned a -5 GOE, and a point is also deducted from the overall program score (more on that in a moment). Deductions can also happen if there's a costume violation (like a piece falling onto the ice), if a program takes too long to start or end, or if an illegal element is performed.

The final score for a figure-skating program is comprised of two separate sets of scores: the technical element score (TES) and the program component score (PCS). For old-school skating fans, think of these as a more detailed version of the technical and artistic scores awarded years ago.

TES is all about the technical elements performed and is calculated by adding together the final scores (base values and GOEs) of all the elements in a program. PCS is a bit trickier. This score is meant to reflect the "artistic" components of a program, outside of those more technical elements. The five components evaluated include:

These components are each graded on a scale of 0 to 10, in increments of 0.25 points. Like TES, the highest and lowest scores for each component are discarded and the rest averaged, then the five averages are added together to get a final PCS.

In theory, PCS is designed to be evaluated separately from TES, giving skaters who may not be the best jumpers, but who display exceptional skating skills and complexity, an opportunity to shine. In practice, this separation is the subject of much debate among skating experts and fans. While some feel that the system works as intended, others feel that there's something of a "reputation bump," where skaters with high technical scores are assigned correspondingly high performance component scores without meeting all the benchmarks.