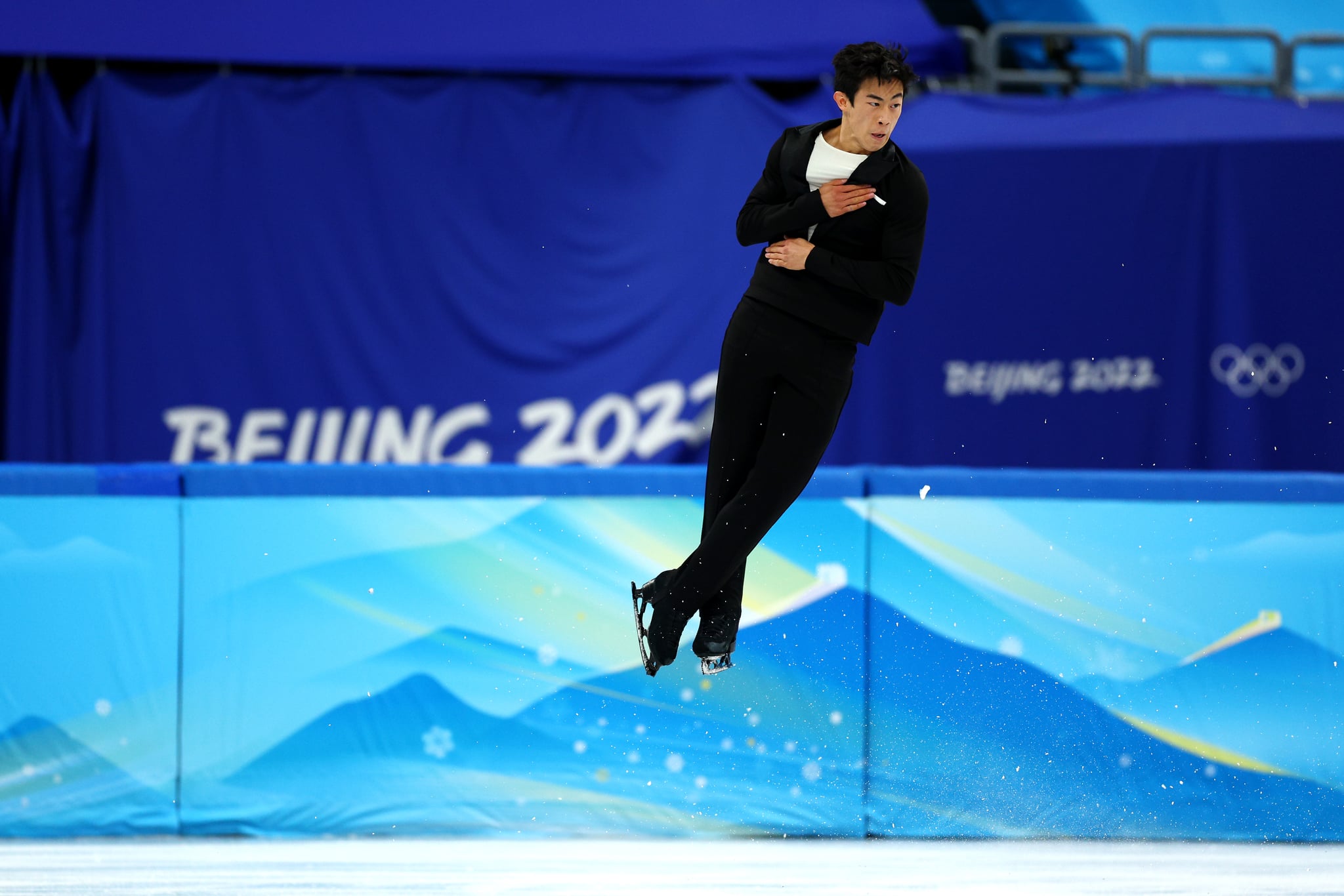 The figure skating competition at the 2022 Winter Olympics is officially underway, which means you're going to be hearing a lot about quads for the next couple of weeks. This time, it's not just because Nathan Chen — who's affectionately known as the quad king — is set to compete for Olympic gold. In the past several years, quad jumps have become more common in figure skating, and they're not going away anytime soon. Here's what you need to know about them.

What Is a Quad in Figure Skating?

"Quad" is short for "quadruple jump," a jump with four rotations. These are the most difficult jumps that will be performed at the Olympics, and they're performed predominantly by men's figure skaters, although a few women have started adding them to their repertoires. Out of the six recognized jump types in figure skating, five are currently executed in their quadruple form: the toe loop, the flip, the lutz, the loop, and the salchow. The axel, which is the only jump with a forward takeoff and thus has an extra half-rotation, has never been landed cleanly as a quad, though Japan's Yuzuru Hanyu has signaled that he may attempt it in Beijing.

As "Scientific American" explains, the physics behind quads is, frankly, astounding. Skaters launch themselves into the air, where they hang for approximately 0.65 to 0.70 seconds, and in the span of that time, rotate themselves four times. Then, they land on the edge of a thin piece of steel, on one foot, with force equivalent to around seven times their own bodyweight — and then they go smoothly into their next element.

How Common Are Quad Jumps?

Quads have become a necessary staple for the top tier in men's figure skating. As recently as 2014, only a few men had a quad or two in their programs, but in the years following, the "quad revolution" hit big time. The top contenders in Beijing — including the two-time defending Olympic champ, Hanyu, and his Japanese teammate Shoma Uno, as well as American champion Chen and compatriot Vincent Zhou — have several quads planned between their short and free programs, with some quads being part of multi-jump combinations. Skaters who lack a reliable quadruple jump — American fan favorite Jason Brown, for instance — run the constant risk of simply not being able to keep up with the big points earned by those who have mastered at least one type of quad jump.

Up until the past few years, quad jumps have been exclusive to the men's singles discipline, but these technically challenging jumps have now broken into women's figure skating, too. A small group of Russian teenagers have led the way, adding multiple quads to their programs and racking up so many points that they're almost unbeatable. In fact, all three favorites for the women's podium in Beijing are Russian teens with quad jumps in their programs: Kamila Valieva, Anna Shcherbakova, and Alexandra Trusova. Quads haven't permeated the women's discipline as much as the men's, but it could be on its way.

The increasing importance of quads has launched an ongoing debate as to the future of figure skating. The physical toll of quads and the push to keep adding more has, in some cases, resulted in a shift of focus away from the art of creating a program and away from the "components" — things like interesting transitions, musicality, and footwork that used to be referred to as "artistic merit." The risk and reward of quadruple jumps has made them one of the hottest topics in figure skating today, and you're sure to hear a lot about it throughout the competition as skaters soar (and fall) on these spectacular and difficult elements.