As long as I can remember, I have been a self-proclaimed running-hater. For years, I tried to hit the pavement and jump on the treadmill, but I simply could not get past the pesky side stitch and mountainous mantra of "I hate this so much" that repeated in my mind like a bad top-40 hit, crawling under my skin and making its permanent home. I can (and would) run if there is no other cardio available, but if you would have told me two months ago I would start waking up early to run three miles and actually like it, I would have laughed in your face. But this is exactly what has happened. 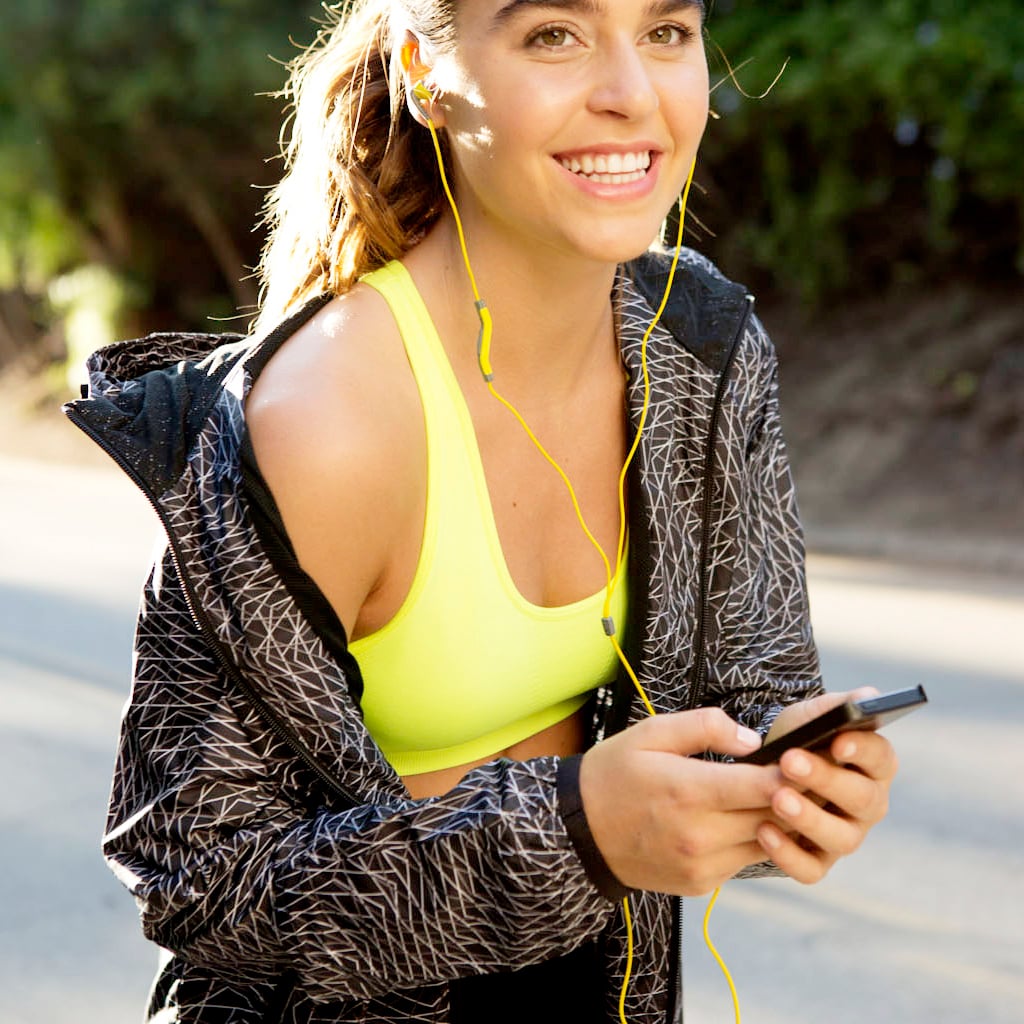 Lots of people in my life crave a good, long run, and I finally decided to get clear about what made me so sure I hated this form of cardio with such an vehement passion. In theory, running has always sounded amazing. You can run anywhere. You don't need anyone else to do it with you. You don't need a ton of new gear, but it was that whole completely free thing that what made me want to give it a real go. I chatted with friends I love dearly and a few I had I just met (Run, Karla, Run was a big inspiration) and decided to give running a real chance.

I was visiting my family in Florida and in dire need of a break from the action, so I headed to their community's gym, jumped on the treadmill, plugged into some killer cardio music, and just started moving. I didn't push myself with any crazy intervals, and I didn't try to go faster than what felt comfortable. I simply started moving, one foot in front of the other, and soon decided I was not getting off until I had run for 20 minutes. I focused on my breath, my stride, and my pace instead of everything I hated, and I ended up going way past the 20-minute mark. After being off a treadmill for close to a year, I completed four miles and only shut it down because I didn't want to be too sore to run the next day. No one was more surprised than me.

Nothing was particularly miraculous about this day or this run or the leggings I was wearing — the only change was my internal dialogue. All the old stories started playing in my head about how much I hated running and how I couldn't understand how anyone could enjoy this, [insert your excuse here] but instead of giving in and letting those words take over and grab hold, I ran through them. The first 10 minutes sucked, but as soon as I made it through that first mile, I began to hit my stride, feel the sweat, and found myself in a truly meditative state. I didn't want this to be a one-time thing, so then I went back the next day and then again the following morning. In less than a week, my body and my brain started to crave the treadmill, and I knew I wanted to stay on track when I headed back home to San Francisco. This just felt too good to give up. Without a current gym membership, I transitioned cardio to the streets and found these workouts to be even more relaxing than my initial treadmill runs.

The real reason I've stuck with running the last six weeks? It's opened up my schedule dramatically. There's no stress of having to pack the night before, book it to an expensive class, and rush around like a crazy woman after to get to the office. I wake up, throw on shoes, head out for a solid 3.5 miles, have plenty of time to get ready at home, and enter work with a relaxed demeanor, a calorie-blasting session under my belt, and much more money in my pocket than when I was bingeing on studio classes. Everything about running always felt and sounded so difficult, but my newfound cardio habit has only made my life easier, and that's why I've been able to make it stick.