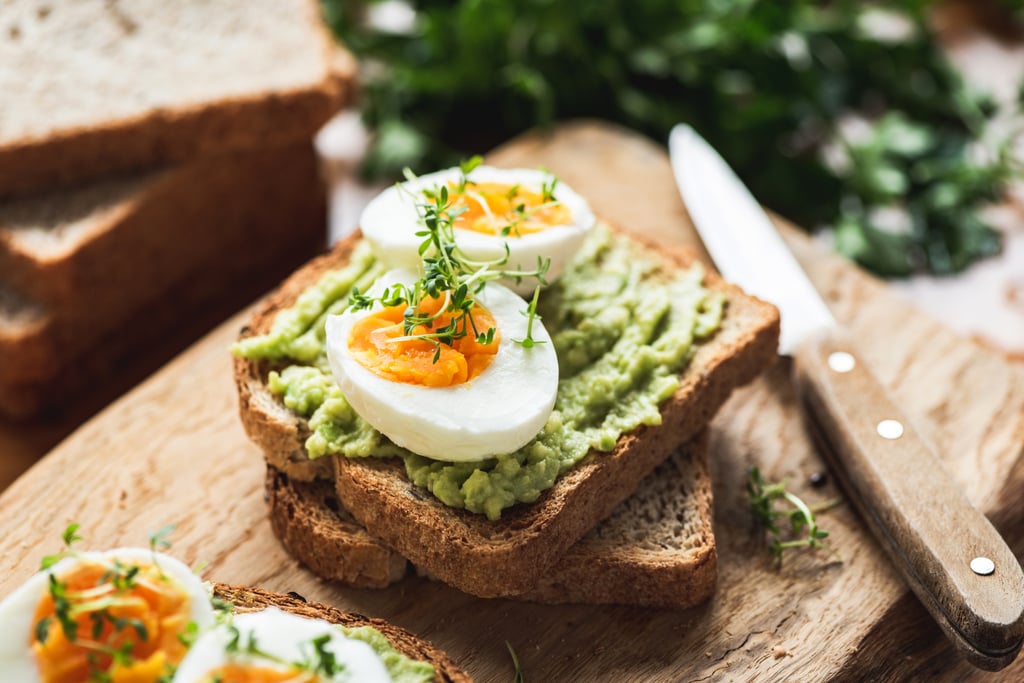 How Much Protein Is Actually in an Egg?

Eggs are one of nature's best, protein-packed gifts to us: they're delicious, cheap, and versatile, making them a healthy option for breakfast and beyond. Most people turn to eggs as a good source of protein and with some sautéed veggies and maybe a side of whole-wheat toast — a hearty breakfast that will keep you satisfied until lunchtime.

"Eggs have all essential amino acids and also contain vital micronutrients inside the yolk," says Taylor Fazio, RD, a registered dietitian and wellness advisor at The Lanby. "As long as an individual doesn't have an allergy or intolerance to eggs, I would highly recommend adding eggs into meals as a protein source."

There is still some debate, however, over whether or not you should eat the yolk in an egg. Those on the nay side will point to the cholesterol in yolks as a reason to think twice about them, but "current research shows in most individuals, the cholesterol found in eggs will not negatively impact blood cholesterol levels," Fazio tells POPSUGAR. "Eggs can be consumed with yolk without issue." In fact, egg yolks are sometimes called "nature's multivitamin," Fazio says, due to their "high amounts of vitamin A, D, E, K, and B vitamins — all nutrients we need to get through food."

More about how much protein is in eggs, and how many of them you can eat a day, here.

Related:
21 Healthy Soup Recipes Perfect For Warming You Up This Cozy Season

How Much Protein Is in an Egg?

One large egg has about six grams of protein, according to the USDA. Egg whites alone have a little less than four grams of protein each. A yolk itself has a little more than two grams of protein. That's a solid amount for a snack, but may not be enough to provide all the protein you need in a meal.

Protein is an essential macronutrient that, among other things, can help you build and maintain muscle. Registered dietitian and ACSM-certified personal trainer Jim White, owner of Jim White Fitness and Nutrition Studios, told POPSUGAR in a previous interview that people should aim for 1.2 grams of protein per kilogram of bodyweight. So if you weigh 150 pounds (68 kilograms), you should eat between 68 and 82 grams of protein a day. That comes out to a little more than 20 grams at each meal, plus some protein-packed snacks in between. Fazio agrees with that benchmark, saying that while individual protein needs vary widely, "I generally recommend getting 20 to 30 grams of protein per meal." (Still, talk to your doctor before changing your diet to determine the right amount for you; there are drawbacks to getting both too much or too little protein.)

Foods That Have More Protein Than an Egg

While eggs are a solid source of protein, with six grams of protein each, it's always a good idea to keep your diet rich and varied, which means mixing and matching your protein sources frequently. Here's how that compares to other common protein sources, according to the USDA:

Need some inspo to get started? Check out these egg recipes that make for a healthy breakfast or breakfast-for-dinner option.