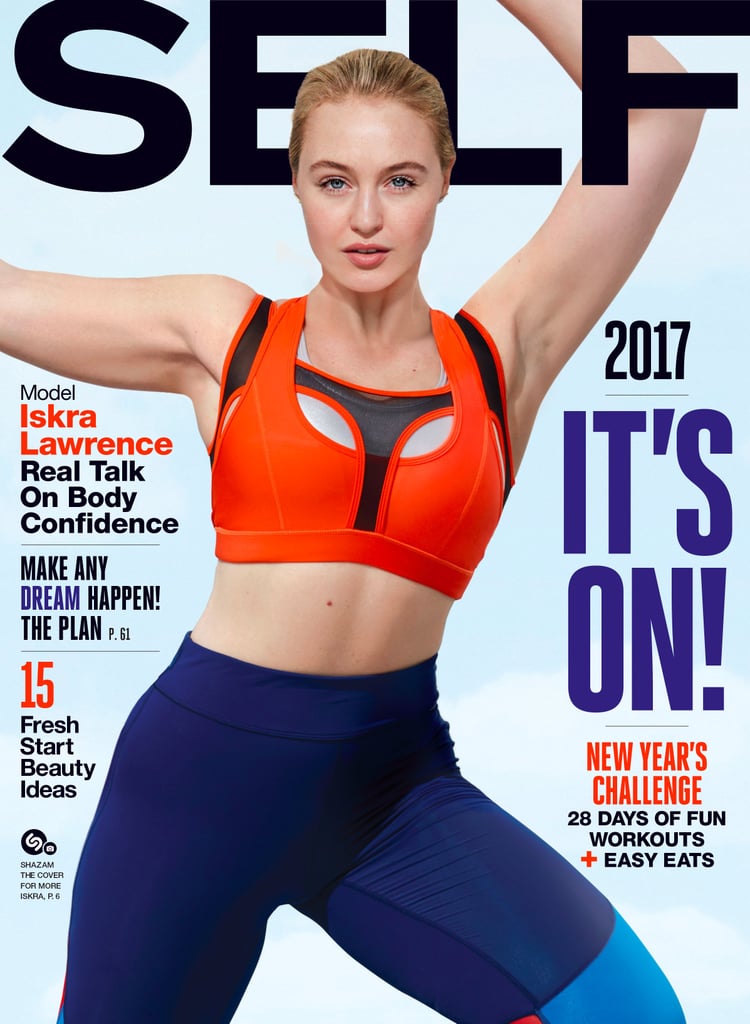 When Iskra Lawrence was just 16 years old, her modeling agency dropped her for being too curvy; now, at 26 years old, when we hear her name we immediately think of body positivity and confidence. For Iskra and many other women, her journey to feeling this way was tough, and now she's opening up about how she got to this place in her life in the January/February cover feature of SELF magazine.

The British model has gathered over 2.9 million Instagram followers thanks to her authenticity and genuine ability to keep it real, all while radiating sexiness and humor. When she stripped down to her bra and underwear on a New York City subway to spread a message about vulnerability, it didn't matter that she wasn't wearing clothes because everyone was blown away by her message. Iskra tried every diet under the sun when she was younger, but eventually realized she wanted to embrace being different in the modeling industry, and that's when her message spread like wildfire.

"Once I convinced myself I could do this, I was able to convince them," she told SELF, referring to modeling agencies. "I saw it as a way to express myself and show that I'm more than a set of measurements." Iskra jokes about her "tiger stripe stretch marks" and "cellulite lightning bolts," but above all of that, she's changing the lives of so many women.

From her appreciation for McDonald's to her ability to control her own future, Iskra is telling all, and it's motivating us to bring on 2017 with confidence, humor, and an unwavering feeling of self-love. Keep reading to see everything Iskra had to say about her journey and the amazing ways she's transformed.

Healthy Living
Knix (Makers of Period Undies and Sports Bras) Have Face Masks — They're Great For Workouts!
by Jenny Sugar 2 days ago