We recently stumbled across the new Magic Spoon cereal, and we can't wait to test it out. You may be wondering why we're hype about cereal, but Magic Spoon isn't your regular degular cereal, folks. It comes in four flavors — fruity, frosted, cocoa, and cinnamon — and packs 12 grams of protein and three grams of net carbs per serving.

Related:
These Mediterranean-Inspired Breakfasts Are Perfect For Busy Mornings or Weekend Brunch

Not to mention, it's keto-friendly, gluten-free, grain-free, and non-GMO. If that doesn't have you ready to give it a shot, it's also free of cane sugar, corn syrup, and sugar alcohols. All of that is to say: it's pretty healthy for a bowl of cereal.

Unfortunately, you won't be able to pick up a box from your favorite grocery store. Instead, you can order a Magic Spoon variety box ($39 for four boxes) online. If you're on the fence, the Magic Spoon website says you can try it risk-free, "100-percent happiness guaranteed."

We definitely plan on stashing a box or two at work and munching on the rest at home. Now, we've just go to decide which flavor we want to try first! 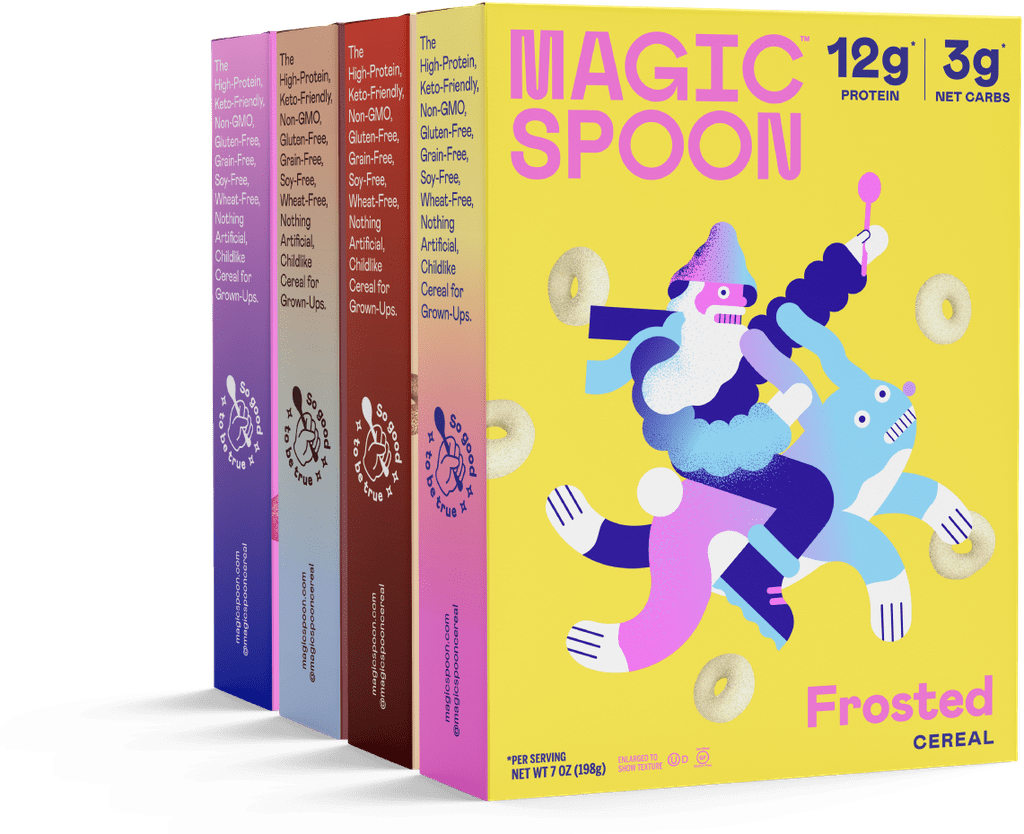 Healthy Living
Are Your Periods Irregular or Even Absent? Here's When You Should Talk to Your Doctor
by Abby Fritz 6 hours ago