It looks like Miranda Lambert had a big night at the Country Music Association Awards! Besides picking up an award for female vocalist of the year, the singer stunned on the red carpet, sporting newly dyed pink hair and a black dress. Since Miranda's big weight-loss reveal in 2013, the public has kept a close eye on the talented country sensation. When the rumors swirled that she had undergone weight-loss surgery, Miranda wrote an open letter on her website explaining that they couldn't be further from the truth. Miranda lost weight "the healthy and good old-fashioned way. Watching what I eat and working out with my trainer Bill Crutchfield." 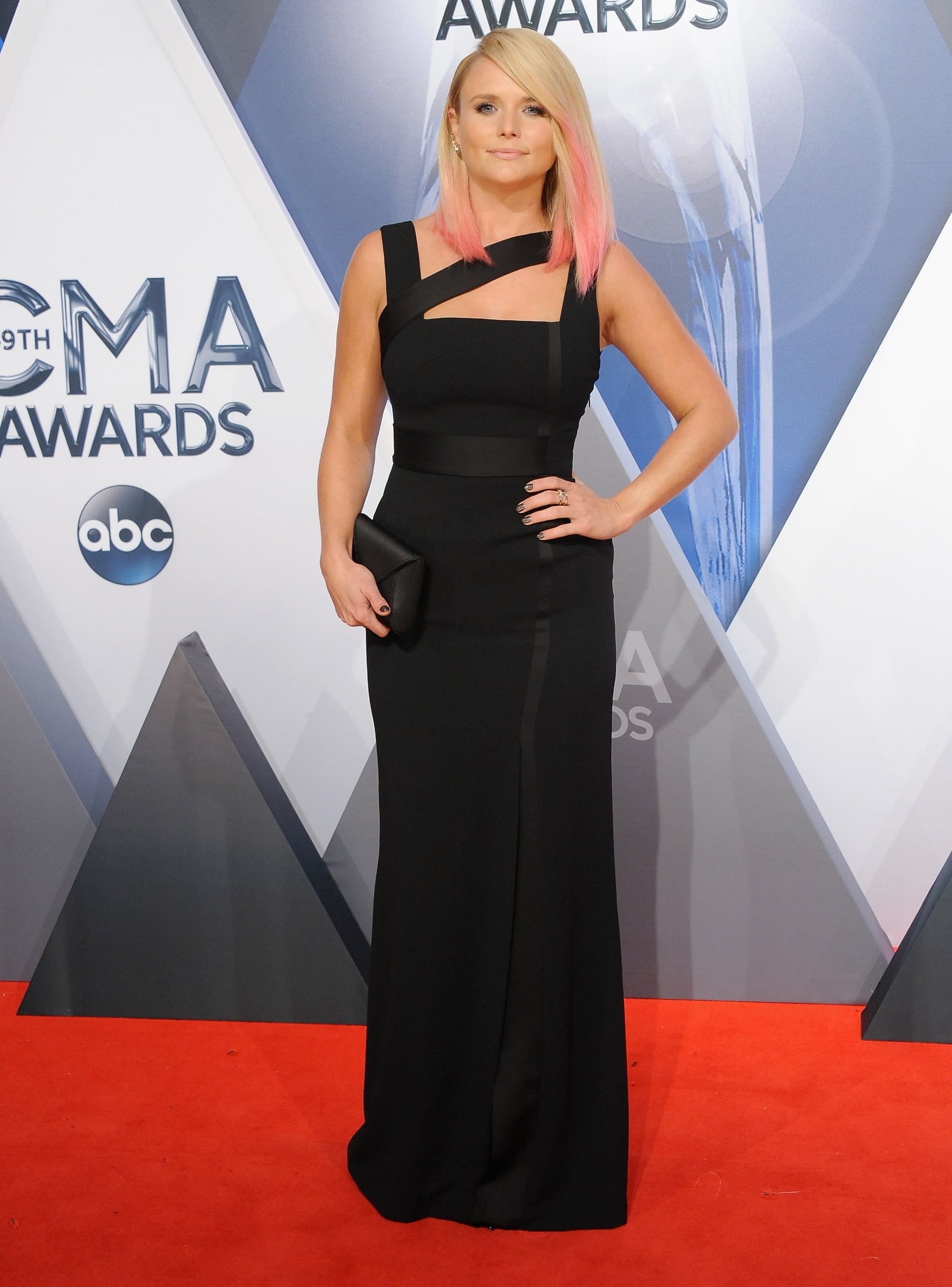 Even with a year filled with highs and lows, including promoting an album and splitting from husband of four years, Blake Shelton, Miranda has continued to experience healthy success through sustainable lifestyle changes and regular exercise. Here are some of the rules she's choosing to live by today.

She keeps healthy snacks on hand: On past tours, Miranda was notorious for keeping junk food on hand, but as of late, "almonds and bananas" are the only snacks allowed on the bus. She understands that taking temptation out of the picture is essential; she's even said, "I don't want Cheetos anywhere around me!"

She mixes up her exercise routine: When she's at home in Oklahoma, Miranda has taken up a new hobby: English riding lessons. Miranda says the sport allows her to clear her mind and do "something [that's] positive and physical and a hard workout." She still complements her equestrian endeavors with more traditional workouts with her trainer. Miranda says the two do a lot of "the stuff nobody loves" — but works — like bodyweight exercises, resistance-band moves, and circuit training.

She's learned to sip on green juice: Miranda says that she likes her vegetables — just with cheese and ranch dressing on the side. Instead of reverting back to old habits, Miranda has learned to drink green juice, since she's not a huge fan of veggies on their own. When she sips something green, Miranda feels like she's consuming "straight-up vitamins and good food," which supports her goals and keeps her energized, she says in Women's Health.

She won't obsess over the scale: Miranda has called the scale "your worst enemy when you're trying to lose weight or gain weight," since stepping on can put you in a sour mood really quickly. Instead of looking for a specific number, Miranda recently told Women's Health she's now choosing to judge her weight loss by how her clothes are fitting. If you've struggled with a similar sentiment, this might be the one tip of Miranda's to take to heart.

Lizzo
This Viral Lizzo-Themed Treadmill Workout Is So Good, Even Lizzo Loves It
by Jenny Sugar 17 hours ago

Lori Harvey
Lori Harvey Says She Was Eating 1,200 Calories Per Day to Lose Weight — Here's Why That's Not OK
by Taylor Andrews 6 days ago