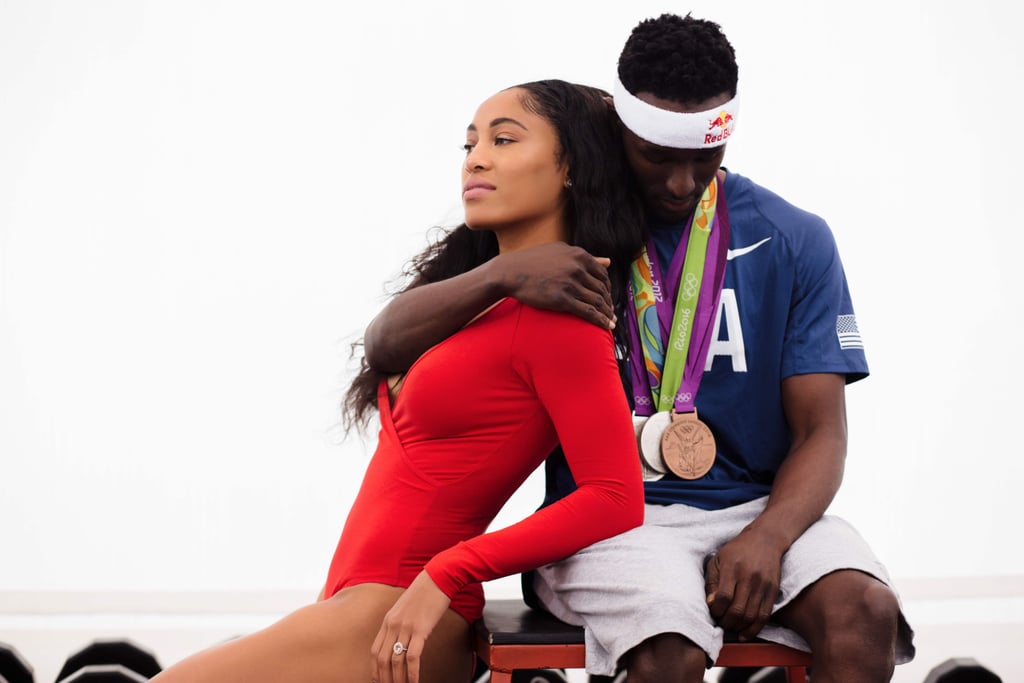 Will Claye proposed to his longtime girlfriend, Queen Harrison, the only way an Olympian possibly could — by leaping into the stands after winning a medal in Rio and getting down on one knee. Because, of course.

They're both decorated and accomplished athletes; Will is a Red Bull and Olympic long jump and triple jump athlete — two-time triple jump silver medalist and long jump bronze medalist — and Queen is a hurdler for Team USA. The Olympic duo met while competing on the European track circuit in 2011. "We were actually in Stockholm, Sweden, for a track meet and both pretty tired of the food they were serving us," said Will. "So when one of our mutual friends, Angelo, invited us both to dinner, we went. We ended up eating at the first thing that reminded us of home, TGI Fridays!"

Related:
The Dream Wedding For the Couple That Eats, Sleeps, and Breathes Fitness

They fell in love shortly thereafter. Queen said, "Truly, I just love him and what he brings to my life and am super hype being aboard the Claye train." Sounds fun. And of course, as two athletes, they had to have an athletic theme for their engagement shoot. The location choice was an obvious one: the Olympic Training Center in Chula Vista, CA.

Look through to get a peek at the gorgeous engagement photos of this fitness-obsessed couple (maybe it'll spark some ideas for your own shoot?). And just wait until you see that ring.

Health News
From Bandanas to DIY Masks, This Is How Effective Your Face Covering Is, a Study Says
by Maggie Ryan 12 hours ago 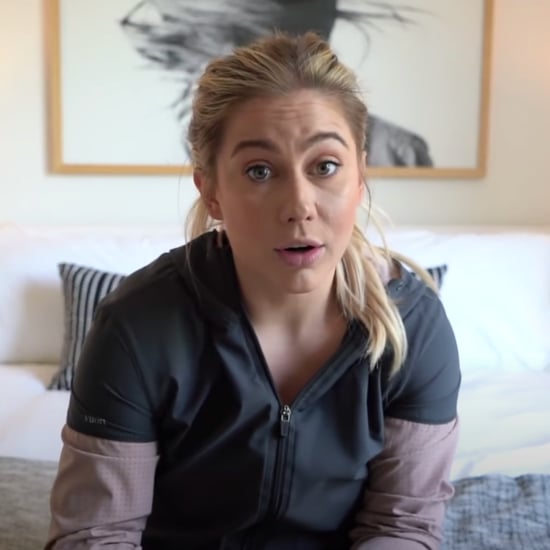 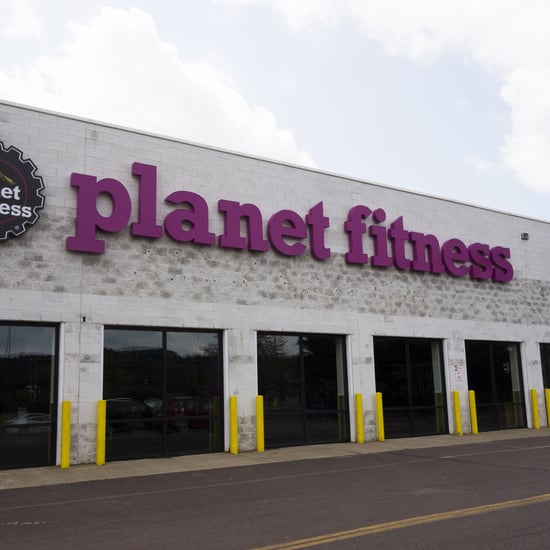 Wedding
These Brides Had the Sweetest Wedding, and Wait Until You See Their First Look
by Lauren Harano 1 day ago

Healthy Living Tips
When You Need a Moment of Calm in Your Yoga Practice, Turn to These 3 Poses
by Victoria Moorhouse 1 day ago