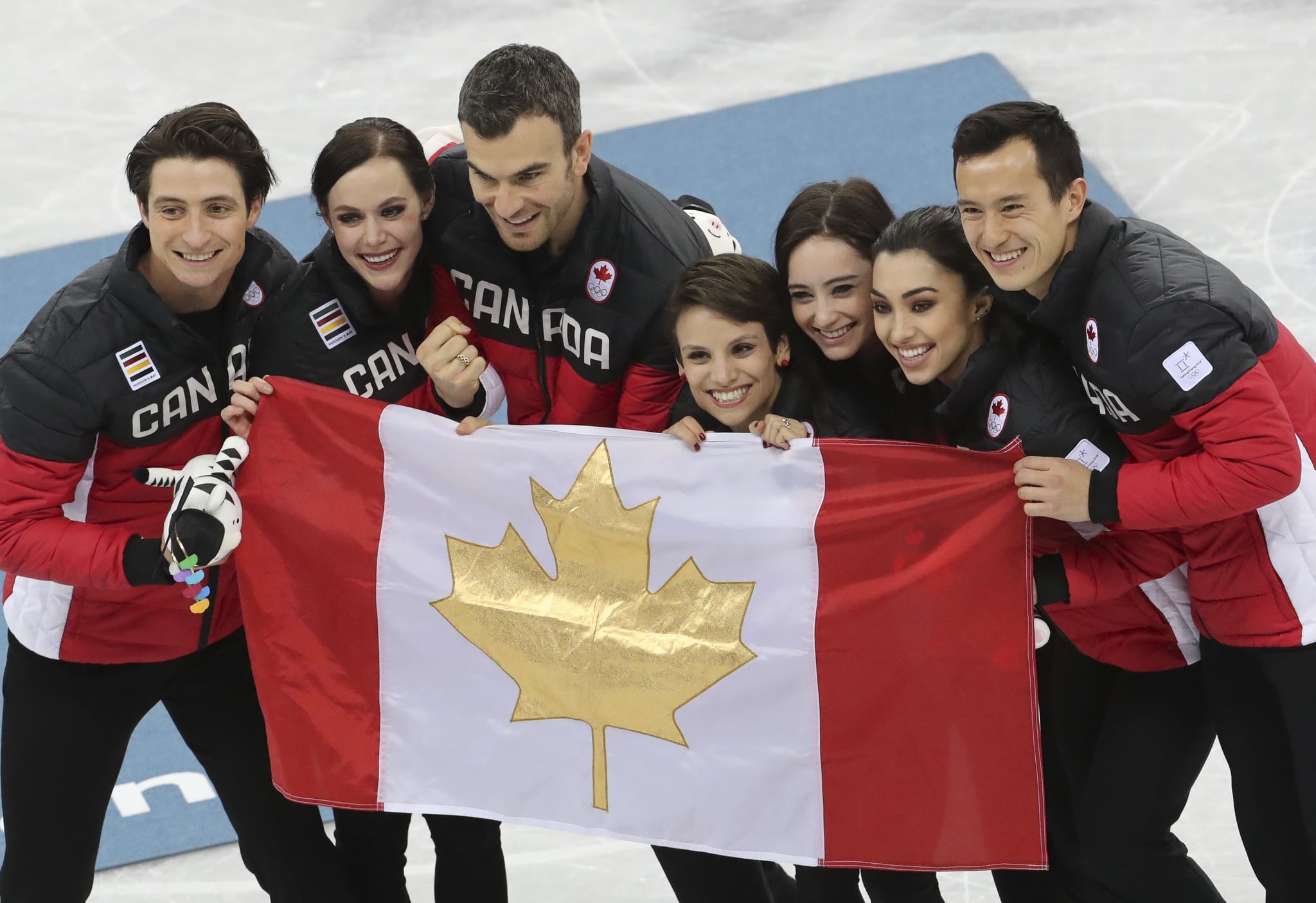 Can we talk about how Team Canada comprises some of the nicest human beings on earth and apparently lives by the "there's no 'I' in team" philosophy? The neighbors up north have a tight-knit figure skating team who care more about the entire group going home with gold than any individual member. It's fine, they're just going to heaven. Carry on.

Patrick Chan, Meagan Duhamel and Eric Radford, Tessa Virtue and Scott Moir, Kaetlyn Osmond, and Gabrielle Daleman took the podium together Monday night in Pyeongchang, South Korea, in a display of sheer joy and gratitude that could melt even the iciest of cold, dead hearts.

And despite being complete rock stars and Olympic gold medalists, they're unfathomably humble. "At the end of the day, a medal is a medal," Patrick Chan told the Canadian Olympic Team site. For anyone who says a team medal isn't as good as an individual medal, Chan balks at that. "I'm going to hold this medal tight to me and it's going to be as good as the individual event." 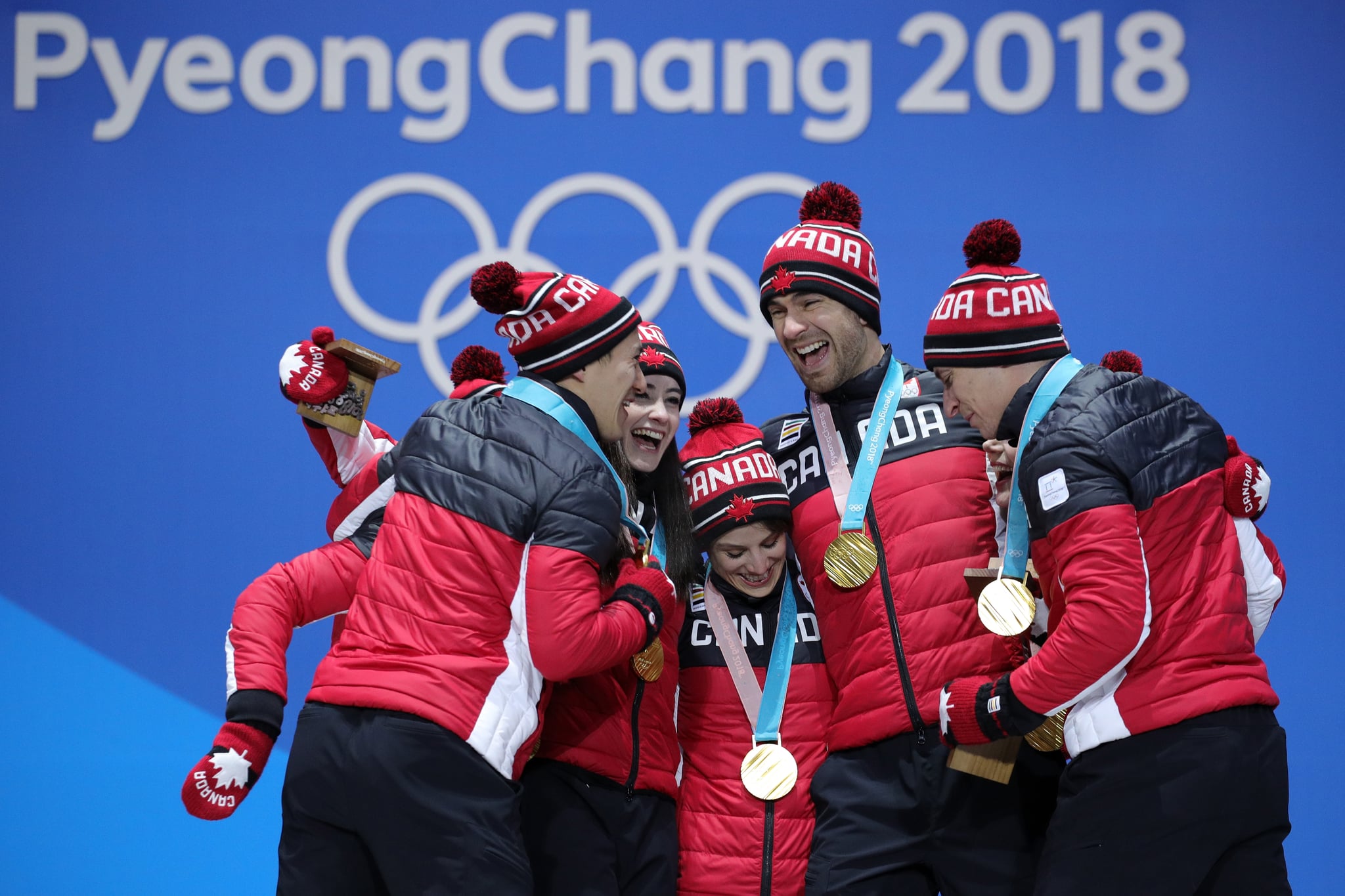 The teammates have a special bond, too (because of course); not only did most of them grow up together, but veteran Olympians Chan, Moir, and Virtue came out of retirement specifically for Pyeongchang — and for their team.

Moir said they wanted another chance at gold this year, so they gave it another shot before retirement. "We've talked about how we weren't thrilled with our approach in Sochi [2014 Olympic Games]," Moir told ESPN. "Some team members thought it was a dress rehearsal, others were trying to go after it and win the gold medal. We had our signals crossed and it didn't work out for us, so this time the goal is clearly to win." They came together in an unreal way this year and proved that nice guys (and gals) definitely don't finish last. They finished WITH OLYMPIC GOLD.

Look how cute they are.

After finishing second in the team event at Sochi 2014, #TeamCanada tops the #figureskating podium at #PyeongChang2018

Chan put it perfectly (and humbly as ever), acknowledging that it was truly a team effort: "I'm an Olympic gold medalist now, thanks to a team."

But wait, before we go: can we just observe how Team Canada erupts with excitement after a skater from another team lands a triple axel? SPORTSMANSHIP, people! It's like Canada invented it.

Watching Team Canada erupt into applause when American skater Mirai Nagasu became only the third woman to land a triple axel at the #Olympics almost made me tear up. pic.twitter.com/VKBg7Tnmkh

Olympics
The US Announces a Diplomatic Boycott of the Beijing Olympics: "It Cannot Be Business as Usual"
by Kelsey Garcia 19 hours ago