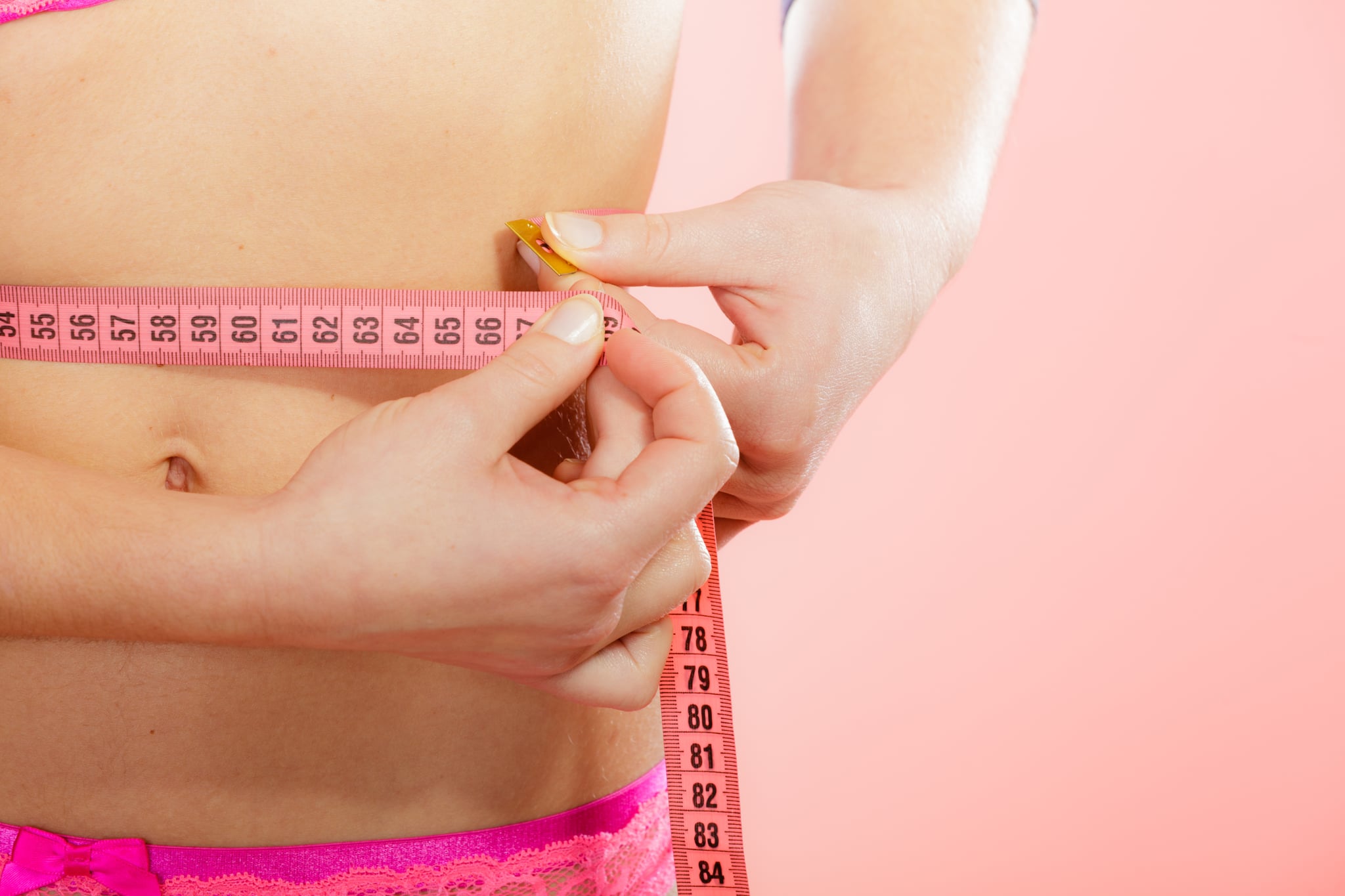 Your genes definitely play a role in what you weigh, but a surprising new study says it's not necessarily as set in stone as you may think.

A few years ago, science discovered over 30 potential genes on 12 chromosomes that could affect our body mass index (BMI), meaning some of us have a genetic makeup that makes us more likely to have an expanding waistline. And a new study of nearly 10,000 people, published in Health Education and Behavior, found that people who think they have this "fat gene" are more likely to be obese. The kicker? The results held true even for the people who didn't actually have obesity in their DNA.

Researchers from Texas Tech found that people who simply believed they had a genetic predisposition for obesity were more likely to eat fewer fruits and vegetables, dine out more, eat more processed junk foods, pay less attention to nutrition labels on food products, and skip the gym — thinking it's pointless to even try. The researchers added that, ironically, these people are also more likely to avoid the things that can prevent weight gain, turning this false belief into a self-fulfilling prophecy. (Use the strength of your outlook for good with these 7 Mind Tricks For Self-Motivation.)

Even with the idea of the fat gene itself, there are a handful of problems. For starters, we don't know exactly how much or what influence these obesogenic genes have on our weight. Plus, the common belief that "genetics are destiny" is wrong, according to research published in Nutrition Review. Because the ability to store fat was so important to human survival, most of us probably do have some predisposition to obesity, they write. But just because most of us have some "fat genes" doesn't mean that that is what is causing the obesity epidemic, according to a different study from Boston Children's Hospital published in Science.

"Thus far mutations in about eight genes are known to cause obesity in humans. But these mutations account for under five percent of the obesity in our society, and certainly are not, by themselves, responsible for the current obesity epidemic, since the mutation rate in these genes could not have changed dramatically during the past 20 years," wrote lead author Joseph Majzoub, MD, chief of the division of endocrinology at Boston Children's Hospital. (Are "Young Genes" the Secret to Gorgeous Skin?)

Rather, scientists think it's more important how you and your genes interact with your environment than whether or not you have the genes themselves (something you would only be able to know if you had extensive genetic testing done, anyhow).

For example, a past Danish study showed how exercise can "turn off" a common obesity-promoting gene. They found that couch potatoes who carried these frustrating genes did in fact have higher BMIs than inactive people without the gene variant — but once exercise was added in, those with the fat gene had BMIs no higher or lower than active people who didn't have it. Plus, the more you work out, the more you can change your "destiny," since Endurance Sports Make Your DNA Healthier. And that's just the tip of the iceberg on research that shows it isn't the genes you were born with so much as what you do with them.

So instead of despairing that you may have inherited Grandma's tendency to carry weight around her waist, you should use this information to give you a reason for making healthy changes rather than making excuses for avoiding them.

For more stories from Shape, check out:

Weight Loss
I Ate a Handful of Walnuts Before Dinner For 2 Weeks, and I Ended Up Losing Weight
by Lauren Manaker 4 days ago