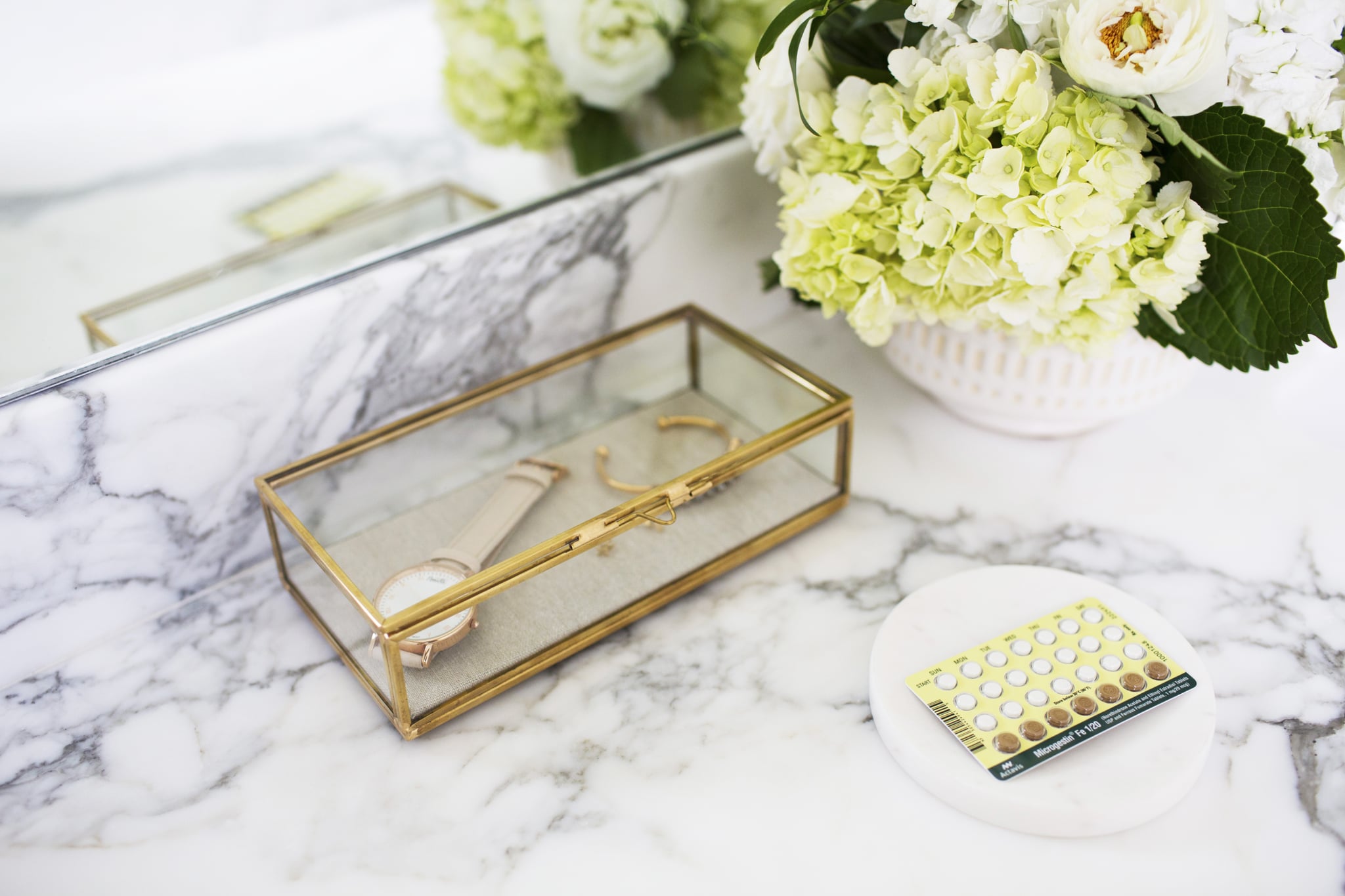 With several options on the market for contraceptives and lots of press about certain ones, it can be difficult to sort through the information and make a choice that is right for you. The NuvaRing is one of those products. Over 44 million prescriptions for NuvaRing have been written in the United States as of 2013. That means many women are using and benefiting from it. However, the company has also been plagued in recent years by reports of devastating side effects and even death. Litigation against its manufacturer, Merck & Co. Inc., actually resulted in a $100 million settlement in 2014.

Settlements typically do not require admissions of wrongdoing or product liability, so as of now, NuvaRing is still on the market. And in an interview with POPSUGAR, Dr. Richard Duncan III, chairman of Duke Regional Hospital's Department of Obstetrics and Gynecology, said doctors are still comfortable prescribing it to patients who have no contraindications (meaning they don't have conditions that would make hormonal birth control inadvisable).

So what is the real story about NuvaRing, and should you feel comfortable using it?

NuvaRing was approved for the prevention of pregnancy by the FDA in 2001. The product is geared toward women who prefer not having to remember to take a contraceptive pill daily. It's a self-inserting product, unlike intrauterine devices (IUDs), like the Mirena, that require a trained medical professional for placement and removal.

With NuvaRing, the user manually places the small, flexible ring (it's about the size of a hair tie) as far up in the vagina as possible, where it remains for three weeks. At the start of the fourth week, the user removes the ring for her menstrual period, then inserts a new one at the end of the week.

In contrast, IUDs like Mirena can remain inserted for up to five years or until whenever the patient decides to discontinue use.

NuvaRing contains the same combination of female hormones (estrogen and progestin) that is found in oral contraceptives. Dr. Duncan explained that both the pill and NuvaRing work by preventing ovulation (where other progestin-only products like Mirena work by preventing fertilization). Unlike oral contraceptives, which are absorbed during the digestive process, the hormones from NuvaRing enter directly into the bloodstream from the vagina.

Dr. Duncan noted that this process allows for a lower dose of estrogen to be delivered than even the lowest-dose combination contraceptive pill.

Most women do not notice the ring after insertion or during sexual intercourse, though some reports of both have been noted. In most cases, the manufacturer attributes discomfort to lack of full insertion.

And in case you were wondering, NuvaRing cannot be lost inside of you. The cervix prevents it from going too far, but there have been reports of inadvertent insertion into the bladder, which requires medical attention.

How Effective Is It?

According to Merck, NuvaRing "is just as effective as the pill when used as directed, and you don't have to think about taking it every day." Dr. Duncan has seen this result in his clinic in North Carolina. He notes that with "perfect" use, the 98 percent effectiveness rate can be achieved, yet patients achieving only "typical" use results in a nine percent failure rate.

Effectiveness can be compromised by incomplete insertion, accidental slipping out (potentially caused by breakage of the ring, sexual intercourse, use of tampons, or straining during bowel movements), or failure to insert and remove the ring at the same time of day on weeks one and four. If the ring comes out, it can be immediately reinserted (during weeks one and two) after rinsing in lukewarm water. Even if the ring breaks, its effectiveness only decreases if it slips out of the vagina.

Are There Side Effects?

Common side effects of NuvaRing are similar to those with most combined hormonal contraceptives (CHC): tissue irritation inside your vagina or on your cervix, headache (including migraine), mood changes (including depression, especially with history of depression), nausea and vomiting, vaginal discharge, weight gain, vaginal discomfort, breast pain/discomfort/tenderness, painful menstrual periods, abdominal pain, acne, and lessened sexual desire.

In Dr. Duncan's experience, women using NuvaRing typically do not experience more severe side effects than women using other CHCs. He counsels his patients to contact him if they notice any of the following: leg or calf swelling, worsening of headaches, irregular bleeding after one to two months of use, or malodorous vaginal discharge.

The real attention has been on the few well-publicized accounts of severe side effects such as pulmonary embolisms leading to heart attacks, strokes, and death that have been attributed to blood clots in users of NuvaRing. The danger of blood clots is present with all hormonal birth control, though some assert that the particular progestin in NuvaRing creates a higher risk.

Studies have been unable to confirm this increased risk with NuvaRing, so an educated consumer should read the disclosures on the NuvaRing website and package insert before use.

Dr. Duncan also noted that, as with other CHCs, the risk of clotting increases significantly if the patient smokes and is over 35, has had a stroke or heart attack, has any history of liver disease or cancer, has high blood pressure uncontrollable by medication, has a history or current issue with migraine headaches, has diabetes with certain key organ damage, or has heart problems susceptible to blot clots forming.

This laundry list of preexisting conditions is something that needs to be discussed with any prescribing physician prior to deciding whether NuvaRing (or any CHC) is the right product for you.

Dr. Duncan stated that if a patient was currently successful on NuvaRing, he would not change it, but would if requested by the patient. His recommendation as the safest hormonal product right now is progestin-containing IUDs. It's a choice, though, and what works for one woman may not for another. Many women have to undertake some trial and error before finding a good fit, personally and medically.

Whatever choice you make, be an educated consumer, work in conjunction with your physician, pay attention to anything out of the ordinary, and report any concerns — immediately. Women need to talk to their doctors about their personal health and family history as well as any concerns they have about birth control before committing to a particular product.