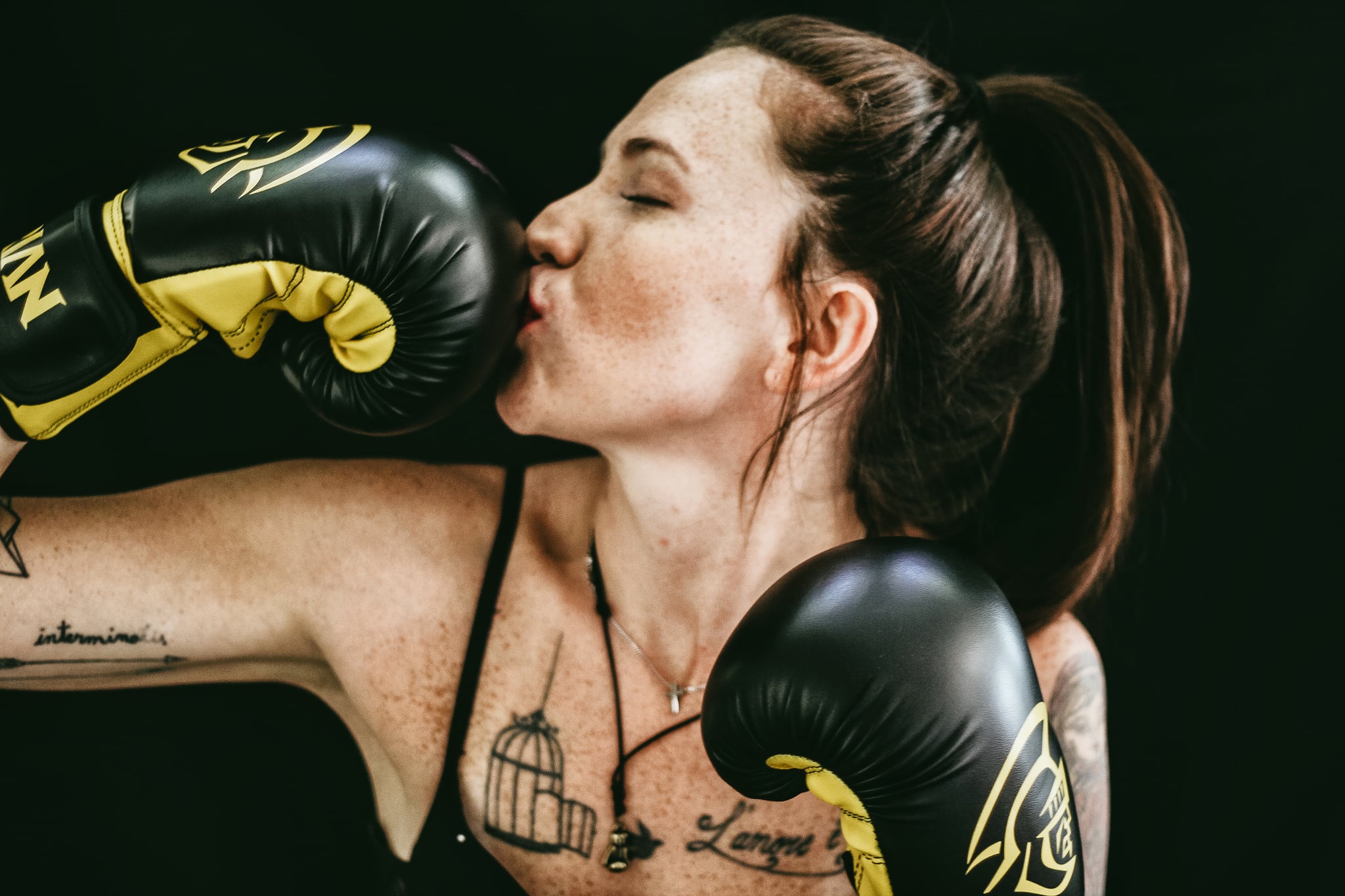 I was nervous walking into my first self-defense class. I'm not a physical or aggressive person, and I felt outside of my element entering the martial arts studio where I'd enrolled. I had never seen martial artists in action, so the environment seemed utterly foreign to me. But I was trying to shake off an unsettling encounter on Chicago's "L" train, and I was hoping to muster up some poise and perspective.

Related:
Why Krav Maga Will Change Your Life

The class was composed entirely of women. There were no chiseled athletes among us — we were nervous beginners of all ages, shapes, and sizes. Over the course of the class, we became well-acquainted with each other as we partnered up to practice chokeholds, grabs, and simple takedowns. It was a fun, supportive environment. My teacher was a black belt who seemed as though he had taught the class many times. He was a seasoned pro who had clearly put a lot of care into his approach.

I learned about the nuts and bolts of defending myself, and I also learned how to be a more physically confident person. It was deeply empowering. Here's what stuck with me:

Learning to Think If Being Attacked

My teacher was very professional the first time he put a hold on me. He explained exactly how he would approach, so I knew what to expect. But I had never been physically restrained, and I was surprised at my emotional response. His arms were like tree branches — strong and unrelenting. I felt ashamed at my reaction: tears sprung to my eyes. I felt trapped and powerless, and I froze in his grip.

My teacher explained what to consider when bound. In a calm voice, he narrated the steps to follow. His assurance and direction replaced the roadblock of my fear. He explained how I could breathe better if I slightly moved his arm from around my neck. He showed me vulnerabilities on his body that I could hit to stun him or knock him off balance. He showed me weaknesses in his hold that I could exploit to get free. He assured me that just by being able to remain calm and analyze this equation, I gave myself power.

I learned to analyze the mechanics of a hold instead of just panicking. As I gained more experience practicing with him and my classmates, I realized that I could problem-solve when I was bound.

This confidence stays with me, and it's a valuable takeaway: if I hadn't studied this, I would still be at the point where I get tears in my eyes if someone grabs me. Now I have an autopilot that kicks on. My body has been trained for that.

The Value of Rehearsal

Over the course of the class, we discussed preliminary moves like foot stomps, groin kicks, and kicks to the sides of the knee. We practiced throwing an opponent off balance by using our weight and momentum; for example, if someone grabs you with both arms from behind, you can break the hold by leaning back into his grip and then launching your body forward while snapping both of your arms straight.

We also learned about various pressure points including my favorite, the mandibular nerve, which is behind the ear and above the jaw bone. It's a great go-to point because it's accessible from many holds, and it really hurts when someone digs her knuckle in at that point.

The Importance of Awareness

I learned that a big advantage attackers have is that they surprise, scare, and suppress their victims. By conditioning strategic responses, we usurp that secret weapon.

An important way to avert danger is simply to be more aware, so that we take away the opportunity for a potential attacker to get an upper hand on us. When I'm on the train now, for example, I find it safer to stand or sit in an aisle seat rather than to box myself in by a window. I can't enact much from that position if someone tries to overpower me.

Also I recognize that I need to hear what's going on around me on the street. This has been disappointing for me to come to terms with, but I know that walking with my headphones on can make me a target. It leaves me unable to hear and with easy-to-grab cords near my throat.

Where I once harbored fear, I now amass strategy. I used to hit a mental roadblock if I would imagine being attacked. It was too scary for me to really contemplate. Now, I can think it through, and I can work out possible moves I would make in various scenarios.

I am a more confident person because I took this class. It empowered me in ways I couldn't have imagined when I started.

That confidence and awareness reverberates through me. It makes me walk taller and with a greater sense of awareness and purpose.

I plan to take a follow-up self-defense class, this time with my kids. I think everyone should train in these vital skills.

If you're considering taking a self-defense class, do it. Don't be intimidated to try it. You don't have to be brave or in great shape to be successful at this. Just show up and be willing to learn. It's worth it.